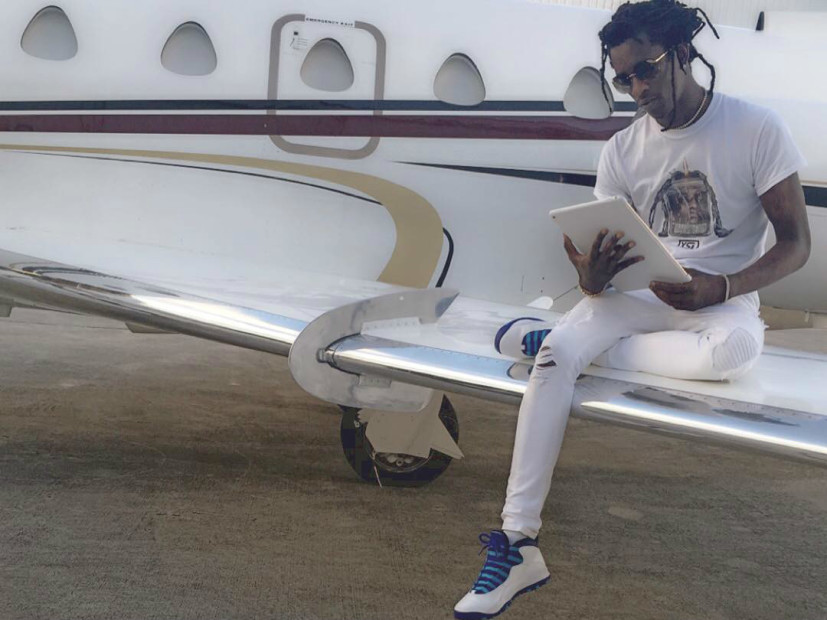 Young Thug’s Jeffery has a release date and it is the one that 300 Exec Lyor Cohen hinted at in a mysterious Snapchat post last week. The Atlanta rapper, who is now No, My Name is Jeffery, will drop his mixtape Friday (August 26), according to an eerie video he posted to Instagram today.

The clip shows Thugger, or Jeffery, sitting in an interrogation room with different people asking him his name. They insist his name is Young Thug, but he keeps responding with “No, my name is Jeffery.”

Jeffery was originally supposed to drop on Young Thug’s birthday, August 16, but that didn’t happen. He promised fans a new song with Wyclef Jean instead, which turned out to be “Elton,” one of the songs on the project’s tracklist.

The name change is apparently temporary and is only for this project.

Watch the clip of No, My Name is Jeffery announcing the release date for Jeffery below.

Young Thug’s next project, Jeffery, has a release date, according to the Atlanta rapper’s Instagram.

Jeffery, which is based off the rapper’s real first name, is set to drop August 16, as shown by two posts.

Thugger’s last full-length release was Slime Season 3, which dropped in March, one month after his I’m Up surprise mixtape.

In the meantime, Young Thug squashed his beef with Future and modeled womenswear for Calvin Klein.

Young Thug is supposedly working on yet another mixtape, this one called Jeffery, the Atlanta rapper posted on Instagram today. Thugger was born Jeffrey Williams (yes, the two spellings are different as far as we know.)

The video shares a preview of the project and shows off Young Thug’s diamond watch and rings.

In another recent Instagram post, he was working with Gucci Mane and it has since been revealed that Young Thug and Kanye West are the only noted features on Guwop’s forthcoming Everybody Looking album.

Thugger released Slime Season 3 in March. The project was one of 10 that his director said in December that was due to be released.

Watch the preview of Young Thug’s Jeffery mixtape below: