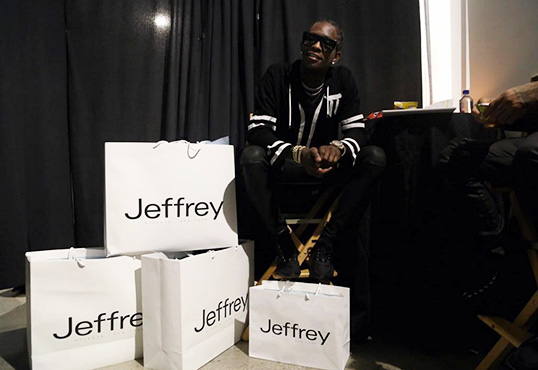 Young Thug is no longer Young Thug, according to 300 Entertainment co-founder Lyor Cohen.

In a recent interview with Rap Radar, Thugger’s label boss explained the name change and said there’s a commercial coming soon that will reveal the re-branding.

“Young Thug is not going to be Young Thug anymore. His new name is gonna be ‘No, My Name Is Jeffery,'” he said. “And the reality is when you see this commercial you’re all gonna understand what we do at 300.”

He spoke about how Thug’s new name is part of his evolution as an artist, and seemed serious about the transition.

Meanwhile, NMNIJ continued to promote his upcoming Jeffery project, with a handwritten tracklist and some posts that hinted at an August 16 release date, which would mean it comes out the same day that he turns 25.

It’s tough to decipher some of the track titles, but the running theme seems to be that the songs are named after celebrities, including Floyd Mayweather, Elton John and Birdman.

Listen to the interview clip below.