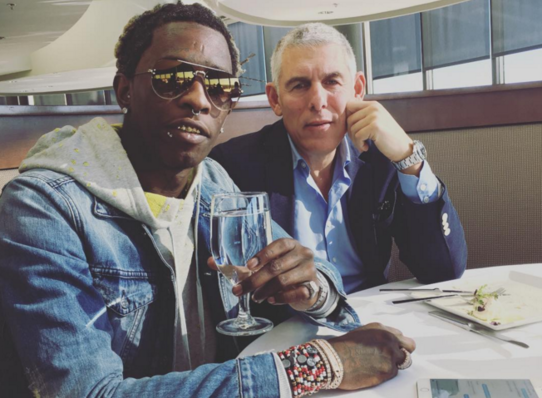 Young Thug Argues With Lyor Cohen Over His Career

Wednesday (April 13) night’s episode of CNBC’s Follow the Leader featured 300 Entertainment boss Lyor Cohen and Young Thug in a back and forth over the rapper’s shyness to do interviews.

“I understand that you’re shy and you don’t like doing it, but the fact of the matter is, your fans actually want to hear from you,” Lyor says to Young Thug in a meeting over the release of Slime Season 3.

While Lyor tries to convince Thug to do more interviews, the Atlanta rapper insists that he wants to focus more on making 10 number one singles this year which was met by a critique from his boss.

“If you don’t freestyle and you actually work on the singles and record great choruses and develop your songs, yes.” Cohen says. “You just record so many songs and leave them like little orphans out there. You have to come back to them.”

“Hell nah,” the rapper fires back. “The critics come back to them.”

On Saturday, Cohen was hospitalized after suffering a pulmonary embolism, which he addressed in his Snapchat story, “Anybody could get it. It’s a little blood clot that goes right up the body into the lungs and heart.”

Lyor Cohen and Young Thug’s exchange as seen on CNBC’s Follow the Leader is as follows: