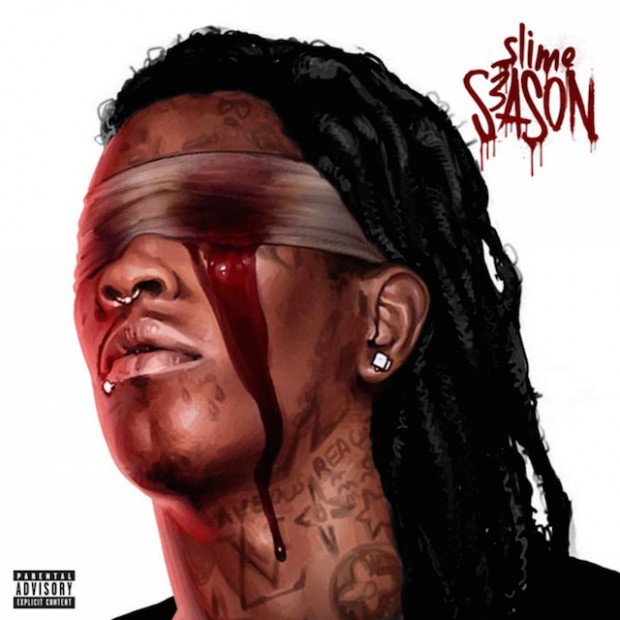 Hype, speculation, and scandal have always surrounded the 24-year-old virtuoso known as Young Thug and now that 300 Entertainment CEO Lyor Cohen seems to be fully behind the YSL brand, things have, surprisingly, only gotten weirder. The stoner’s much-ballyhooed latest work, Slime Season 3, has had one of the oddest rollouts this side of The Life of Pablo. The typically subdued rapper enjoyed his first ever radio run, premiered a song at Madison Square Garden during Yeezy Season 3, pump-faked with the initial release date, before announcing the new release date with a mock funeral procession during this year’s SXSW. Even on the day of the release, the antics were in full force with various people (from Zane Lowe to Kanye West) premiering tracks all throughout the day. But for both him and his fans, it’s still ultimately about the music so, in the words of the man of the year, “fuck all that, let’s get to it.”

This year’s I’m Up wore its heart on its sleeve, while Slime Season 3 hides the same tenderness under a louder, more defiant sound. Where the former might have Thug himself crooning about his best friend’s false conviction, Slime Season 3 simply places that very friend, Peewee Roscoe, as a feature on the YSL showcase “Slime Shit” so he can passively mutter “fuck the judge.” While many might be drawn to the tape’s relentless opening run, the best three-song run on the project is courtesy of the London on da Track powerhouse (“Digits,” “Worth It,” “Tattoos”), with the soulful twinkle of “Tattoos” being one of the most understated moments on the mixtape. However, not to be outdone by their colleague, Mike Will Made It and Allen Ritter provide Slime Season 3 with the unhinged bounce of “With Them” and “Drippin,” respectively.

Although he already has a handful of cult classics, Slime Season 3 is built to be his most accessible release to date. It’s the swan song before he finally makes the conversion to being an album artist. Fear that streamlining Young Thug’s music, reeling in his creative mania, would hinder his allure are valid. This project may lack the range and subtlety of last year’s Barter 6, but that’s not to say it’s one-note. “Memo” and “Worth it” anchor the lovesick persona of Thug at either ends of the album, while the soaring anthem, “Digits,” is structured to be the backbone for the entire release. The alien raps sent to help us progress as a species are also still present (which is why we probably didn’t all die in 2012). He still phrases his bars like he’s Yoda while pulling off complex lyrical acrobatics with reckless abandon (just try rapping along with opener “With Them”). However previous releases have been oozing with unpredictability, Slime Season 3 sacrifices what makes Thug so intriguing for something much more accessible. Young Thug’s extensive catalog is spotted with dynamic moments and this project seems to forgo such progressiveness. The range is still there, but sectioned into neatly packaged offerings. If you want the hopeless romantic, check out “Worth It,” while “With Them” is there to provide the witty one-liners.

Possessing a more tangible sound, Young Thug is finally aiming to cement himself at the forefront of mainstream rap. On a macro level, the unpredictability of his 2015 output may be missing, but up close and personal you can still witness the rapper cleansing his soul through his music. “You don’t know a ting ‘bout me, okay,” he declares on the standout “Drippin’,” in a Jamaican accent he pulls out of the Bermuda Triangle. And after countless hours of music, this still somehow feels true.