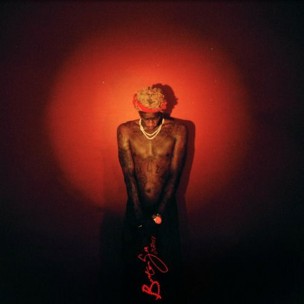 There wasn’t a game that defined console first person shooter like GoldenEye:007 on Nintendo’s fifth generation N64. Nearly every release in the genre has found some form of direct influence from Rare’s innovative take on Pierce Brosnan’s first go at James Bond nearly 18 years later. However, ask anyone who was more into PC gaming and they’ll proclaim how long the genre flourished before GoldenEye hit the market. It didn’t matter. The name became so strong that Electronic Arts even created an atrocious sequel and Activision tried to flat-out remake it. The name and ideas were the draw, not the actual spirit. That’s an approach Cash Money failed miserably with as Lil Wayne’s 500 Degreez never reached the heights of Juvenile’s major label debut 400 Degreez. Why? A then young Weezy flat-out attempted to make a better record instead of paying homage. Clearly, that level of ambition eventually catapulted him into superstardom. Fast forward 13 years, and Lil Wayne and Cash Money are engaging in the biggest legal battle Hip Hop has ever seen. Meanwhile, Dwayne Carter’s biggest creative beneficiary, Young Thug, releases his grand introduction through Barter 6. Of course, this comes as Weezy eleventh album Tha Carter V, sits in limbo. This could have been a failed opportunity for Thugger but Barter 6 is mixtape era Wayne concentrated with traditional Atlanta strip club conventions.

If Thugger kept Tha Carter 6 name, it would have been in name and ideas only, similar to the attempts at reimagining Goldeneye. It would have also been a grave mistake. There wouldn’t have been poignant moments like “Tie My Hands” or lyrically enticing moments like “Best Rapper Alive.” Sure, Thug sounds similar to Wayne in terms of delivery and even indulges in a little bar biting, but he fits thematically more in line with former mentor Gucci Mane (he was signed to 1017 Brick Squad) or other Atlanta mainstays 2Chainz and T.I. This makes the goal of Barter 6 quite clear, creating extremely high quality strip club music. On that level, Young Thug largely succeeds. For the project’s entire fifty-one minutes and thirty-one seconds, Thugger manages to embrace those Weezy influences and evolve them into something of his own. Anyone looking for something similar to “Stoner” or 2014’s breakout Rich Gang collaboration with Rich Homie Quan in the form of “Lifestyle” will be disappointed.

Barter 6 opens with something that becomes a constant theme throughout the album, “Constantly Hating” featuring Baby. Sure, both are disliked for a variety of justifiable and unjustifiable reasons but regardless, in rhyme they’re looking to get money, spend money, have women, do rich shit and try to dodge trouble, even if self-inflicted. Those themes have been explored by nearly every rapper that’s drawn breath for the past couple of decades, but hardly ever with this level of irreverence and style. Hell, Birdman manages to spit the best bars of his lackluster solo career, which also continues on album highlight “Knocked Off.” Why even try to appeal to heavy Hip Hop heads at this point? Thug eventually makes a point that in most circles, hyper-lyricism doesn’t matter. While most artists in Thug’s generation give futile attempts at appealing to that sect along their core audience, he outright dismisses it. So much to where he’s flat out inaudible but, his melodic voice becomes the star. If he can do one thing better than his idol, it’s actually holding a note. Then those hilarious adlibs and left-field moments like “Amazing” where he actually burps on record only add to its entertaining charm. Thug has studied everything in Weezy that works right for him instead of tackling the entire scope of the legend. Wayne isn’t the only artist he takes cues from. “Dome” featuring Duke and closing track “Just Might Be” uses unique takes on Migos’ highly jaked triplett flow.

That doesn’t mean Thugger is a lyrical slouch. He transitions pretty effortlessly between serious and flat-out hilarious, over-the-top and head-scratchingly ridiculous without missing a fascinating beat. There are some brutal bars that utilize Wayne’s standard description of getting shot in the head, “I might shoot you in your head and there be no more thinkin,’ pussy boi leave you dead and call it dedication” which may or may-not be a diss toward Weezy on “Can’t Tell” featuring T.I. and sore spot verse from Boosie Bad Azz. There aren’t complicated bars that linger pretty far, it’s for the drugged up psychological make-up of Young Thug’s mind. Yes, his worldview is totally limited compared to the guy he worships but the voice at times is just as effective. Barter 6 is Thug getting more provocative than Wayne in terms of drug intake, sexual encounters along with newfound fame and fortune. He flat out appears bolder. When Weezy wore those extremely tight jiggings during an MTV award show or even got caught kissing Baby, he sort of ignored the backlash. Tracks like “Halftime” have him embracing naysayers with “Every time I dress myself, it goes mother fuckin viral,” and “I pull up on bitches dressed in all white like I’m Miley Cyrus / No I’m not gay, I fuck bitches, I whip it out she suck on my private.” All of that before saying this year’s zaniest line: “I’m Beyonce, I am a bumblebee.” At times, Barter 6 really does reach Lil B levels of absurdity. Challenging comical Hip Hop notions of hyper-masculinity while partaking in its functions are contradictions that define Young Thug and the funny thing is that he probably doesn’t even care to realize it. That dismissive and mocking attitude toward social norms within the culture at times is groundbreaking below the surface.

That continues on Barter 6’s mid-way point “Dreams” featuring one of the tapes’ most effective guest appearances, thanks to Yak Gotti. The album is heavy with features and they work well. Everyone else, like Young Dolph and Cash Money artists Jacquess, serves their proper purpose. Holding everything together sonically are Wheezy 5th and London on da Track. Barter 6’s two-man production team keeps everything tight by setting the perfect tones. Both hit strides like they’re channeling younger versions of Beats By The Pound or Mannie Fresh. The bouncier, spaced-out fares are handled by Wheezy 5th while London on da Track arranges the harder beats. Those harder beats from London really uplift “Check” to one of the best payday tracks since Bone Thugs-N-Harmony’s “1st Of The Month.”

On its own merit; Barter 6 is the definitive mainstream strip club album of the modern era. This album may take clear mechanical cues from Weezy F Baby but the spirit is more Mystical’s Let’s Get Ready or Ying Yang Twinz’s United State of Atlanta. It’s post-Wayne freethinking surrealism with the raw 808 bounces that’s defined Atlanta’s sound for the past few years.