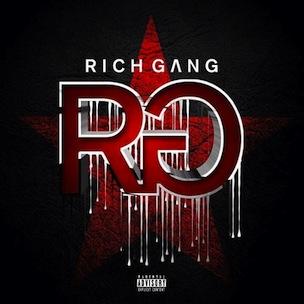 Like his close associate DJ Khaled, Birdman never misses a moment to promote his accomplishments with Cash Money and Young Money, with the latest album, Rich Gang highlighting the ever-expanding rosters between the joint labels. At face value, the project seems reasonable, though the concept has been overused. The real test with a compilation is making the pieces fit together, and with that task at hand, Rich Gang fails to deliver.

While each member in Rich Gang plays to their proverbial strength, they lack direction on an album that runs 16 tracks deep. Busta Rhymes and Cory Gunz both pick up the pace on “Everyday” with double-time flows, and Tyga and Bow Wow are as lewd as they ever were on “Panties To The Side,” brazenly describing their bedroom activities (“Pussy sweet like apple juice / Fuck her ‘til her pussy loose…”). In what seems like a millionth attempt at kick starting their Rap careers, Mack Maine and Gudda Gudda feebly emerge for a split second before taking out the trash at Birdman’s Cash Money estate. The best performance of the lot comes from Mystikal on the opening-track, “R.G.” The 42-year-old rapper sounds reinvigorated here, spitting venomous lines like he took a shot of Rap elixir to the dome.

With the Rich Gang team languishing throughout, the most impressive part of the project is the feature work. T.I. tears through “Hate It Your Way” with skilled precision, while Kendrick Lamar becomes the focal point of “100 Favors,” as he gracefully raps over the blissed-out record (“You say K. Dot your page got that pay that Birdman and Jay got / One day you’ll reap what you sow, now I reap for us both…”). Usually a hindrance, even Future makes the most of his limelight with “Tap Out,” crooning over the intense synth beat.

Given Birdman’s prominent role on Rich Gang (he’s featured on 10 of the 16 tracks), one could surmise that this was originally a solo album which eventually got chopped for promotional purposes. Regardless, his performances become a burden to get through. Whether it’s his stilted delivery on “Tap Out” or his weak similes on “100 Favors” (“High speed, all gold / Lord of the ring…”), he sounds unmotivated. Evidently the motto, “Like father, like son,” is implemented here, too, with Lil Wayne phoning in a majority of his verses for the sake of consistency.

Rich Gang has its moments, but ultimately does little to establish what is truly compelling of Birdman’s latest signees, as well the executive’s own place in the Rap game. At best, this is a lateral move from their 2009 release We Are Young Money—which isn’t a great indication that their collaborative efforts are progressing. There’s no doubt that this project will have traction with some listeners, but that will based on the names involved and not the quality control (or lack thereof) presented.