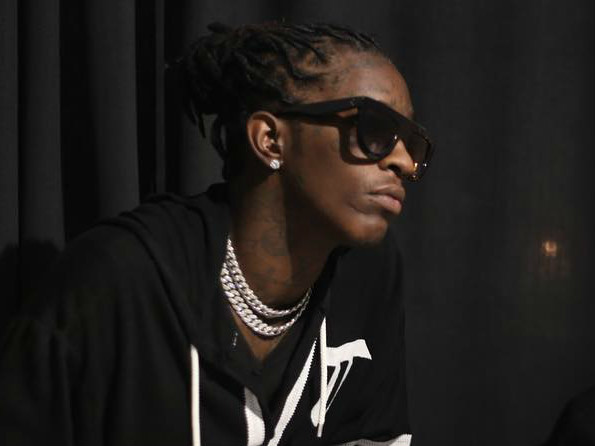 Don’t worry everyone. We won’t have to call Young Thug “No, My Name Is Jeffery” for long.

Sitting down with Travis Scott on “.wav radio,” Thugger makes his first public comments about the name change.

“I’m Jeffery for one fucking week,” he says. “If I don’t sell a hundred thousand copies, everybody gonna be talking about Jeffery.”

He is referring to his Jeffery mixtape, which is slated to drop today, his 25th birthday. One hundred thousand copies seems like a far stretch as his Barter 6 mixtape sold 18,000 units its first week and this year, his highest-charting project has been Slime Season 3, which pushed 38,000 units upon its debut in April.

The project might be delayed if the radio host tries to jump on it. Maybe a Travis Scott appearance will help boost the sales for Jeffery.

300 Entertainment exec Lyor Cohen made the announcement for the new name and also suggested that Jeffery might be delayed to August 26.

Well, we here we are on August 16 at 11:30 a.m. PST with no Jeffery mixtape. We still have plenty of hours before the clock strikes midnight, but time will tell how long Young Thug is known as “No, My Name Is Jeffery.”