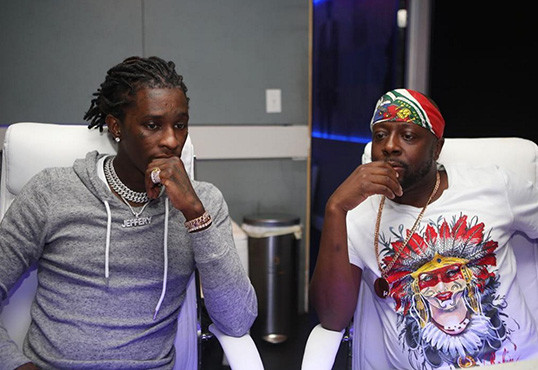 Young Thug Making Up For "Jeffery" Delay With New Song ... That Is Also Delayed

Young Thug (going by the name No, My Name Is Jeffrey for now) has been hyping the release of his new Jeffery EP for weeks with captions on Instagram teasing “8-16.” August 16 came and went, but no new music from him appeared. There were clues that the project might be dropping August 26, but a new post from Thugger shows that the release was indeed intended for Tuesday (which was also his 25th birthday) and apparently that some last-second changes slowed things down.

He took to Instagram to apologize for the delay, explaining that the holdup was because he wanted to change the cover art for the project.

Shortly after, he posted a photo of himself with Wyclef Jean, and a clip of the Fugees original wishing him a happy birthday in song. “Dropping in 1 hour,” he wrote in the caption. That was 13 hours ago, and still nothing new.

It’s hard to hold it against him, though. Celebrating your 25th birthday with Wyclef is a one-time opportunity, and a strong enough reason to relax your release schedule.

Check out the clip and photo below.

Dropping in 1 hour… @wyclefjean thanks brada..