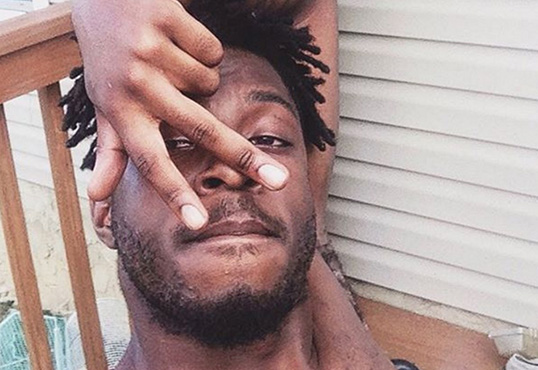 The LP includes a long-awaited collaboration with Kendrick Lamar. Other TDE members SZA and Jay Rock also appear on the 17-track project, which includes the singles “Free Lunch” and “Park.”

Stream Isaiah Rashad’s The Sun’s Tirade album at Apple Music or below via Spotify.

Isaiah Rashad released the tracklist for his The Sun’s Tirade album, and it includes a long-awaited collaboration with Kendrick Lamar.

K. Dot is to appear on a song called “Wat’s Wrong” alongside Bakersfield, California singer Zacari.

The singles “Free Lunch” and “Park” are also to be on The Sun’s Tirade, which is set to drop Friday (September 2).

As told to HipHopDX earlier this month, Rashad brought back Chris Calor, Antydote and D. Sanders for production after their work on Cilvia Demo. He also enlists Cam O’Bi, Steve Lacy and Mike WiLL Made-It for beats.

Check out the full The Sun’s Tirade tracklist below.

Isaiah Rashad’s new album is called The Sun’s Tirade, according to a post the TDE rapper made on Twitter today (August 26). He also shared the cover art.

The project, which is the follow-up to 2014’s Cilvia Demo, is slated to drop September 2.

Rashad spoke with DX intern Riley Wagner at an adidas event in Los Angeles about what to expect on The Sun’s Tirade, saying he has many of the same producers from Cilvia Demo, but will show personal growth, too.

“It’s weird…Going from being a rap fan to having to take rap serious all the time…,” Zaywop said. “I really don’t think about my projects like that anymore. That would like, mess me up in the head. I’m 25 now, it’s growth. A little different perspective.”

Stay tuned for The Sun’s Tirade next Friday and listen to his latest single, “Park,” in the mean time.

Check out Isaiah Rashad’s The Sun’s Tirade tweets with the album title and cover art below.

We all knew it was coming, but Isaiah Rashad’s album is officially TDE’s next release.

Rashad made the announcement at the end of his “Free Lunch” video with a note that says “09.02.16.” This number matches the date that TDE president Dave Free mysteriously tweeted last week.

The title for the forthcoming LP has not been revealed, but Rashad has released a slew of singles including “Nelly,” “Smile” and most recently “Free Lunch.”

The Chattanooga, Tennessee rapper’s last full-length project was his Cilvia Demo EP, which dropped in 2014.

So far this year, the California-based label has released untitled unmastered. from Kendrick Lamar and Blank Face LP from ScHoolboy Q. Ab-Soul’s next album is also reported to be dropping sometime this year and the rapper said he has turned in the tracklist.

TDE CEO Anthony “Top Dawg” Tiffith shared a release schedule for the rest of the year and says that projects from SZA and Jay Rock are coming as well. The label announced the signing of  Lance Skiiiwalker in May and has signed another artist who has yet to be revealed, according to Top Dawg’s schedule.

Check out the video for Isaiah Rashad’s “Free Lunch” here and get excited for September 2.