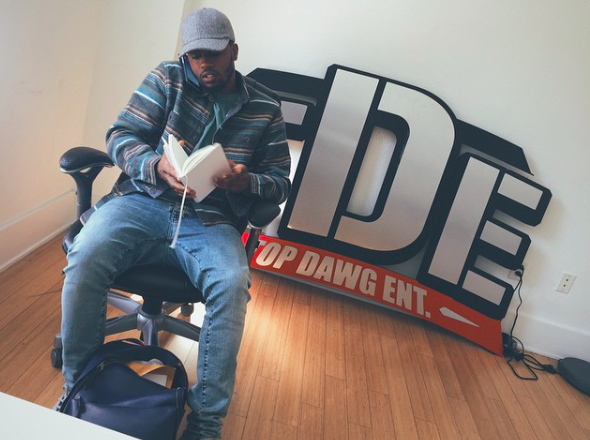 Many fans responded to Dave’s tweet with hopes for a fresh Ab-Soul or Isaiah Rashad project on the mysterious date.

An album from the Chattanooga, Tennessee rapper seems like the most conceivable possibility. Back in May, TDE founder and CEO Anthony “Top Dawg” Tiffith revealed that Rashad’s project is indeed finished and in the mixing stage.

Ab-Soul revealed in June that he turned in the tracklist for his next LP, so a new Soulo project in September is a reasonable possibility as well.

This past February,  Top Dawg shared the label’s 2016 release schedule on his Instagram, reminding fans that he “got y’all in 2016.”

Lance Skiiiwalker, whose “All Stops” visual was released on Friday (August 5), was revealed as one of two John Doe’s listed on the scheduling. Since the announcement of his signing to TDE, the newest member has released his single “Speed” and another visual, “Could It Be.”

According to the TDE schedule Top Dawg released, Ab-Soul, SZA, Isaiah Rashad, Jay Rock and a John Doe #2 all have the possibility to be involved in whatever is supposed to happen on September 2.

At the time of the schedule’s release, Jay Rock was in the hospital recovering from a near-fatal motorcycle accident. He closed out 2015 with the release of 90059, so a new project from the Watts, California native seems less likely.

So far this year, we’ve been blessed with a new project from Kendrick Lamar featuring eight raw demo cuts from 2015’s To Pimp A Butterfly that didn’t make the final album, in the form of untitled unmastered.