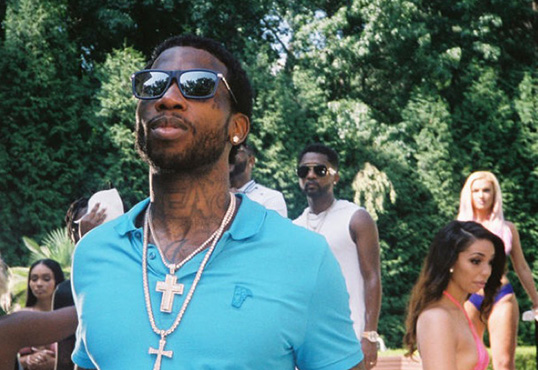 Mike WiLL: Gucci's New Album Is The Best Since 50 Cent's "Get Rich Or Die Trying"

Gucci Mane is preparing to release his first full-length project since being freed from prison last month. The album is called Everybody Looking and is set to drop July 22 with features from Young Thug and Kanye West.

Mike WiLL Made-It handled the production on Everybody Looking with Zaytoven. The Eardrummers boss spoke with The FADER about how they made the album with Guwop in six days.

The producer says that Gucci Mane’s work ethic is what has established him as a legend comparable to Tupac and The Notorious B.I.G. Gucci continued working while incarcerated and released numerous projects including the Meal Ticket album, a 36-track project.

Mike WiLL adds that the Trap King was inspired by other iconic albums from Tupac and Dr. Dre as he crafted his latest LP. Gucci Mane was hoping to create something that people can remember the times by when they look back on Everybody Looking.

“This is a classic Hip Hop album,” he says. “I haven’t really [heard] an album that felt this good since Get Rich Or Die Trying. That’s what everybody searching for. Me and Gucci had certain references that we were talking about with this album: All Eyez On Me, The Chronic. He mentioned Layin Da Smack Down by Project Pat. We were just talking about different, solid albums. And we was like, ‘We gotta bring that solid album of today.’ It has to be somebody that’s gon elevate this trap sound, this down South rap shit right now. Everybody’s doing their thing, but elevate it in a different way.”

HipHopDX spoke with Zaytoven about getting back to work with Gucci after his release from prison. He explained how Guwop has already impacted the music scene with his presence.

“Gucci is a guy that I think that has a sound that has created a way, even if you listen to the music today, it’s all, like 90 percent of it stems from the rap music that Gucci really created maybe 10 years ago,” he said, “so he just got out and got back to business, got back to doing what he do. Just like me, the sound I’ve created and the sound I have I’ve been doing since we’ve started, so there’s nothing that we really had to go and change. Of course we kinda sparked it up a little bit, added a few new things, we started working. But for the most part, he got back to doing what he been doing before he left. He knew how to do that so good, as you can see, he dropped so much music while he was gone, people hardly know he was gone.”