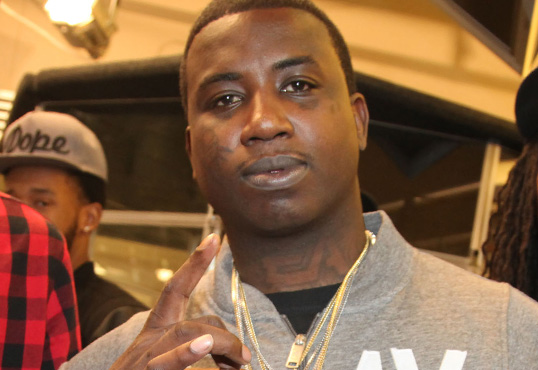 Gucci Mane Is Out Of Prison

Gucci Mane has been released from prison, according to videos posted on his girlfriend’s Snapchat.

This afternoon (May 26), Gucci’s girlfriend Keyshia Ka’oir started posting short clips to Snapchat documenting his release and return home. The videos show the two holding hands in a vehicle, a “Welcome Home” balloon arrangement, as well as shots of a studio. We have yet to see Gucci’s face, but the voice and body tattoos are a match.

He seems to be getting a warm welcome too, with further Snapchat clips showing the plush interior of a car and Ka’oir asking “Baby you like your new car? Maybach! Maybach!” and also unpacking plaques for Gucci’s Gold and Platinum-certified records.

“Me and babe having our own private welcome home party. Just us, no visitors. We don’t wanna turn up, we just wanna have family time,” she says over a clip of cake that says “Welcome Home Gucci.”

In a clip that shows an expansive home with a pool in the back, she says Gucci wanted her to make him Jamaican curry shrimp.

The surprise release comes more than 116 days earlier than his expected September date, documented down to the second on FreeGucciClock.com (which has yet to be updated).

The Atlanta rapper will still be under house arrest for a few months and then on probation, his lawyer told TMZ.

Gucci had been in prison since May 2014, when he pleaded guilty to possession of a firearm by a convicted felon. He was serving time in Indiana’s Terre Haute penitentiary.

Here are some screenshots from the Snapchat clips: