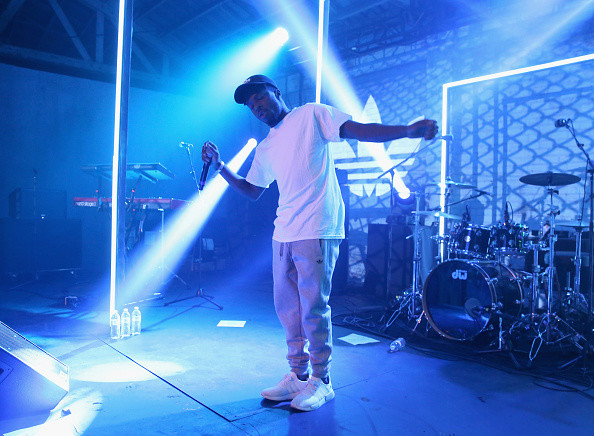 Los Angeles, CA – History will tell us Isaiah Rashad’s Cilvia Demo will go down as one of the most underappreciated works Top Dawg Entertainment ever put out. Never one to appear deterred in the public eye, the Los Angeleno by way of his proud hometown of Chattanooga, is gearing up for a sophomore season that he hopes to align his name with the prime players in the rap game. Including those artists within his own camp.

HipHopDX caught up with Spottie at The Last Encore: LA Presented by adidas Originals earlier this month, where the provocative MC performed alongside Raury and his labelmate SZA and he dissected some details for the LP the best way he knew how without offering up any spoilers.

“I’ve had the title [of the album] for a minute,” he replied to DX intern Riley Wagner, still tight-lipped on its labeling. “It’s weird…Going from being a rap fan to having to take rap serious all the time…I really don’t think about my projects like that anymore. That would like, mess me up in the head. I’m 25 now, it’s growth. A little different perspective.”

The 25-year-old rap poet also expressed how all the original producers from his demo such as Black Metaphor, Sounwave and The Antydote would be returning for his second album go around.

Although he didn’t specifically say who, Isaiah did confirm that members of TDE will make guest appearances on the album. Fans still crossing their fingers for that long-awaited sparring between him and Kendrick Lamar can continue to hold their breath a little while longer.

Check out our exclusive interview down below and check back in on September 2 for the full album stream.