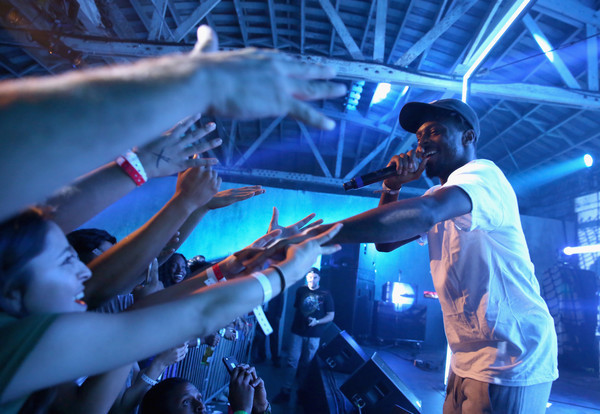 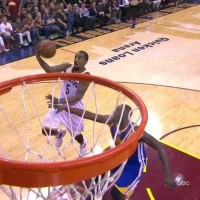 Even through Hip Hop’s Internet era, there’s still a noticeable sense of pride attached to running your region. Albeit, label heads realize the naivety of only fishing in one pond. Casting a wide net has become commonplace among major labels, and while they haven’t strayed too far from their Cali roots, Top Dawg Entertainment nabbed a diamond in the rough of the south with Volunteer State master of ceremonies, Isaiah Rashad.

A skim through the Top Dawg catalog boasts one of the beefiest rap rosters the globe has to offer, but aside from strong two album cuts and a visual in 2016, TDE has neglected the rising action of Zay’s spotlight. The dread-headed stepchild, his product remains passed over by an unfortunate majority of listeners, but not because of a lack of gumption. Inspired by his family, his circumstances, and an all-star rap Rolodex, Rashad totes a snug fit of sonics and concepts onto TDE through a distinct lens. The flows and spaced-out struggle of Cilvia Demo did more than suffice the Top Dawg standard, yet his talent remained all but abandoned for two years after, entrenching an egregious barrier between him and the rest of TDE’s rap roster.

When ScHoolboy Q dropped his “THat Part” remix, Zay’s voice was nowhere to be heard (although he did get a mention), and the label whiffed on Spottie’s best shot to date at generating the buzz his bars deserve. Instead, we were fed verses from all four of TDE’s Black Hippy members. And while Top Dawg has released official Black Hippy remixes in the past, Zay’s got an album dropping at the dawn of September, and his presence was as necessary as ever.

Instead, the Chattanooga native is on his own tearing a trail through of the thickets of southern rap. He’s equipped with a mind and a pen as sharp and intrusive as any Black Hippy, even if their members weren’t always on the bandwagon. Q even admitted his initial reluctance towards Zay’s foreign talent, saying in an interview with French outlet Booska-P that “He [Rashad] had to just come in and rap against us, and he held his own on his album. It’s incredible. I doubted him. I didn’t think he was gonna be able to. He proved me way wrong. I was shocked by his project.”

Compliments aside, the label’s ultimate reassurance in his potential would have been placement on To Pimp a Butterfly or the Blank Face LP. Hell, even Hollywood Cole got a shot to murder “Alright,” and could you imagine the gritty elegance that would have been Q’s “Neva CHange” if it got slapped with a hot 16 from Zay? Three years since inking his deal and all we’ve been rationed is two SZA features (“Ronnie Drake” and “West Savannah”), and guest verses from Q and Jay Rock on the remix to “Shot You Down.” Even yet, Zay’s video for the latter had him settling for small time Chattown rappers on set, not his two TDE running mates.

Cornrow Kenny’s rightfully situated as the TDE figurehead, and the Blank Face LP shines through the darkness of Q’s story, but the aura of Spottie’s star is still undervalued. Fending for his own down in the dirty is a role he’s both content and confident about, and he shakes off questions of pressure by bluntly stating “All I gotta do is rap good.” That’s what he’s done over the span of Cilvia Demo, “Smile,” and “Free Lunch” – so where’s the love? All it takes is a quick digestion of his work to realize that Rashad’s not only in good company with Top Dawg, but that his talent rivals and even surpasses that of his labelmates at times.

Kin groomed his sound as early as he can remember, with Rashad admitting that before his pops split, the two would sit up late and listen to legendary Hip Hop veterans like Scarface and Too $hort. His moms put him onto the sounds of Erykah Badu, Lauryn Hill, KRS-One, and Master P among others, and his grandmother grooved to Frankie Beverly & Maze. His mom even made him copy the dictionary as a kid, a catalyst to Zay’s refined writing. Fostered around these elements, he’s developed his own din and a unique narrative that’s manifested by his upbringing in Chattanooga, a city that’s yet to produce rap royalty. “You never know how interesting your world is until you document it,” he told the Fader last year.

Zay explores that world wholeheartedly — a spirit marred by an absent father, addiction, freeloaders, and suicidal thoughts. He admits that he likes “short and sweet shit,” but that one of his underlying goals is to “bring back line for line music.” Surrounded in the south by dumbed down, repetitive flows, Rashad’s tracks are an abrasive all the while refreshing alternative to his competition. Whether it’s the mesmerizing parallel structure of “Free Lunch,” the brash contradiction of “Modest,” or the polished lunacy of “Soliloquy,” his tracks don’t beg for the attention or acceptance of TDE and the rest of Hip Hop – they’re demanding it at this point.

That demand should be met with an equal demand from listeners when Zay drops his album on September 2, and TDE’s third release proves to be the charm of their year. Spottie will continue the investigation of his surroundings with keen attention to detail, a TDE trademark, and Hip Hop heads will continue to pose him against Top Dawg’s Black Hippies.

But if history can teach us anything, let it teach us that Isaiah Rashad is right where he belongs, and that’s somewhere situated towards the peak of Top Dawg’s totem pole, even if he still hasn’t yet garnered the attention or advertisement he deserves.