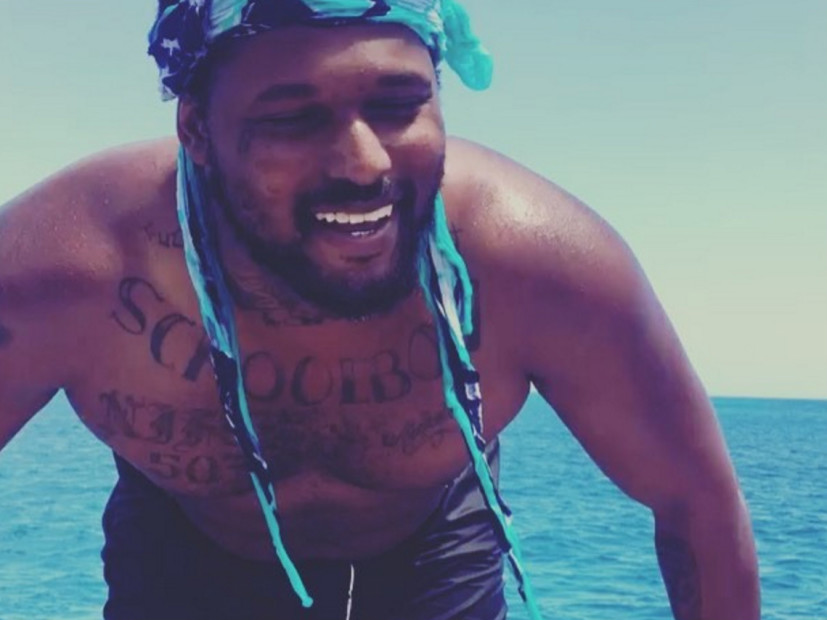 ScHoolboy Q’s Blank Face LP is finally upon us.

This is the follow-up to ScHoolboy Q’s Oxymoron, which dropped in 2014.

So far this year, TDE has also released K. Dot’s untitled unmastered. project, a collection of songs that were cut from To Pimp a Butterfly. The label promised projects from Isaiah Rashad, Ab-Soul and SZA before the end of 2016.

As ScHoolboy Q inches closer to the release date for Blank Face LP, he has released the tracklist for the project.

Blank Face LP is set to have 17 tracks and include features from Jadakiss, Vince Staples, E-40, Anderson .Paak and Miguel. Fellow TDE artists SZA and newest signee Lance Skiiiwalker also each make an appearance. Kanye West assists on the lead single, “THat Part.”

After announcing the July 8 release date for the follow-up to 2104’s Oxymoron, ScHoolboy Q trolled fans with an album cover that featured the crying Jordan meme. The real cover art features a picture of fall leaves and a man in the corner wearing sunglasses.

(This article was last updated June 14, 2016 and is as follows.)
We now finally know the name of ScHoolboy Q’s upcoming album. It’s Blank Face LP.

The TDE rapper made the announcement on Twitter today and shared the cover art for Blank Face LP, which shows a picture of Michael Jordan at his induction into the Naismith Memorial Basketball Hall of Fame in 2009.

This image has now become the infamous Jordan Meme. But on ScHoolboy Q’s album cover, the face is removed.

ScHoolboy Q has announced the release date for his follow-up to 2014’s Oxymoron.

Groovy Q took to Twitter today (May 31) to say that the album will drop July 8.

So far, ScHoolboy Q has released the singles “Groovy Tony” and “THat Part” featuring Kanye West.

TDE’s Top Dawg had teased a release date before summer. The season officially begins June 20 with the summer solstice.

Top Dawg unveiled the label’s 2016 release schedule in February. Kendrick Lamar has already released his untitled unmastered. project. Ab-Soul’s LP was listed as “mixing.” Isaiah Rashad’s album is reportedly finished, but has yet to have a title or release date.

View ScHoolboy Q’s tweets announcing the release date for his album below:

Sorry for tHe delay but album drops….