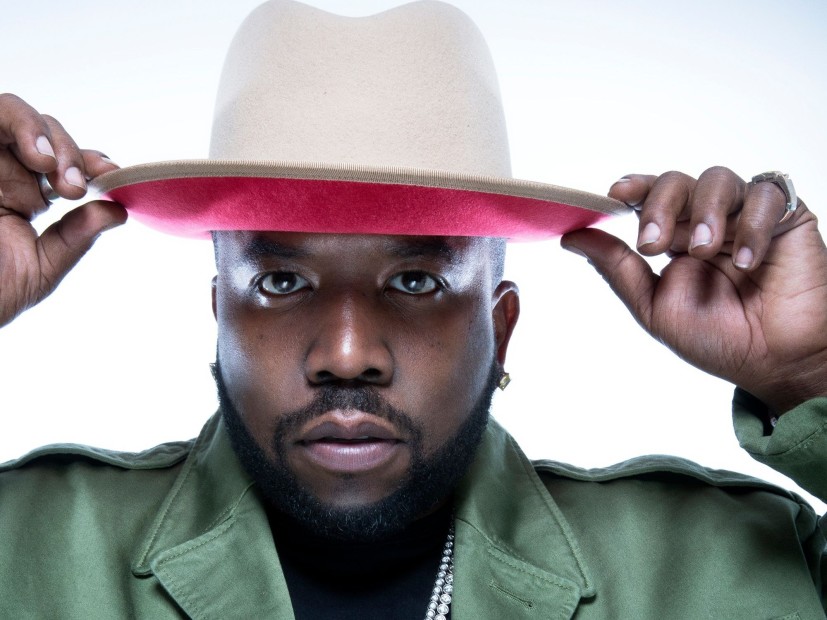 As one-half of Outkast, Big Boi is permanently etched in the Hip Hip history books. But as 2018 continues, Daddy Fat Sax is consistently adding more chapters. Following his co-headlining appearance at the ONE Musicfest in Atlanta this weekend, Big Boi is hitting the road with pop superstar Christina Aguilera.

In a new interview with HipHopDX, the ATLien opens up about a myriad of topics, including the possibility of a collaboration with Xtina, the upcoming re-release of Boomiverse, his “brother for life” André 3000 and one of the coldest lines he’s ever written.

On How He Ended Up On Christina Aguilera’s Tour

I guess they needed some excitement, like a heavy hitter to go out with her and they know I’m known as a festival killer. Any time I step on that stage, I just try to burn it up, man.

My manager gave me a call and was like, ‘Would you want to go on tour with Christina?’ And I was like, ‘Hell yeah!’ It just worked out, it worked out.

As long as I was able to — my son plays football — take those Friday night lights nights off. I think I’m only missing like one football game. This is his last year of high school, so they were able to work around that. We just made it make sense.

On Possibility Of A Christina Aguilera Collaboration

I mean, there very well could be, you know what I mean? A lot of strange things happen on the road being in close quarters with other artists and things like that. Ideas get bounced around, I mean, you never know. I’m down to jam with anybody. I’m open to whatever, man. I’m just a creative ball of energy and I just try to stretch all my ideas out. So, I’m open to whatever.

On His Admiration For Pioneering Singer Kate Bush

'Before The Dawn' is now available as 3CD and 4 vinyl sets and digital download.

I love the creativity and the writing and the layers of music in the production. And her voice, man. Her voice is so enchanting.

There’s a lot of feeling in her music. I listen to it all. I been listening to it now since I was a teenager and it never gets old. I got a chance to go see the Before The Dawn show. It was the first time I ever saw her live, years ago, and it was an experience like no other. It kind of reminded me of when I did BIG for the Atlanta Ballet.

It was that same live type show with music and theatrics and the visuals, it was dope, you know what I mean. She’s the total package artist and I mean I got nothing but love and admiration for her.

On Releasing An Upcoming Revision Of Boomiverse

I’m working on music right now. I think what we’re going to do is — because I’m with HitCo now — we’re going to add maybe three or four new songs to Boomiverse and we are going to re-release it.

We got a lot of legs left on this record. With the departure of L.A. [Reid] when I first got to Epic, it was a project that we put together and we’re just seeing it through. We put out “All Night” and it went Top 40 on the pop charts and Top 10 on the urban charts and so, it was the first hit out of the gate for the label.

We got some more stuff that we’re working on right now. I’m trying to finish it so I can turn it in in the next couple of weeks, so, yeah, we got new music coming, definitely.

On The Possibility Of Another Solo Record

I’m always working, so, I mean I got another project that I’m working on now too. It’s a big batch of records that I’m just finished up, so I don’t know all of what it’s going to be yet. We’re going to start trickling it out, little bit-by-little bit after we finish wrapping up this Boomiverse business.

We’ve also been talking to Sarah [Barthel] and Josh [Carter] from Phantogram trying to see when we’re going to put out another Big Grams album as well.

I kind of Shazam’ed one of their records, Mouthful of Diamonds. It came up on an an ad and I put it on as my jam of the week on my Big Boi page. Sarah got in contact with me and let me know that her and Josh were fans and we met up at the Outside Lands festival and they worked with me on my Vicious Lies and Dangerous Rumors album. They did three or four records and from there we just had a close bond and relationship.

We actually just went to Jamaica a couple of months ago, kind of throwing around ideas and stuff like that. But, we’re just taking it one day at a time. We just working.

Hanging with the Homies last night.

I just like artists and people who go away from what is in the mainstream, and that’s open-minded to kind of breaking down walls and just blending all genres of music to make one new cohesive jam.

All of it [I’m most proud of]. It was just a journey, a journey that I’m still on. I’m still in the group and it’s just the friendship that turned into the band. That’s my brother for life.

I’m just really proud of all the experiences and just the life journey. From being a teenager to now being a father and husband and having a family and still making music myself at a high caliber and having fun doing it, man — it’s just a part of growing up.

I never saw music taking us this far, nope. We just knew what we were doing we loved to do. I’ve got a gift from God to be able to make music and being able to rhyme and produce and write and things like that. I accept my gift wholeheartedly and just want to share it with the world continuously.

That’s like trying to say you like one of your kids better than the other ones. Different albums mean different things. They were different points in our lives, when we were going through different things, so they all mean something in a different way.

On Getting Love From His Fans

It’s a good feeling, man. It’s definitely motivation to make more music because it means so much to so many different people and it means different things. To be able to affect someone’s life and be a part of someone’s life, that’s not something I take lightly.

On His Best Outkast Line

I say a lot of slick shit, you know what I mean? But, ‘Cooler than a polar bear’s toenails’ is a very good, a standout, a standout, definitely [laughs].

We Are A Few Days Away from the best weekend of Summer! VIP Tickets are SOLD OUT ? General Admission tickets are getting LOW ? All Ticket Prices will Increase on Friday! Tag the crew and Get your tickets today! #onemusicfest

I just got back to Atlanta. We’re gearing up for the weekend for the ONE Musicfest and just chilling, man. My son is coming in from college. He’s been gone now maybe like two weeks, but he’s coming home tonight [September 6] for the weekend to catch the show.

I think I want to see dvsn. My daughter turned me on and I love his music and I want to check it out.

On His Kids Growing Up

It was great [seeing his son go to college]. You feel like you completed something. My daughter’s about to graduate in December from Auburn and then my son goes to school in New York. And my baby boy, this is his last year. He’s a senior and he’s doing really good, one of the top running backs in the country.

I just feel good that me and my wife did a great job as parents, and it’s time for that empty nest.

With social media, some aspects gets a little personal. I like to give them a little sneak peak inside of what’s going on or everything that I’m doing — from having dogs and owls to my kids, vacations, studio sessions — it’s curated very organically.

I been working with George Clinton since we was working on Southernplayalistic. He’s the father of the funk man. To keep that funk legacy going, you got to get some real ties to that funk world.

Just to be acknowledged by George and to collaborate is an honor every time we work. He gets to the funk! [apple_news_ad type=”any”]