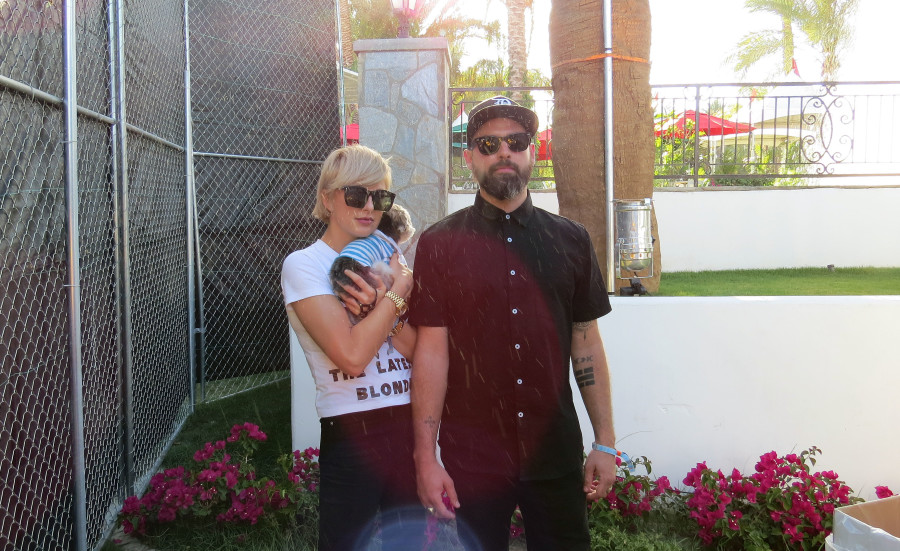 Indio, CA – Friday (April 14) marks day one of the Coachella Weekend one mayhem. Each year, all the biggest artists of every musical genre gather in Indio for three days of music, parties, art, food, culture, and more music.

Phantogram hung out in the media trailers prior and spoke with HipHopDX about a new Big Grams project.

In 2015, Phantogram, made up of Sarah Barthel and Josh Carter, joined forces with Outkast’s Big Boi for the collaborative effort called Big Grams. This leads many to wonder about a follow-up project.

Sarah explained, “We’re currently planning on recording the second record, second EP, LP, whatever we’re going to be doing. Big Boi’s doing his own record right now. He’s releasing it, I think, really soon. He’ll do his tour. And then we’ll meet back up after we’re both done.”

When asked if Big Grams resonated with listeners like they thought it would, Sarah wasn’t sure how to answer.

She stated, “I don’t know. People seem to come to our shows. It was basically for fun. We wanted to just do a side project, for fun, to get our minds off Phantogram, and the seriousness we always represent ourselves as. Big Boi is one of our best friends now.”

Josh added, “And we played a shit ton of festivals. We killed it. So it was great. I want to work with Vince Staples, Pusha T, and 3 Stacks. That’d be dope.”

Quickly following that statement, DX asked if uniting forces with André 3000 would be separate from Big Grams.

“As far as what Big has told me, they don’t want to do anything together unless it’s considered Outkast,” Josh clarifies.

DX asked which Hip Hop artists were on their current playlist, in which Sarah quickly answers, “The new Kendrick song.”

Josh admits that he downloaded Kendrick Lamar’s DAMN. album like the rest of the world. “I fell asleep to it last night. I didn’t get to observe it. I was dead tired.”