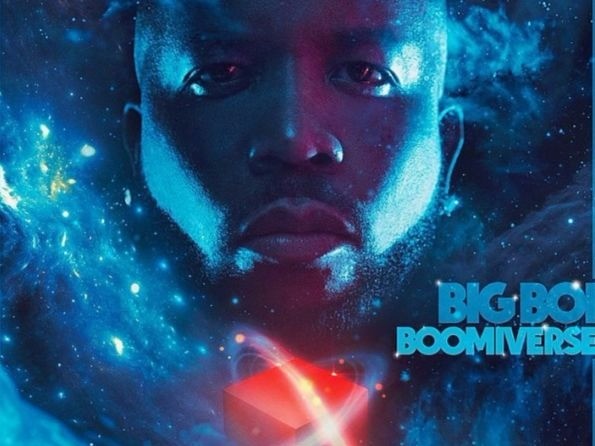 For a legend that helped usher in an entire city and region to prominence, Big Boi is comfortably perched within the lexicon of Hip Hop icons. There’s no denying Daddy Fat Sax’s dominance and confidence throughout his career. Unfortunately, the ATLien’s solo game hasn’t paralleled his tenure within the mighty Outkast and his fourth (if you rightfully count the Grammy Award-winning Speakerboxxx) solo effort in Boomiverse isn’t going to change that.

Sonically, Boomiverse traverses through a landscape of overused synths to force a cosmic, universal theme devoid of the “boom” the title alludes to. What should have been a blockbuster affair with all-star Hip Hop production courtesy of Organized Noize, DJ’s Dahi and DJ Khalil, Scott Storch, and Mannie Fresh largely comes up short in an attempt to incorporate too many musical genres into one singular product. The finished result is a clusterfuck of inconsistent harmonies, which will surely bring out the Nick Young puzzled faces.

To be a Hip Hop icon over the course of three different decades, tracks like the stale rug-cutter “Chocolate,” and “Freakanomics” — with its lethargic electro turn-up — should not be highlighted on the album, let alone exist Antwan Patton’s vault. The aforementioned songs not only represent a downshift in quality for his discography, they feature quite possibly some of the laziest hooks he’s ever been apart of. “Get Wit It” sees Big Boi squander a Snoop Dogg collaboration over a head-scratching Organized Noize production best suited for 00’s era album cut. While Big Boi opens with some of the most potent bars of the album (One of the last rap niggas snappin’, niggas playing sleep I’m St. Nick with the package/Blessed with the gift and only 3 Stacks can match me, light years ahead of you niggas another galaxy), it quickly crumbles with its flanked outdated production and a flat hook. “Overthunk” also features a painfully struggle hook by Eric Bellinger, who doesn’t sound enthused to be on whatever planet the record aims to personify.

Not all is lost as Big Boi is able to capture the magic we know him for on the Killer Mike and Young Jeezy-assisted “Kill Jill,” which is a candidate for 2017’s best pure rap cut. The South wins big with Gucci Mane and Pimp C doing what they do on“In The South” and “Follow Deez” boosted by Curren$y and Killer Mike yet again. Jeezy laced Big Boi with the strongest hook on the album while Killer Mike, Gucci and the late Sweet James Jones help connect the dots for Day 1 Outkast fans.

Ironically, the Dr. Luke-produced “All Night” makes for the most unsuspecting satisfying soundbed for Big to drip his syrupy Southern drawl. Big drips Southernplayalistic sauce over Luke’s antebellum laced piano riffs with bars like, “It’s alright it’s ok, everybody gonna say what they wanna say/Players gonna play when they wanna play, Long way, only for one night like Luther Vandross right.”

Big Boi is, and forever will be, a Hip Hop luminary. His lyrical prowess and flow ranks amongst the top of the game. However, no mortal man is above reproach or criticism. While there are moments on Boomiverse that reminds you of who you’re listening to, the lows are painful and distracting, to say the least. Weak production and terrible hooks drown out the enjoyable moments of the supposed intergalactic trip. Mr. Patton is too far in his career to release an album that just circles the bases. From Vicious Lies And Dangerous Rumors to Big Grams and now Boomiverse, we’re still waiting on Big Boi to single-handily take Southern Hip Hop to the next level. After all, he helped create the manual in the first place.