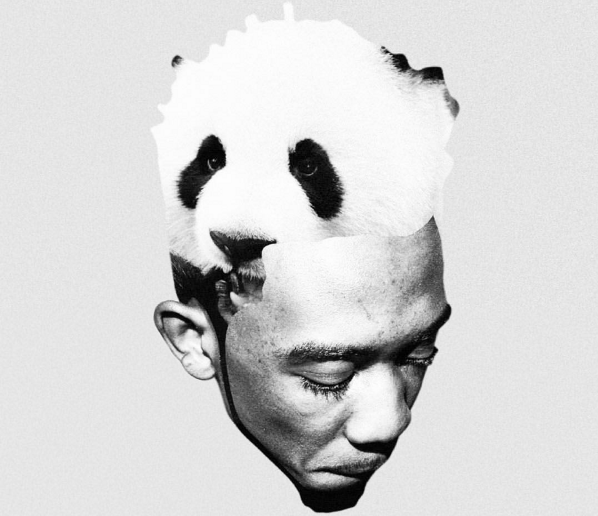 15 Incoherent Rap Classics You Love Regardless

Though commercially successful Hip Hop songs aren’t easily made, the concept is simple: make something that optimally sticks in a listener’s head forever. From Rob Base’s “It Takes Two” to hearing Fatman Scoop’s chants on “Be Faithful” ad nauseam every time we’re in a party setting, applying the caveman’s cheat code has been the quickest way to capturing the masses.

Confounding as it may be, we presently live in an age where you’re prone to score more points (and even shoot to #1 on the Billboard 200) with unclear words (albeit unoriginal ideas altogether.) But how many other rap songs have we embraced over the years where the lyrics weren’t truly clear? Do we really need to be able to sing along word for word to enjoy a song? Can we truly complain about this being an indicator that the bar has been lowered when some rap lyrics have always been confusing?

We can act like mumble mouthed bars are a problem in 2016, but that would contradict some of our favorite songs suffering from the same syndrome. Where some would argue this as troublesome, trends that stray from convention are arguably what’s kept Hip Hop so special all along. Here are some of the most incoherent songs from over the years that we couldn’t help but love.

The lead single from good kid, m.A.A.d city was one of the more catchy hits of the past few years, so much so that people missed that it was a sobriety anthem. The second verse takes on a scattered delivery where King Kendrick discusses drinking with his conscience. Unless you’re a hardcore fan, can anyone actually recite this part word for word?

As Hip Hop’s answer to James Brown, Mystikal was never one for the clearest enunciation. On this Neptunes produced classic that sounds like some sort of instructional for strippers, the New Orleans natives could surely decipher all of what was said, but the rest of us needed captions at the bottom of the screen while we danced along.

Recently freed from prison (hopefully for good this time), Brick Squad general Gucci Mane landed one of his biggest hits repeatedly mentioning his affinity for things that come in the color yellow. Big Guwop’s staunch devotees probably know “Lemonade” verbatim, but the common listener would likely require the aid of a lyric website to understand him completely.

Here’s what we know for certain: “Tha Crossroads” dealt with the personal loss of loved ones, most notably the passing of Bone’s mentor Eazy-E. Though I’m sure DX editor-in-chief/BTNH fan club president Justin Hunte knows all of what’s contained in the lyrics, catchy melodies weren’t enough for the world to grasp 70% of what Cleveland’s pride and joy said here. RIP Uncle Charles.

Shamelessly sampling the Quad City DJs’ “C’mon N’ Ride It (The Train)” while it was still popular, “Scarred“ was yet another Uncle Luke anthem designed for twerking. Shouting some manner lewd directions to women, the words didn’t matter because who cares what’s being said when Luke can get a party hype better than most?

Master of spitting game that he is, E-40 can switch styles from reserved (see: 2015 hit “Choices) to going unorthodox without any regard for the pocket or the beat. The lead single from 1998’s The Element of Surprise, “Hope I Don’t Go Back” was fully indicative of the album’s title as it became a hit with 40 Water spitting too fast for the human ear to understand at points.

An old school Hip Hop staple, Das EFX sprinted ahead of the race despite likening themselves to the Teenage Mutant Ninja Turtles with a sewer based routine. No one could clearly get what they were going for with their lead single “They Want EFX” but the group’s originality and EPMD’s co-sign was enough to help their debut (and only worthwhile) album Dead Serious go platinum.

Put any partygoers in a room when the needle drops on the late Dirt Dog’s communicable classic and watch everybody exclaim how much they “like it raw” and then trail off separately until somewhere around “Psycho killa, Norman Bates.” Like many of the choices in his short 35 years, Big Baby Jesus was heard to understand, which made his artistry that much more greater.

Having gone on record attributing his creativity to Caribbean roots where dancehall and reggae have few boundaries, Busta Rhymes has hands down had one of Hip Hop’s best deliveries. After taking the world by storm with the slowed down “Put Your Hands Where My Eyes Can See,” he went completely off the rails with the sped up flow for the lead single from his next album Extinction Level Event.

Always reinventing themselves each time out the gate, Outkast went completely futuristic with Stankonia. The first single “B.O.B.” (“Bombs Over Baghdad”) combined elements of uptempo drum ’n’ bass, Hip Hop and gospel with fast paced rapping that threw the world for a loop, leaving us still questioning what the hell Big Boi and Andre were saying.

Naughty By Nature – “Feel Me Flow”

Treach is by all accounts one of the game’s all-time greats, proving time and time again that style could dominate as long as you were skilled enough. On “Feel Me Flow” he glided all over one of Naughty By Nature’s happiest hits without saying much of anything.

Sonny Cheeba and Geechi Suede have been loved for talking jive from ‘70s blaxploitation flicks mixed with their own unique slang. Breaking through the gate right at the tail end of creativity being rewarded in 1997, “Luchini” put them on the map and has carried them nearly two decades though no one except diehard fans can recite more than a few lines.

With a distinct Midwest flow that had just begun exploding on a national level given the success of Crucial Conflict’s “Hay,” Do or Die rode the wave to a contract with Rap-A-Lot Records on the strength of “Po Pimp.” While future legend Twista was the only one to spit with a sense of clarity, your Chicago card would be taken away if you didn’t get every line from all three verses.

Though the Fu-Schnickens were always too left field to have a sustainable career as Hip Hop developed, they made a mark largely on the strength of Chip-Fu’s road runner flow. “La Schmoove” was one of their biggest hits where Chip stole the show from his group mates and the late Phife Dawg.

The crown prince of the digital age, Young Thug is respected, revered and rewarded with accolades for performing indistinguishable feats that include random high pitched yelps. Part of what made “Lifestyle” special for fans was the fun in trying to figure out he was saying for most of the song.