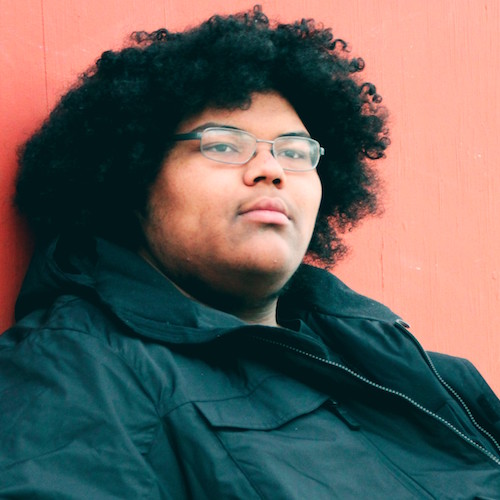 A-F-R-O: The Future Of Vintage Hip Hop Is In Safe Hands

For the past couple of years, Bellflower, California-native A-F-R-O (short for All Flows Reach Out) has become an anomaly within West Coast Hip Hop. Over six feet and fairly husky, the 18-year-old lacks a contemporary flair that many fans his age demands. He’s what some would call an “old soul.” No Auto-Tune, hedonistic themes, trap or even sing-song lyrics that dominate modern radio are associated with Fro. Mr. Jamal Gutierrez just raps and almost does it better than most taking over radio waves. He rhymes like someone fed a healthy supply of Liquid Swords and Paid In Full than Tha Carter III or What A Time To Be Alive. This isn’t a conversation about which particular lane of Hip Hop is better either, but simply taste. Anybody else attempting to cater primarily to Hip Hop traditionalists at his age would be dead in the water; especially on the West Coast. However, Fro managed to find mentorship in R.A. the Rugged Man which set him on the path to align himself and be groomed by some of the most respected individuals in rap music including DJ Premier.

Making a trip to his hometown several miles east from West Coast Hip Hop mecca Compton, the aggressive delivery and intricate wordplay comes off as the opposite of Fro’s quiet and humble demeanor. He’s also accompanied by his working class parents who went by Daddy and Momma Fro. All three found themselves throwing wisecracks at each other. By the time our meeting at a local diner concluded, the experience was an intimate look into a young emcee who managed to build himself notoriety by sticking to early Hip Hop conventions and become semi-successful with even more potential to come. Sitting down with DX, A-F-R-O discusses how R.A. The Rugged Man changed the trajectory of his career and breakout role in VH1’s The Breaks.

DX: For someone your age, it’s surprising to hear someone like you solely rap from a very Golden Era perspective. How did you form your taste without influence from the Trap generation?

A-F-R-O: I don’t know man. I love it. Just the sound is incredible. It really speaks to me. I heard Rakim’s “Microphone Fiend” around nine-years-old and told myself that I wanted to get into Hip Hop. I wanted to do what he’s doing. I researched a lot of my own stuff. My parents had CDs and booklets in a box. It would be like Nas, Biggie and the regular known emcees. Like I heard Ready to Die when I was six or seven-years-old. I didn’t even know the words, but I liked the sound. “Microphone Fiend” made it official for me, though. Everyone’s discography from Rakim to Kool G Rap, Big Daddy Kane and KRS-One were people I just happened to find on my own.  I don’t like the sound of mainstream radio today. I think it all sounds the same. The cadence and all of that. It’s all the same beat. I don’t know. I’m just not a fan of the sound. The voices too. When someone like GZA, MF Doom or Big L has an incredible voice. I don’t think any of the mainstream guys have that voice and soul that vintage Hip Hop really had.

DX: You’ve had these crazy moments including touring around the world and making an appearance on the last season of The Queen Latifah Show. Even this year you kicked things off with a lead role on VH1’s The Breaks which earned 2.6 million views. That has to be an invigorating feeling right?

A-F-R-O: I was like woah when I saw that 2.6 million views. When I saw MC Hammer bashing The Breaks I was like what?

DX: It was MC Hammer and Irv Gotti.

A-F-R-O: I wasn’t even mad. I didn’t care. This was big. That was pretty dope. It was something that I’d never thought would happen. MC Hammer watched a movie I was in.

DX: Talk about the processes of landing the role as D-Rome?

A-F-R-O: Premo’s [DJ Premier] manager hooked me up with an audition. He was like, “Yo Fro, just nail the audition and the part is yours.” So, I had to really study and learn the lines. I tried to know the lines like the back of my head so I could be extremely ready and be on point. This was my first opportunity and one shot thing. I put my all into it and I get the role. I didn’t even expect it.

DX: I know Phonte helped in writing a lot of the rhymes for the rappers while DJ Premier did the music production. Did you write your own stuff?

A-F-R-O: No, I wrote all my own stuff. Phonte literally wrote everybody else’s rhymes in the movie except mine. I was the only one. The song that I did in the movie was Premo’s joint and we did that track a year before we even did the movie. As soon as I got on set to act, everyone asked me if Phonte wrote my rhymes. I was like, “really?” I’m a big fan of Phonte and Little Brother. Then, later on, Torae showed up. It was a dope moment. I wish I would have met Meth [Method Man] because I didn’t know he was even in it until I read the story about him starring in it. Sad, I didn’t get to meet him because we were shooting on different days. Meth was in the same movie I was in. That’s crazy.

Fro Recalls The Moment He Was Introduced To DJ Premier

A-F-R-O: I gave R.A. a huge list of my favorite emcees and producers of all time. Even to meet one of the artists on the list would have been fine enough. He hooked me up with Premo and we got in touch with his manager. Both checked out my stuff and R.A. flew me out to New York and met me with Premo. They brought me all the way to D&D Studios right before it closed. I was like what the hell is going on. I saw Gang Starr, Jay Z and other plaques. I still couldn’t put it together. They sit me down and Premo walks in with a smile. I thought this moment was completely impossible.

DX: Did you receive an important lesson while working with him?

A-F-R-O: I learned a lot. He told me a lot of personal stories about him and Guru. Every time his mouth opens, it’s like history. You’re learning history. Premo is like a Hip Hop historian. I got to see his process. We made like an album together.

DX: R.A. the Rugged Man was instrumental in taking your career to the next level.

A-F-R-O: He’s been my favorite rapper since I was thirteen. There was Rakim but hearing R.A. made him one of the most incredible emcees to me. When he started this contest in 2014, all my homies started posting in his comment section about me.  I was sixteen at the time. He dropped all the instrumentals to his album released a year before and I was still in high school at the time. All he wanted was for people to make songs from it in a contest. Everybody was trying to kill each other in the contest and I just wanted to make a song to one of R.A.’s beats so he could possibly hear it. I put it in the day before my birthday and a week later, he posted my thing and shouted me out. He had a gameplan a month before the contest ended. Because of him, I’ve been to Iceland, London, Austria, Norway.

DX: All in a one year span?

A-F-R-O: Ever since I’ve met R.A., I’ve had two European runs. These are just baby steps. Eventually, I want to tour out here in the states.

DX: You sure those are baby steps? There are rappers on the radio right now that haven’t been to Europe even once.

A-F-R-O: Besides going to Hawaii once when I was five, I’d never traveled in my life ever. When I met R.A., it’s like plane to plane traveling all the time.

DX: Do you get the little brother treatment when you’re around these cats? They give you mad respect despite being twice your age. Is there ever the need to attempt to out rap any of them?

A-F-R-O: It’s no competition cause I’m not a fan of competition personally. That’s not me and I can’t pretend to be something that I’m not. With these guys, it is a little brother kind of thing. They’ll bag on me and joke.

DX: Should we expect a new project from you soon?

A-F-R-O: Touring and studio work. I’m just trying to get the music out. I’m almost done with my first project. I’m trying to drop in March. It’s a joint with my partner Marco Polo. He’s doing the beats and it’ll be eight songs. It’s our brainchild. Then I’m off to working on my debut album. I’d love to work with GZA, Rakim, KRS-One, Big Daddy Kane if the possibility comes up.

DX: You’re in a house full of rap legends that seem to have your best interest at heart is there a part of you that wants to creatively connect with peers.

A-F-R-O: I have my homies who’ve been with me since day one. Eventually, hell yeah. I want to be able to be involved with something they can make solo one day. I just want to put my boys on but I have to put myself on first. I have to make sure I’m set.