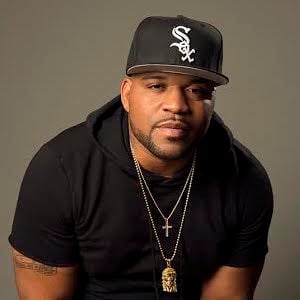 Last week, VH1’s The Breaks became a breakout success. Based on Dan Charnas’ The Big Payback: History Of The Business Of Hip Hop, the small screen film earned a staggering 2.6 million total viewers. One of the breakout stars in the Mack Wilds and Wood Harris vehicle was none other than Antoine Harris as Ahm. Introduced early on as a street pharmacist, his true potential comes in a rap battle between himself and Sig Sauer. A closer look at his opponent revealed the face of Torae portraying the soon to be defeated MC.

Acting could have been seen as a natural progression for the Brooklyn-native whose transitioned from emcee with a catalog including acclaimed bodies of Daily Conversation and his last studio effort For The Record to host of his own Sirius XM radio show on Hip Hop Nation. His role on The Breaks isn’t the only thing up his sleeve for 2016. This week he’s set to drop his For The Record follow-up titled Entitled (available for pre-order here). Featuring guest appearances from 3D’Natee, Mack Wilds and Phonte, among others, the lead single is the Jahlil Beats produced “Let Em’ Know.” Taking time to speak with HipHopDX, Torae speaks on his acting debut in The Breaks and his sophomore album Entitled.

DX: Last week more than two and a half million people watched VH1’s The Breaks. You had a role in the film as someone who ends up battling Antoine Harris’ character Ahm. Talk about that for a bit.

Torae: Yeah man, The Breaks was an amazing project to be a part of. I’m just happy that even though I had a small part, I was happy to be a part of something so dope. I played Sig Sauer, a no-nonsense emcee. The scene I’m in was more about showing Ahm’s ability in terms of rhyming. People were hitting me up talking about how they couldn’t believe I lost that battle. That scene was really supposed to be neck-and-neck and good enough to where you almost couldn’t pick a winner, but it was something about Ahm. That was a great way in authenticating his character. For me having a part in it and being a part of such an amazing film was super dope. Watching it and having a chance to screen it with the crew was fun. Watching it in real time with the people and watching their reaction on social media was amazing.

DX: 2015 seemed to be a big year for beef and battle rap. On a mainstream music level, everyone had an opinion about Meek Mill and Drake while even television series like Empire or even your role on The Breaks played around with it. Has the perception of battle rap culture changed in your opinion?

Torae: I love the fact that battle rap is getting its “just due.” For the longest, people categorized battle rappers as if they couldn’t make songs. I love the fact that people started to learn how to monetize it and make it huge. You see guys like Jadakiss and Puff at these battles really excited. They’re able to pull in these sponsorship dollars and make a nice purse. Even if it might take them some months, someone from a battle might make thirty or forty grand from it. I don’t know how much these guys are getting but I know it’s a great payday. It’s dope for the culture. Battling is a part of Hip Hop’s DNA and was once treated like a step-brother for years. Now, it’s dope seeing it on the forefront on television. The scene in The Breaks is a classic battle scene. I grew up watching films like House Party and loved films like 8 Mile. Just to have a classic battle scene under my belt was very dope. It’s going to be a kid somewhere looking at The Breaks and get inspired just like I was inspired.

DX: I know Phonte wrote a lot of the rhymes for the film. Did that include your lines as well?

Torae: It was all Phonte. When I came in, pretty much, the film was wrapping up. It was a scene that Phonte felt I would do well in and fit what they were going for. They reached out to me, but I didn’t have any writing in the actual film.

DX: Ahm’s story of being in the streets and utilizing Hip Hop as a means out is a fairly common story at this point.

Torae: That’s a lot of guy’s story. You have people from the inner city and they come from hard times. Sometimes someone makes choices that wouldn’t have been made had their situation been different. You just have to do what you have to do to put food on the table. That’s a bit of Ahm’s character in taking to the street life. You look at the thinker and type of writer he is, it’s obvious he has some type of intelligence but he got drawn into the street life. I love the fact that they made him so complex. All of the different characters have layers. I would like to see how Sig’s character develops because I’m sure he’s not some muscle bound dude in the nightclub. I’m sure he has his own story to tell as well.

DX: The film does a nice job of showing the struggles Hip Hop had in terms of radio play during the late 80s/early 90s. What was that time like from your perspective?

Torae: Yeah, it was dope. I felt like the guys did a great job in being official and authentic. Being in New York in the 90s, you remember that energy and that era. That’s exactly how it felt like. I remember being outside, the city and the atmosphere. Being in that era, I remember not being able to hear Hip Hop on the radio 24/7 like we do now. That was reserved for late at night or the weekend mix shows. You couldn’t just turn on the radio and hear a Drake song, Future song and somebody rapping. You would definitely hear a lot more R&B and soul music. It just took me back to the time of me sitting by the radio all day to wait for a specific song to come on so I could record it off the radio.

DX: The Breaks is also the acting debut for A-F-R-O who has been getting a lot of buzz recently…

Torae: Yeah man A-F-R-O did his thing man. Him being such a character and being larger than life outside of his physical character. It was dope to see him in that role doing his thing. Hopefully, it’ll open up people to his music and all of our music. Phonte, who wrote all the rhymes, had a small acting part as well. Hopefully, it’ll cross promote everything that we’re doing because people enjoy the film so much.

DX: I believe before the film was announced as The Breaks, it was slated to become a series. Does that hold true for the future?

Torae: I’m probably not a liberty to talk about that in terms of specifics and mechanics behind it. If enough people want it, they’ll get what they’re looking for. I’ll just leave it at. Remember the power of that and social media. Upward trends always help.

DX: You also have a project coming out Friday dubbed Entitled.

Torae: Yes, next Friday and it’s titled Entitled. January 15 is the date. It’s my official sophomore release even though I’ve been putting out records since 2007. My first mixtape was in 2008. It’s only my sophomore release because everything else has been build-up stories when I dropped For The Record which was my first official release. Then I had Off The Record which was the first album with two more records which were left off the original that I thought were dope. When you have the power of The Internet and don’t have overhead, you can utilize and take advantage. This is the follow-up record to that.

Torae: It wasn’t about doing a sophomore album. I didn’t plan on making an album. I was focused more on maybe dropping a single every quarter. I felt like the time and energy that you put into writing a project, pulling together producers, mixing and mastering is a tedious process. For an artist like myself, that can take up to a year. Just to have it digested by the people and a month or two later they’re looking for something new, I just felt like it was a lot of labor for a minimum payoff or return. I wasn’t in the mindset of making an album, but the beauty of what I’m able to do is that I’m not on a release calendar. I’m not trying to release an album every twelve months just to be in the marketplace. I like to create music when I’m inspired. And Entitled is built off my experiences and inspirations. I can go in and make an album with shit I wanted to get off my chest. I started reaching out to my friends and recording. Before I knew it, I had six or so songs and thought wow, I have nearly half a project completed. Then it became about closing it up, making some changes, tweaks and make it an album. A bulk of the album was me having something to say. That’s the beauty of music and me as an artist. I don’t make music for the sake of making music. I want to speak when I have something worth talking about.

DX: You have your show on Sirius XM’ HipHopNation. What position does satellite radio play in comparison to The Internet and traditional terrestrial radio?

Torae: I feel like satellite radio has a great place and has carved out a nice lane. They’re doing something right considering they’ve been around for years now. I feel like it’s something that people listen to while they’re on the road or their car. A lot of truckers who are hauling crates listen to satellite radio because it’s something you can listen to from state to state. You don’t have to worry about getting out of that range and losing some of your favorite stations. It’s definitely a force to be reckoned with. Obviously, terrestrial radio is obviously free. You just turn it on and listen. That’s never going anywhere. Being able to have uncensored music and be fans of jocks. Howard Stern took his fans over and their sports package is great. Hip Hop Nation is Eminem’s station so that has its own following. People gravitate toward Satellite radio when they’re tired of listening to local radio. It’s a nice escape.