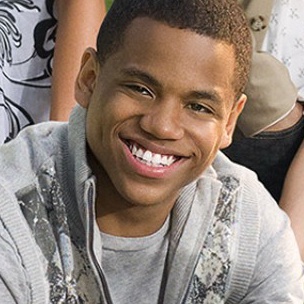 New York City-born singer/actor Mack Wilds provided an update on his next album and more, during a newly-released interview with AllHipHop.com. According to the musician, he’s currently working on his follow-up to 2013’s New York: A Love Story.

He also revealed that while Salaam Remi may offer some assistance on his sophomore album, he’ll likely venture out to find other producers for the project.

“We’re working on the album now,” Mack Wilds said. “We’re actually almost finished. We’re trying to push for somewhere in the first quarter to drop it for the people…He [Salaam Remi] looks out and makes sure the music sounds as A-1 as possible, but I think for this album he’s letting me venture out a little more, meet with different producers, and gather the sound I love the most. He’s really dope in that sense.”

With VH1’s original movie, The Breaks airing later today (January 4), Wilds offered some insight into the film, speaking specifically on his character, DeeVee. He also spoke on DJ Premier’s musical contributions to The Breaks.

“My character is named Darryl Van Putten Jr aka DeeVee,” he said. “He’s a young DJ and producer looking for the right artists to make the legendary music that he wants to make. His dad wants him to go to school and get a regular job, but he drops out of college that his dad has paid for…He [DJ Premier] was all hands in. He scored the movie, so all the music beds that you hear during the different scenes in the movie are Premier tracks. That’s him in the studio getting in making sure everything sounds crisp, clean, and exactly what that time felt like.”

In regards to his appearance in Adele’s “Hello” music video, which has just under 900 million views on YouTube, Wilds says his following on social media has grown following the release of the video.

“I think I’ve been able to connect with more of a fan base on social media. I don’t really leave the house that much. I stay in the shadows, so I wouldn’t know what it’s like on the outside that much,” Wilds said.