“All you kids [who] want to get on and shit,” Guru says as Hard To Earn begins. “Just remember this. This shit ain’t easy. If you ain’t got it, you ain’t got it, mothafucka.” This introduction marks the start of a project that is celebrating an anniversary today (March 8).

It has been 20 years since Guru and DJ Premier teamed up as Gang Starr for the release of Hard To Earn, one of the group’s critically acclaimed albums. The project, released March 8, 1994, is the fourth studio album from the Gang Starr duo and it features Gang Starr Foundation’s Group Home, Jeru The Damaja and Big Shug, among others.

Gang Starr’s Hard To Earn is generally acclaimed by critics. AllMusic, for example, awarded the album a 4/5 in its review.

“Gang Starr came out hard on their 1994 album, Hard to Earn, an album notably different from its two predecessors: Step in the Arena (1991) and Daily Operation (1992),” AllMusic says in its review of the album. “While those two classic albums garnered tremendous praise for their thoughtful lyrics and jazzy beats, Hard to Earn seems much more reactionary, especially its lyrics…There isn’t a song on the album that’s a throwaway, and even the interludes are stunning.”

Rolling Stone also rated the album favorably, offering a 4/5 rating for the collection. “It’s a boom-boom-static revelation that bops cool and confident like a mack,” Rolling Stone said of the album at the time of its release. “It offers rugged and multilayered orchestral maneuvers – cinematic urban blues, tracks full of strafing noise, bouncy beats, gooey grooves and moody chanting that seems to evoke spirits. Wordwise, it gives up screams of protest, assertions of selfhood and no-bullshit examinations of the world…Since swaggering into the music industry, hip-hop is said to have spawned lots of ugly things. Steady-tryin’-ta-get-down trendoids aren’t usually listed among them – but they ought to be. Some artists have succumbed. The result is that their once-brilliant poses become farces. Others, like Gang Starr, have brazenly defied trends, and the result is an achievement like Hard to Earn.“

“With Hard to Earn, one of the things that I was going through sonically was, it was right around the time that Guru started doing Jazzmatazz, and we kept getting categorized as ‘Jazz Rap,’ which is why Guru did Jazzmatazz…He wanted to protect Gang Starr from being categorized like that, because we felt like we were a Hip Hop group from day one. All I was doing was using Jazz samples because no one was doing it. I was like, ‘We used every James Brown sample.’ So we were at that point, and I was like, ‘No one’s using jazz samples, and a lot of them are instrumental.’ And I’ll never forget when Rakim said, ‘I hook a beat up, convert it into Hip Hop form.’ So I was taking sounds that no one was using, putting hard drums [with them] and making melodies. And it went with Guru’s vocal style. Guru called me a ‘beat tailor.’ So I was tailoring the beats to his voice. Being that Guru was getting aggravated with us being labeled that, I said, ‘I’m gonna strip this album down,’ just to show that I could use things other than Jazz samples. We both wanted to show that anything I use is going to be a Hip Hop beat. We said we were going to make it as raw as possible, and less musical, on purpose, just to show we’re good on any track, together.”

Gang Starr’s Hard To Earn contains several notable selections often celebrated by Gang Starr fans. “DWYCK,” “Code Of The Streets” and “Mass Appeal” are among the album’s most critically applauded cuts. “DWYCK” and “Mass Appeal” were also listed in DJ Premier’s list of his Top 50 songs featuring Guru, a list published in 2011.

In September 2013, DJ Premier spoke about his vision for “Mass Appeal” and how it came to fruition. “So, when it came to ‘Mass Appeal’ I already heard it in my head,” Premier said at the time. “Not the actual sample, but just what it should sound like. I’ve already kind of planned something in my head. We like to do our singles right when it’s due. That’s why it always sounds so fresh when you hear it. And it sounds like it was just made just now. A record like ‘Mass Appeal,’ the reason why we made it is because that’s right when radio started teeter-tottering towards watering down the Hip Hop and we were just really bugged out that it had gotten to that point…It’s like we knew this was gonna be one of our bigger records and it was one of our bigger records that went straight to radio.”

Since the release of Hard To Earn, “Mass Appeal” “DWYCK” and “Code Of The Streets” have become some of the tracks the group is best known for, songs whose videos are below, followed by Hard To Earn’s cover art and tracklisting. 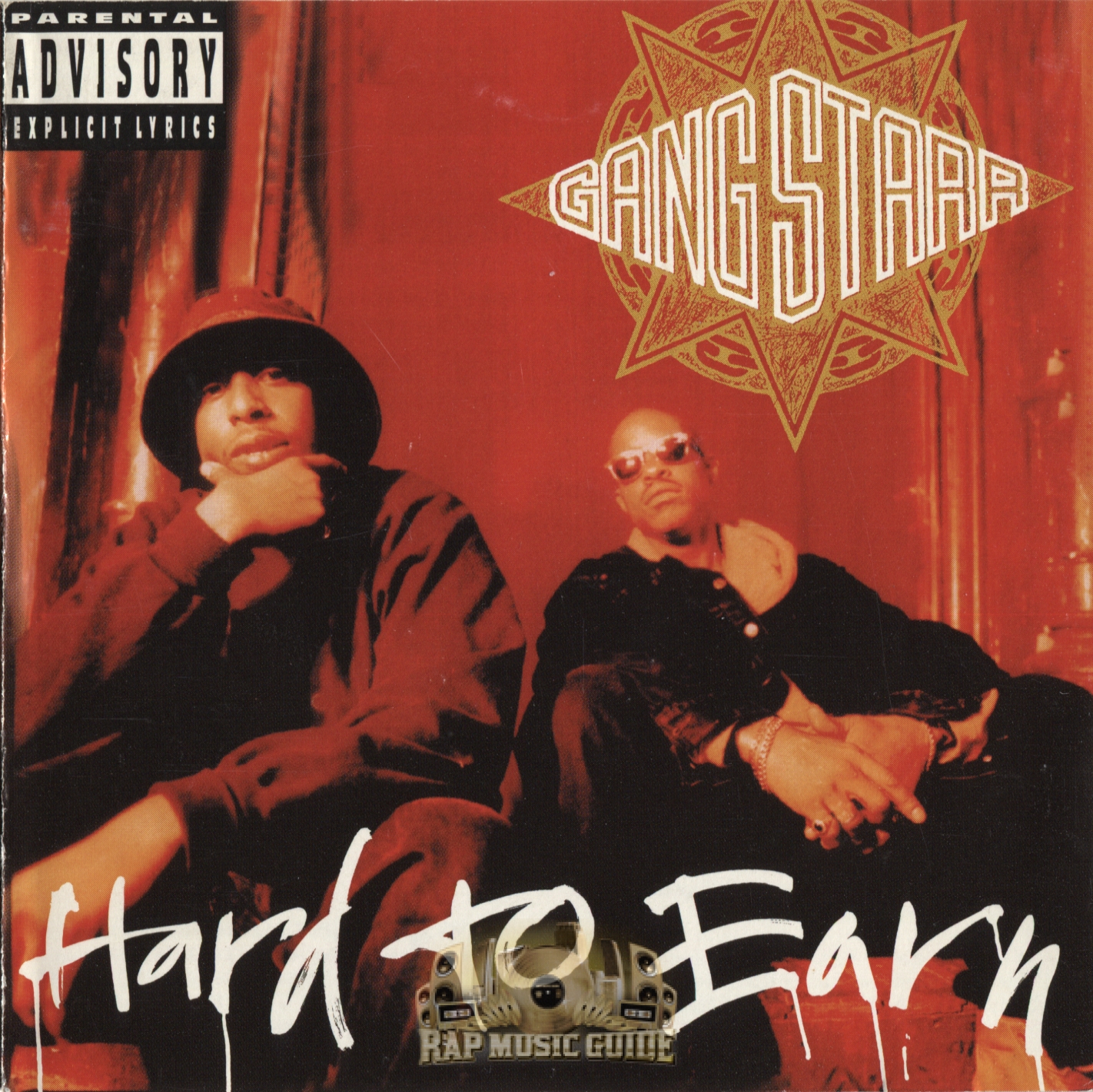 Gang Starr Since Hard To Earn

Gang Starr waited four years after Hard To Earn to release Moment Of Truth in 1998 and another five years before releasing its final studio album as a duo, The Ownerz, a project that was released in 2003.

Guru died April 19, 2010, more than a month after undergoing surgery following a heart attack, according to MTV. He reportedly died of cancer-related causes. He was 48.

Despite disagreements before Guru’s passing, DJ Premier said he was overwhelmed by the rapper’s death. “I really wasn’t able to talk to anybody,” DJ Premier said when asked about Guru’s passing at the time. “My phone was ringing like crazy. Even though everybody’s callin’ to check and see if I’m okay, I just didn’t feel like talkin’ to anybody. It was just too overwhelming, the simple fact that he died.”

DJ Premier also explained his involvement in a private funeral for Guru. “I got my closure,” Premier said. “We had a private funeral. I was there with his son, his family, the [Gang Starr] Foundation was there – Jeru [Da Damaja] was there, me and [Big] Shug were invited by Guru’s father to speak. That was so dope to me, to be invited by his father. His father said, ‘I’m not starting the ceremony until [DJ Premier] is here.'”

DJ Premier continues to make music and has produced for artists in various genres, including Jay Z, Nas, Joey Bada$$, Christina Aguilera and Evidence, among others.