Friday night, one of the true and living masters of Hip Hop, DJ Premier stopped by DJ Semtex’s London BBC Radio show with Year Round Records artist Nick Javas. The man who has made Hip Hop classics with the likes of Nas, Common, Notorious B.I.G. and KRS-One spoke about his own group, Gang Starr. 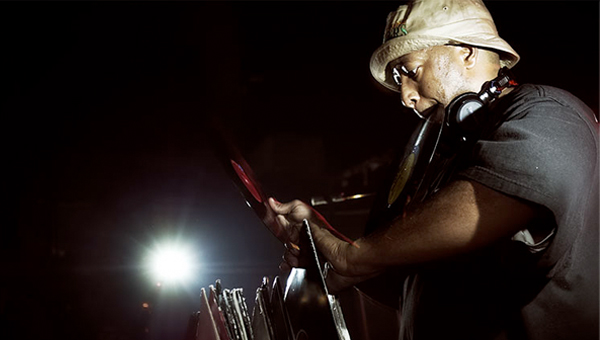 After Semtex played the duo’s 1994 single “Mass Appeal” (per Premier’s request), the Texas-born producer revealed a nugget behind the Hard To Earn gem “We made that record, really, to make fun of how Hip Hop was startin’ to get watered down and a lil’ more commercial. We still wanted to keep it rugged, so we were makin’ fun of the new Hip Hop that was comin’ out that was softer, by saying, ‘Let’s [use] an elevator music type of sample. It almost sounds like you’re on an elevator [mimicking the sample],” said Premo. Referring to the famous sample arrangement, the producer added, “I just wanted to be clever and be different. That’s always been my motto.”

Although Premier has spoken in limited amounts regarding his former partner, the producer candidly touched upon both his prayerful wishes and the emcee’s physical and mental toughness since suffering a heart attack. “[Guru is] still in the hospital. We’re prayin’ for him. He’s been pretty much day-to-day and touch-and-go, but just the fact that he’s hangin’ on – he’s been in there since February 2, so to still be kickin’, that lil’ bastard is a strong dude,” said Premier. “I’ve seen him be in the wildest of fights…I’ve seen almost be hit by trains and still get up and go, ‘You want some more?’ He’s a fighter. We’re just prayin’ that everything works out, and he comes through with flying colors. Much love to Guru. Gang Starr forever.”

The entire interview, which includes B.o.B., can be heard here.