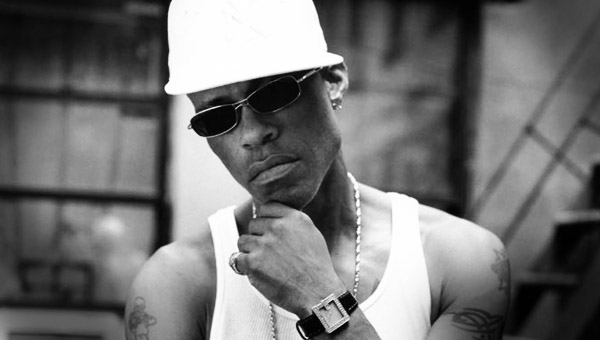 Legendary emcee and producer Keith “Guru” Elam passed away Monday (April 19, 2010) in a New York City hospital. Just over six weeks since the former Gang Starr front-man was publicly reported to have suffered a cardiac arrest and been hospitalized, he died due to complications from undisclosed cancer after having been diagnosed with Anoxia.

The controversy surrounding Guru’s hospitalization, visitation rights, and recovery with present musical partner Solar led to limited information being released to press. What is known is that the 43 year-old Guru had suffered a heart attack, gone into a coma, and despite reports of strong recovery, ultimately lost his battle with what has now been revealed as cancer.

“The world has lost one of the best emcees and Hip Hop icons of all-time,” said Guru’s producer Solar in a statement confirming Guru’s death. “Guru has been battling cancer for well over a year and has lost his battle! This is a matter that Guru wanted private until he could beat it, but tragically, this did not happen. The cancer took him. Now the world has lost a great man and a true genius.” The producer referred to Guru as his “loyal best friend, partner and brother” additionally in the statement.

In a letter released to fans, Guru (who is said by publicists to have written the statement) acknowledged being survived by his son. The emcee also acknowledged his non-profit charity foundation, Each One Counts. “I have a non-profit organization called Each One Counts dedicated to carrying on my charitable work on behalf of abused and disadvantaged children from around the world and also to educate and research a cure for this terrible disease that took my life. I write this with tears in my eyes, not of sorrow but of joy for what a wonderful life I have enjoyed and how many great people I have had the pleasure of meeting,” reportedly wrote Guru.

Those wishing to read the full letter, may do so here.

Born and raised in the Boston area, Guru relocated to Brooklyn in the late ’80s, where Gang Starr released its first singles with 45 King as producer. By 1988, the group evolved as a duo with Premier, and released their 1989 full-length debut No More Mr. Nice Guy on Wild Pitch Records. The duo would go on to release classic albums on Chrysalis/Virgin/EMI, such as 1994’s Hard To Earn and 1998’s Moment Of Truth. Gang Starr’s last album, 2003’s The Ownerz featured Jadakiss, Fat Joe and longtime affiliate Freddie Foxxx. The platinum group toured the world and released several greatest hits collections, most notably Full Clip: A Decade Of Gang Starr in 1999. The duo announced their split in 2004, reportedly due to creative and personal differences.

As a solo artist, Guru released four volumes of Jazzmatazz, Jazz-inspired recordings with legendary genre artists such as Donald Byrd and Roy Ayers. Guru has launched two labels in his career, Ill Kid Records and 7Grand, where he and production partner Solar worked alongside artists such as Talib Kweli, Damian Marley and Jean Grae.

HipHopDX extends condolences and sympathies to the son of one of our staff’s most-respected emcees, the Elam family, Solar, DJ Premier and fans.

UPDATE: Fans wishing to personally thank the late emcee by way of letters and affirmations regarding Guru and the music of Gang Starr, can do so here. DJPremierBlog.com, a fan-created website frequently in communication with associates of Guru’s has offered to collect the visible testimonies, and has offered to print them and give them to the Elam Family.