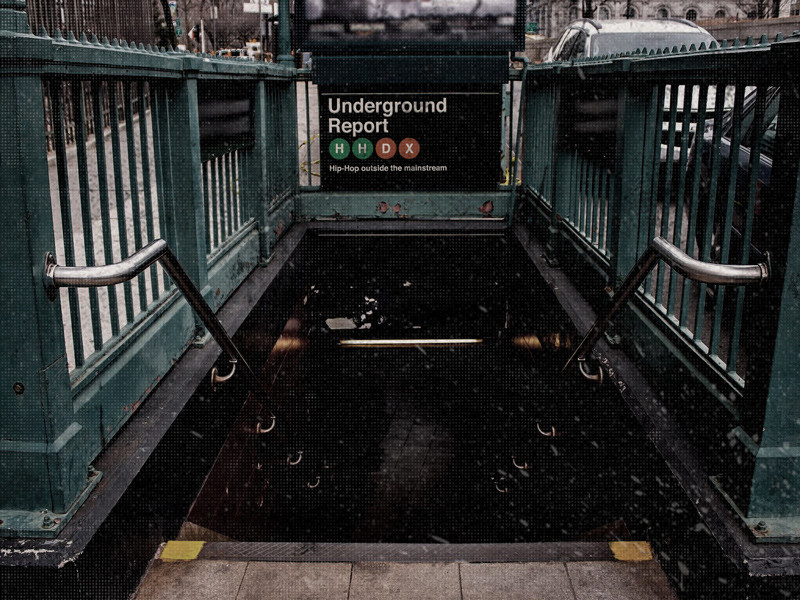 Underground Report: Most Slept-On Albums Of 2018 (So Far)

The Underground Report has spent the first half of 2018 highlighting dope tracks (and artists) that have flown under the radar. But to kick off the second half of the year, HipHopDX’s monthly showcase is looking back at albums that didn’t top the charts but are more than worthy of being considered among the best of 2018 … so far.

Here are our 10 favorite slept-on albums of the year. It’s time to wake up!

Making a sequel to a classic decades after its release is usually a bad idea — just look at how often it goes wrong in Hollywood. But against the odds, Kool Keith managed to concoct a satisfying follow-up to 1996’s Dr. Octagonecologyst.

Unlike 2006’s The Return of Dr. Octagon, which was released without Keith’s direct involvement, Moosebumps: An Exploration Into Modern Day Horripilation brings all the key players of the original Dr. Octagon album back together.

Dan The Automator is on the boards and DJ Qbert is providing the cuts, allowing Keith to properly resurrect Octagon and jump into the bizarre world all over again. It’s impossible to match the high standard of their classic LP, but Moosebumps is a worthy continuation and welcome return for the doctor.

9. Skyzoo – In Celebration Of Us

Skyzoo is the epitome of dependable. While Sky might not release any music that could be considered transcendent, his consistency allows him to deliver a quality product on a regular basis.

In Celebration Of Us is another satisfying addition to his catalog, highlighted by its replay-worthy wordplay and intricate storytelling.

The opening cut, “Everybody’s Fine,” sets the tone with a relentless streak of bars over the course of eight-plus minutes. In Celebration Of Us isn’t meant for easy digestion, so it’ll slip by plenty of casual listeners. But it’s a rewarding project for anyone willing to sink their teeth into it.

JPEGMAFIA’s off-kilter style and comedic persona are reminiscent of the Ol’ Dirty Bastard. For that reason, it’s incredibly fitting that the Baltimore-repping rapper/producer samples ODB on his new album, Veteran.

Odd mixtures of sounds and deliveries make Veteran stand out within the crowded Hip Hop landscape, but JPEG’s obvious rapping prowess gives it a backbone that makes it more than a strange curiosity.

This type of music will probably never hook audiences en masse, but the craftsmanship and quirkiness seem destined for cult classic status.

If you can’t handle sexually explicit raps, Junglepussy’s not for you — but the name should’ve told you that already.

Her latest album, Jp3, is filled with bedroom romps and sensual tales. More importantly, it’s packed with some excellent rapping. Whether she’s unleashing potent bars on “State of the Union” or uncorking relaxing vibes on “Showers,” Junglepussy is an ace on the microphone.

Jp3 is a skillful display that would normally signal future stardom, though her unabashed content could be a roadblock for a mainstream breakthrough despite the old “sex sells” adage.

Elzhi is one of the most gifted MCs of the last two decades, but a quiet period following 2011’s Elmatic seemed to diminish his stature in Hip Hop. After returning with 2016’s Lead Poison, the former Slum Village member proved his lyrical sword is as sharp as ever with the release of Jericho Jackson in February.

Backed by the production of Justus League/Jamla Records stalwart Khrysis, Elzhi is putting on a rhyming display that proves he should be considered among the elites. Any Hip Hop head that loves lyricism can’t afford to miss out on tracks such as “Breguets” when assessing the quality of 2018.

Westside Gunn and Griselda Records are this era’s standard bearer for traditional East Coast Hip Hop. While Conway The Machine and Benny The Butcher are the label’s top lyricists, Westside is like the RZA — a leader with a vision that makes it all click.

Supreme Blientle is an album that puts all the pieces together for the quintessential Griselda project. Copious pro-wrestling references, gritty production, showcases for his labelmates and links to various generations of boom bap purveyors are all packed into the 17-track LP.

Supreme Blientele is the answer for fans stuck on lamenting rap’s turn toward trap beats and Auto-Tuned vocals.

Tierra Whack may have figured out the perfect way to command attention in the current microwave era of Hip Hop. The up-and-coming MC embraced short attention spans by creating a 15-track album comprised completely of minute-long songs.

Despite the short runtime, Whack World is surprisingly fleshed out. In just 15 minutes, she’s managed to create her own musical universe — one that’s accentuated by its visual component. Although this idea might inspire some inferior imitations, Whack’s project is an innovative delight.

While Kanye West will get the credit for the seven-track album trend, Hip Hop is no stranger to the format. Huey Briss and Nikobeats also joined in, releasing the excellent seven-track offering Black Wax.

The duo was featured in a previous edition of the Report for the standout track “Gil Scott Never Lied,” but this entire project is a must-listen. Briss is extremely polished as an MC and Nikobeats’ boom bap production brings the best out of him.

Don’t let this one slip by you amid the constant flood of new music.

Inspectah Deck’s legendary status is secured as part of the Wu-Tang Clan, but he’s found a second wind as a member of Czarface. Deck’s partnership with 7L & Esoteric has proven to be a winning formula, and they took it up a notch this year by teaming with the enigmatic DOOM.

Czarface Meets MetalFace is a match made in heaven, combining two acts that revel in comic book imagery and dense lyricism. And for DOOM, it’s probably his most captivating project in the last decade, reminding listeners of why he’s been so lauded throughout his career.

1. Evidence – Weather Or Not

Evidence’s third album got a glowing review from DX for good reason. After spending recent years focused on Dilated Peoples and producing for other artists, Ev made a triumphant return to the solo grind with Weather Or Not. The LP is filled with some of his finest work, providing fans with bangers like “Jim Dean” and heart-wrenching tales such as “By My Side Too.”

Ev is firmly entrenched in the underground, but this is undoubtedly one of the best projects that Hip Hop has to offer in 2018.