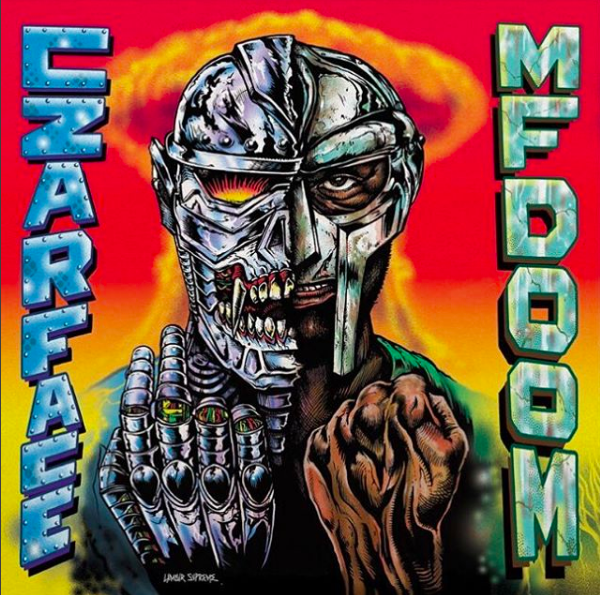 “When we are starting a project, there is always one song that sets off the progress of the album,” 7L told HipHopDX. “I think everything we did after ‘Meddle With Metal’ was just what came natural. I don’t ‘think’ we are trying to school anyone, we just like to let things happen organically.”

Like on “Bomb Thrown,” Deck seems to put aspiring rappers on blast with lines like, “Nowadays they respect money more than power/ Money, power, respect, we all want some/ I ain’t waitin’, I needed it, one lump sum/ Made men trade hands with young guns/ They stopped manufacturin’ the cloth I’m cut from.”

Then, Eso picks up where Deck leaves off with, “Geez, I teach but I kill them when the class on/ So I got no pupils like Spidey with the mask on.”

Although the superhero/villain dichotomy is (unsurprisingly) represented throughout the 16-track project, each MC manages to invigorate the concept with an astonishing number of pop culture references and the kind of dense wordplay Wu-Tang Clan was birthed on. From lines about “Q-Tip’s Grammy rant” to Beyoncé and JAY-Z’s twins, they’ve got their fingers on the pulse of what’s happening.

Production-wise, The Czar-Keys (7L, Jeremy Page and Todd Spadafore) make sure the whole album is steeped in traditional boom-bap beats and effortlessly capture a raw New York sound. The driving rhythm of “Nautical Depth” hits like a sledge hammer while “Astral Traveling” featuring Vinnie Paz switches things up throughout the track, swinging from cadence to cadence.

However, this isn’t a simple listen. The lyrical punches fly faster than a speeding bullet, making it impossible to digest the staggering amount of content in a single sitting. It requires an acute attention to detail and several run-throughs to truly capture the brilliance of the project. Elsewhere, the multiple comic book interludes neither detract or add to the overall soundscape and frankly, start to feel frivolous when the continuity of the album is consistently compromised.

As Deck, Eso and DOOM declare on “MF Czar,” Czarface Meets MetalFace is their “antidote” to the commercial rap currently dominating the airwaves. As part of that remedy, they drop an abundance of knowledge along the way, proving they’re still unapologetically deadly with a pen — no weapon needed.