As we approach the halfway point of 2018, the Underground Report is still going strong. HipHopDX’s monthly showcase of the best indie Hip Hop is here to provide readers with seven more tracks to add to their playlists.

In this edition, the Report looks back at the best that May had to offer. The East Coast, West Coast, Third Coast, Midwest and Canada are all represented in this latest batch of songs curated for Hip Hop heads.

If I could only champion one artist in this edition of the Report, it’d be Tobe Nwigwe. A friend from Houston hipped me to him while he was releasing a series called Get Twisted Sundays, and I’ve been hooked ever since. His latest series, The Originals, is ongoing and updates regularly with new songs.

One of the May releases, “Heat Rock,” is absolutely stunning. Nwigwe’s craftwork is something to behold with intricate lyrics and versatile flows. While the song alone is captivating enough, he also released a video that displays his showmanship. Nwigwe’s got “star” written all over him, especially with the way his release schedule works with the digital era’s constant demand for new music. If you’re feeling “Heat Rock,” check out the rest of The Originals and make sure to start following the Texas rhymer’s work.

Cavalier has been putting out dope music for years, collaborating with legends such as Raekwon and an array of indie Hip Hop stalwarts (Quelle Chris and Homeboy Sandman, to name a few). But despite the quality of his previous work, his new album Private Stock makes a strong case for being his best yet.

The LP has many high points with its mix of boom bap and jazzy loops, which should be expected due to contributions of the aforementioned Quelle Chris and the venerable Iman Omari. But it’s a collaboration with producer Mogillah, “Doro Wat,” that sees Cavalier striking gold. The subdued beat allows the raps of the Brooklyn native (who is now based in New Orleans) to be the focal point. Cavalier delivers a particularly potent first verse that’s worthy of repeated listens. “Doro Wat” is satisfying on its own, but I’d strongly recommend delving into Private Stock for the complete experience.

I’m so used to hearing L’Orange’s instrumental work that it’s somewhat odd when a rapper actually hops on his beats. As a pleasant surprise, North Carolina’s Solemn Brigham did just that and formed a new duo with the Seattle producer called Marlowe.

Brigham does justice to L’Orange’s production, kicking meticulous bars for nearly two straight minutes on the impressive “Lost Arts.” The track comes from Marlowe’s self-titled debut, which is scheduled to drop on July 13 via Mello Music Group. Although L’Orange has worked with legends such as Kool Keith and Del The Funky Homosapien, Brigham appears to be the MC connecting with the beatmaker on a deeper level to create something special.

Illmaculate & OnlyOne – Once Upon A Time in LA

Illmaculate is probably best known for his career as a battle rapper, but he also has a discography worthy of attention. Illmac is often at his best when teaming with OnlyOne, a fellow member of the Portland Hip Hop collective Sandpeople. Three years ago, the duo teamed up to release Only & Ill. In May, they returned with Only & Ill 2.

Anyone familiar with these two knows to expect bars, bars and more bars, which is exactly what the seven-track (no Kanye) EP delivers. The finest moment of the project is its closing cut, the Chase Moore-produced “Once Upon A Time In LA.” OnlyOne kicks things off with an outstanding verse before passing the baton to Illmac, who matches it in quality.

I first was introduced to Magestik Legend through his guest appearance on One Be Lo’s 2005 cut “Unparalleled,” which remains my favorite cut in Lo’s solo discography. In recent years, Legend has really hit his stride as one half of the duo The Black Opera. Alongside Jamall Bufford (fka Buff1), Legend has been putting out some very unique music under the TBO banner. Due to TBO’s consistency together, I was almost a little disappointed to see Legend drop a solo album in May instead of another project with Bufford. All This Time quickly changed my attitude as hearing Legend’s work made me realize he’s still quite good on his own.

The lead single, “DetroitMental,” is a perfect introduction to the project since it lays out everything you need to know. Legend has mostly been associated with fellow Michigan artists from outside of Detroit, but he proudly reps Motown — as heard on the single. As he explains on the song, there’s been a disconnect between him and other artists in his city. “DetroitMental” reveals some ironic twists of fate for those who once looked down on him over a soulful beat, which he also made. Legend just so happened to produce the whole LP, so fans get a full dose of his skills on both the mic and boards.

Sometimes, SoundCloud’s recommendations are on point. The streaming service deserves all the credit for alerting me to J Scienide and Bozack Morris’ “Capeesh.” Scienide, like the previously mentioned Solemn Brigham, comes from North Carolina although he’s now based in Washington, D.C. His location and style — no-frill bars with a penchant for boom bap — made plenty of sense when I discovered his collaborations with Low Budget Crew members Kev Brown, Kenn Starr and Hassaan Mackey.

Morris, on the other hand, is repping Toronto. Don’t expect to hear anything out of the OVO playbook from him though. The Canadian producer is all about that grimy, basement sound that East Coast rap fans know and love. “Capeesh” is a match made in heaven with Morris’ ominous vibe creating a fitting backdrop for Scienide’s in-your-face bars. The single doesn’t appear to be attached to any collaborative project, but hopefully, that will change. This combination deserves further exploration.

I try not to go overboard with music from my hometown of Baton Rouge for the Report, but it seems like I can’t avoid it as of late. This time around, the spotlight is on Black Cypress producer Swiger’s “DownFall” featuring Adam Dollar$. Swiger’s been featured on DX before, and he concocted a dope beat here based around a sample of John Legend’s “Used To Love U.” But it’s Dollar$ I really want to highlight.

Dollar$ has been one of the most talented MCs in BR for a few years now, but “DownFall” is an example of him reaching a new level. A lot of his past work could accurately be described as “good, not great.” But this track? This is the type of record that can make him a name to know beyond Louisiana. If I could fantasy book this as an A&R, I’m putting Dollar$ and Swiger together in the studio as much as possible to create an entire a project like this one. Maybe, I just spoke it into existence. 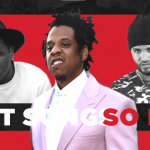 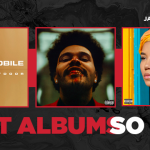 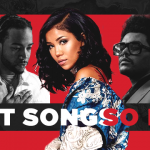 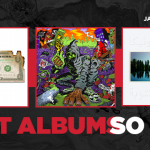