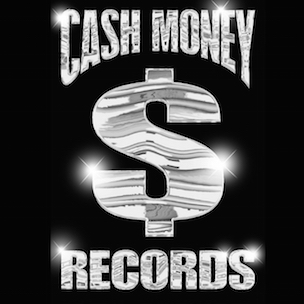 As friends become enemies and fathers become estranged from their sons at Cash Money Records, the label that Baby and Slim built is crumbling down around them. Of course, they still have their holy trinity of earners and a young, very comfortable with ambiguity, party prince behind them, but all of that is in serious doubt as the year comes to a close. In short, it hasn’t been dubious hand-wringing and multimillion dollar selling albums for Cash Money this year. Quite the opposite, the label, it’s founder, and its crown jewel have been embroiled in a web of legal troubles, shootings, seeming delusion and drama. The real Empire is happening somewhere down in beach country emancipated by the limitations of a writers room and a fictional universe.

The real question is this: In the event that the superstars find their way out of Baby’s clutches, who does Cash Money have on the roster right now who can step in and continue the reign?

A Time Without Cash Money’s Superstars Could Be Upon Us

Andre: Drake reportedly has one album left and that’s Views From The 6. Lil Wayne is trying his best to escape. Nicki Minaj has two more albums left on that deal at most and Tyga is also looking for an exit. Essentially, Birdman could find himself transported back to the moment when all he had was Lil Wayne and he nearly lost him to Jigga.

Ural: Let’s be honest here and I’ll say it once again: There’s a huge possibility of Drizzy moving over to Warner Brothers after his deal with YMCMB is done. His OVO brand is living there comfortably, besides having two capable artists in both Partynextdoor and ilovemakonnen. When Minaj has the opportunity to renegotiate, don’t be surprised if she makes a move elsewhere if better choices are available. And Tyga? Well, I don’t think anyone cares much unless he can make another hit. The problem with Birdman is becoming quite clear, he should have cultivated some Cash Money artists instead of relying on Weezy’s Young Money roster. Did anyone on Cash Money really find it a good idea to sign Limp Bizkit and Paris Hilton?

Andre: Yo, who the hell knows, right? Success is a hell of a drug, but on the list of artists he’s got signed who he’s been promoting heavily on Instagram are the likes of Jacquees and Caskey. In fact, if they abscond, the only folks left between YMCMB and Cash Money would be, well, let’s see:

Andre: I’m listening to Black Sheep on Spotify right now, and it screams of Drake. It does. The subtle changes in tone. The darkish metal machine production. Caskey sounds like a straight edge kid playing at popping pills. He sounds like all those guys in High School whose world views I couldn’t understand. I’d say college, but no one has a worldview then. We’re all just trying to fuck each other into oblivion. He can rap, though, and that’s important. When he says something you’re not sure if he means it, which is as winning a strategy as anyone can come up with these days.

He’s also got Black Sheep 2. It’s markedly better. Like, leagues and bounds better, but only in that way wherein someone gets technically better, but chooses to leave his soul at home. “I want enough to gold to satisfy ten pharaohs.” Do your research, man, Pharaohs are never satisfied. But, there’s something there, and I’m not surprised at all that Birdman is lending his seemingly diabolical golden hand to guiding the kids career. Chances that he’ll actually release a project with a barcode are good with this one. I’d say around 78 percent.

Ural: A while back, a fan of Caskey hit both me and Dre up on Twitter following an episode of Stray Shots about Baby. The lady flat out said he was the future. I indulged and actually found the few tracks that I heard were really good. Not going to lie, if there’s someone who potentially has a chance to pop within the dwindling Cash Money stable, it’s him. Dude’s a lyrical cannon at times with enough of an edge to really fit in today’s space. Plus, he’s just flat out dope. However, whether or not that transitions into commercial success is going to take a while. There’s something about him that spells possible superstardom on his recently released Black Sheep 2 as “Staywitme” is a banger. But, come on now. How many artists have popped with one track to phase into obscurity later on? Right now, Caskey may be Birdman’s secret weapon.

Ural: Anyone who saw the now infamous meme referring to Birdman love of Lil Wayne through Jacquees understands how eerily similar the two look. His breakthrough moment this year was on Young Thug’s controversial Barter 6 album through “Amazing” which featured him delivering a satisfying hook. Looking a bit deeper into his current catalog, he’s released a fair amount of music and it’s not that bad. If anything, Jacquees sounds like August Alsina dipped into LA’s current ratchet R&B scene. Last month, he ironically dropped his “Like Baby” which is his not-so-subtle homage to his current label home. While his longevity may be questionable at the moment, Jacquees could be their next big hitmaker. Then again, even being attached to Baby or even Young Thug could be a problem.

Andre: He looks like Wayne and sings like Drake and on paper this is a no brainer. It’s like drafting a six foot seven wingman with crazy hops. He’s musically athletic, definitely, and he’s polished, but he’s not definitive. What Cash Money is looking for is a front man. Someone with chutzpah, and could that be him? Probably not. His music is an easy listen, but does he have the force of personality that can carry an entire label? Visit his Soundcloud and you’re transported to a world of mostly marginally rhythmic inertia. His music feels like a planet that’s stopped moving, but that doesn’t it mean he can’t be a nice, good-selling compliment to a person with star appeal.

Andre: Maybe you remember Lil Twist from “Turnt.” He dropped that in 2011 because he’s a  seeker on the side and knew words like “turnt” would be popular in a few years. Other than Busta Rhymes pretty verse there wasn’t much else to the song, save for the combination of paint-by-number rhyme schemes and the elastic tossing around of the term, “Who’s fucking with me.” There’s an irony there I won’t explore right now, but there’s the legal trouble to think about.

There’s a definite thing happening here. Cash Money has been experimenting with artists that they thought could have at least been Tory Lanez for a while now, and we’re not sure what happened. It’s simply much too coincidental that they all have the same-ish music out there. What we can all agree on is the result. None of them have made a definite name for themselves and most continue to languish without a real end in sight.

Ural: I have an interesting story about the first time I met Lil Twist for the first time in 2012 as he opened up for Tyga fresh off the success of “Rack City.” For a young teenager, he came molded by Baby and Lil Wayne’s blueprint of being accompanied by lustful women,  double cupped drank and a few gold chains. Doesn’t hurt that he once had a bromance with Justin Bieber. Years later, he’s a wanted man for armed robbery and assault. If some music coincided with all the tabloid drama, his career could have had some legs. But, growing up around the likes of Cash Money could have some beneficial effects in the future as Twist has been signed to the label since turning a teenager. Then again, he’s had troubles with the label as well.

Ural: Clearly, Jae Millz proved his loyalty to Weezy after Charlemagne said the obvious about No Ceilings 2. Makes sense as probably alongside Lil Twists, he’s probably one of the oldest YMCMB artists. Unfortunately, despite appearances on projects including Rise Of An Empire, Rich Gang and I Am Not A Human Being, it feels like he’s just been strung along. A shame too as Millz could really give Cash Money that very core New York credibility that could make them a more rounded rap label as Cory Gunz tries to figure things out on his end and Minaj swims father into Southern rap/pop stratosphere. Right now Millz really feels like a middle-of-the-road emcee without a real hook musically.

Andre: Jae Millz is a stand-up dude. He went at Charlamagne hard after he made mention of Weezy’s No Ceilings 2 mixtape being weak and It seemed like he meant every word of that, too. As if he was slam typing those tweets while cursing through clenched teeth. He was a feature on the tape and he did his thing. But, let’s be honest, Millz doesn’t come close to being the hero that Cash Money is going to need very soon. He’s not quite the villain, either. And like they say on Shark Tank, if you’re in the middle you won’t go anywhere. He’s a veteran of the company, as well. A veteran who hasn’t been given the green light to drop an actual album. Oy vey. It’s also eerily titled Nothing Is Promised. Jae Millz has been at the label since 2008. But judging by the incendiary details in Lil Wayne’s 51 million dollar lawsuit, one thing is promised, and that thing is you probably won’t be putting an album out if you sign directly to Cash Money. Though, now, this is as good a time as ever to get the bug in Birdman’s tatted ear.

Andre: Where is Cory Gunz? He pops up intermittently here and there and then disappears for months at a time. And he can really spit, too. He’s got a flow that’s far from mechanical. It’ll take a team effort for life at Cash Money to continue if all their earners make bolts for the exits.

Other than Peter Gunz keeping his son under wraps a few years ago so he could avoid jail time, the output has been scarce from this once up and coming emcee. But if things go south, let’s hope he’s got some bangers left in the tank. Both he and Cash Money are going to need them.

Ural: Wayne’s signage of Cory Gunz almost felt symbolic of his almost subliminal respect for New York Hip Hop. Past Drake, Wayne and even Tyga, there wasn’t anyone Weezy outwardly believed in than the son of Peter Gunz. Lil Tunchi even went out on a limb and featured Gunz on Carter IV’s first single “6 Foot 7 Foot.” Since then, a loosie here and a mixtape there hasn’t catapulted him to rap’s next second generation emcee. Catching that 2013 gun charge didn’t help besides his father becoming a reality television joke. Sad considering how well Gunz can really spit as his verse on Free Weezy Album standout “Murda” couldn’t have served as better proof. Can he maintain his fairly breakneck lyrical ability in today’s space. It’ll be interesting watching him rise to prominence or crash into nothing.