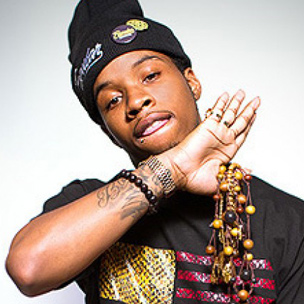 Tory Lanez claims that he wrote a song for Meek Mill in an interview with HotNewHipHop that was published in October of 2014.

“I wrote the August Alsina record on the Meek Mill album that’s about to come out,” Lanez says.

The track the rapper is referring to is likely “My Niggas,” a bonus track on Meek Mill’s Dreams Worth More than Money.

Last month, Meek Mill sparked a feud with Drake when he claimed the Toronto rapper doesn’t write his own raps.

“He don’t write his own raps! That’s why he ain’t tweet my album because we found out!” Meek Mill wrote on Twitter on July 21.

Mill said that Drake did not write his verse for “R.I.C.O.” on Dreams Worth More Than Money.

“He ain’t even write that verse on my album and if I woulda knew I woulda took it off my album….. I don’t trick my fans!” he continued.

In the HotNewHipHop interview, Lanez says that he has written behind the scenes for Travi$ Scott and Jeezy, among others.

“I do a lot of writing,” he says. “People don’t actually know how much writing I really do.”