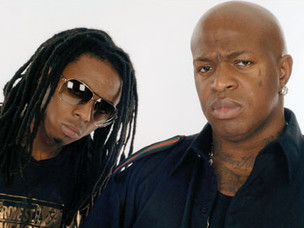 The Villainous Silence Of Birdman

Yes, both Birdman nor Young Thug have been charged with conspiring to kill Lil Wayne. Doesn’t matter as this only adds to a long list of bizarre events ranging from internal rifts to drink throwing during performances. Meanwhile, Baby maintains his silence on all events and somewhat remains out of the public spotlight. That is unless it involves Thugger. Besides spitting some of his best bars in years on two Barter 6 tracks, he’s made some appearances a few of his music videos as well. It’s all weird. Cash Money is totally fine in Baby’s world with the level of cool on the surface. He has purposely avoided mentioning anything leading up to Lil Wayne’s Free Weezy Album, the media blunder Tyga has become, J Prince’s menacing threat over Spanish guitars earlier this year and Drake distancing himself from the label.

The biggest artist Birdman has in the cards that’s potentially serving well for him is Thug. However, that’s shrouded in mystery as the Atlanta-native is technically signed to 300 Entertainment. When it comes to Cash Money itself, Jacquees could be considered an artist with potential as “Come Thru” with Rich Homie Quan and “F’n With Me” are potential bangers even though his aesthetic similarity to Wayne feels awkward. As the once monumental empire crumbles around him, what exactly is Birdman doing? Maybe real G’s really move in silence.

Every year, Birdman seems to look more deranged and evil. Then again, the Cash Money co-owner (along with Slim, the rap game Dr. Claw) has a reputation for abusing artists in some form or fashion. Now, in plain view, those rumored allegations of Baby strong-arming folks could be bubbling to the public consciousness. The indictment only strengthens the long-going speculation since the arrest of Young Thug’s tour manager Jimmy Winfrey for his part in an assassination plot against Weezy. Add this to the fact that Wayne admitted to Birdman orchestrating the loss of his virginity at the age of eleven in a room filled with grown men is disturbing. Remember this video?

There’s a reason why Wayne fought so hard to keep that QC3 directed documentary for Tha Carter III from getting out. Years later, Weezy is calling out his former mentor and planning a Hot Boyz reunion at his upcoming Lil’ Weezyana Fest. Will Rap’s history books name him as this generation’s Suge Knight in the future? The answer is leaning strongly toward no. He’s worse. Not only has Birdman been accused of ripping artists off and using violent intimidation tactics, he’s probably participated in the sexual abuse of a minor. Never in a million years did anyone see the moment where Baby would make Knight sound like a cartoonish bully. Sure, the former Death Row leader accidentally killed his best friend while attempting to “flee” an ambush in self-defence but, these things happen. Occupational hazard of rolling with former gang members with a chip on their shoulder. Hell, Dick Cheney shot his best friend in the face during a hunting trip and at one time, served as the Vice President of the United States of America. Besides the point that is. There was a moment where Birdman’s hand rubbing was seen as some smooth boss gestures. Now, it’s the signature of someone who may be the cruelest executive Hip Hop may ever know. Guess this means there won’t be a Like Father, Like Son sequel.