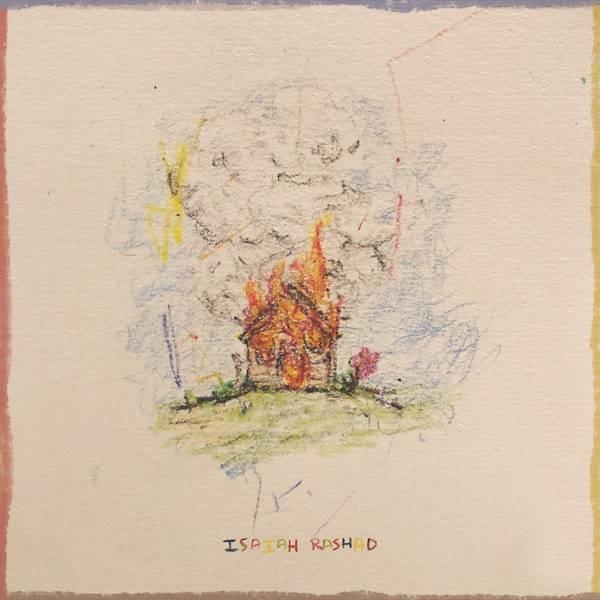 Isaiah Rashad possesses the rare quality of mysticism much like Frank Ocean and Kendrick Lamar. Not many artists could deliver a critically acclaimed and mostly adored album, then disappear without a trace or any inkling of new music for five years.

But not many artists are Isaiah Rashad.

The 30-year-old Tennessee rapper stood out from his labelmates at Top Dawg Entertainment, delivering vulnerable and introspective tracks with a healthy dose of Southern Hip Hop appreciation that made his most heart-wrenching confessions still ride in the whip.

Rashad’s most underrated trait is how he feels like a brother, cousin, neighbor. Listeners can relate to Kendrick Lamar and ScHoolboy Q songs, but there will always be a disconnect whether from their upbringings or current superstar statuses. But Rashad doesn’t have that shine to him. He talks to the listener like old friends catching up after years apart.

However, those perfectionist tendencies came with a cost coupled with traumas he had yet to work through, trapped in a horrific cycle of alcoholism and depression. The bottom fell out, leading to a stint in rehab after blowing all his money and reaching out to TDE founder Anthony ‘Top Dawg” Tiffith for help.

Through intense reflection and introspection, Rashad finally found solace, putting his energy into comic book collecting (his favorite being Tom King’s Mister Miracle, a story about accepting one’s traumas and trying to move forward with reality) and re-discovering a passion for music. Clean and focused, Rashad has returned from the ashes with The House Is Burning, an album designed to get him back on track.

The House Is Burning is an allegory for Rashad’s life. If the house was engulfed in flames, would one try to save as many possessions as they could or start anew? Rashad wrestles with the thought throughout the album, ruminating on his rehab, traumas, depression and most stark — his mortality. But it’s easy to miss with how chill the album sounds, as if Rashad is the dog sipping coffee in the meme where fire engulfs everything around him. The beauty of The House Is Burning is it’s a multifunctional album: it can be as deep as the listener wants but also makes for perfect music joyriding on the highway.

Highlights for the latter include “What U Sed,” which seems designed for Saturday pregame playlists and tailgating on a hot summer day in the South but has this cloudy dreamlike feel to it, adding accessibility to the track. Florida rapper/singer DOECHII’S breakout performance holds the song together, with her short “drunk on a Saturday” refrain destined to be repeated during day drinks across the country.

While there are feel-good joints across this album, Rashad is more inclined to mix southern bounce with a mellow delivery. “Chad,” named after the late UGK rapper Pimp C, features Rashad fully in his element, delivering a laid back but direct interpolation of Pimp C’s iconic Mercedes line on JAY-Z and UGK’s classic “Big Pimpin.” He recruits fellow Tennessean YGTUT, who raps with the spirit of Bun B on his verse. ”RIP Young” is also built off Southern appreciation, complete with a sample of the Project Pat standout “Cheese And Dope,” featuring Rashad sounding cool and in command rapping about hotboxing in the whip, doing donuts and not dying.

The centerpieces of the album though are “Don’t Shoot,” where Rashad dives deep into his mortality rapping dually about the South’s mistreatment of Black people and how depression brings people to a place of wanting to end it but hoping suicide doesn’t hurt. The title track illuminates Rashad’s struggle with addiction as a famous rapper. He details the lifestyle of being on tour, sounding inebriated, drowned in a sea of excess and a need to seek substances to cope.

For all the good, there are some issues with the album, but they aren’t easy to figure out at first glance. There aren’t any bad tracks and the album flows well with pristine mixing, but Rashad comes off almost too relaxed at times.

Songs such as “Claymore” sound more like a Smino showcase rather than an Isaiah Rashad track. The beautiful Kenny Beats’ produced “Score” features one of the best SZA features in a minute and a surprisingly lively 6LACK, but Rashad is a non-presence in comparison.

It feels like Rashad gets too comfortable, wearing influences on his sleeve and a familiar bag of tricks instead of ushering in a new era. Everything sounds great but at this point in his career, listeners know he can bring more to the table. But after finding out what he’s went through over the past five years, it could be forgiven. He hasn’t necessarily grown as an artist, but the newfound freedom in his music is obvious and welcomed.

The final track “HB2U” signs off the album on a hopeful note. Rashad ruminates on his past missteps, hoping he won’t become like his father and can break the cycle of familial PTSD. “I want my payback,” he states to an unnamed entity, possibly a nod to how alcoholism, depression and addiction have uprooted his life and stolen his time. “If you don’t ever get yourself straight, who the fuck is you gon help mane,” Rashad asks rhetorically, like he’s having an internal intervention.

Through this reflection he finds acceptance. Coming on the second half, Rashad questions if the energy he gave to his escapism through drugs should have been used on taking care of his family and enjoying life. “You are now a human being,” Rashad repeats as a mantra, finally finding solace in what he can’t control and accepting his scars may never heal, but they will fade.

The House Is Burning does exactly what it’s intended to do, it allows Rashad to dust off the cobwebs going back to the southern sound he so deeply admires, while also proving to listeners he hasn’t lost a step.

The house may have burned down, but Rashad sits outside the wreckage rejuvenated and liberated from the shackles of his traumas, ready to become the man he was always supposed to be.

This is the most powerful 4 song run to ever exist on an album @isaiahrashad #TheHouseIsBurning pic.twitter.com/VO53lI92Kl

btw isaiah rashad is 3/3 on albums that are perfect to smoke to. jus sayin

listened to that isaiah rashad album again, that shit is boring 5/10