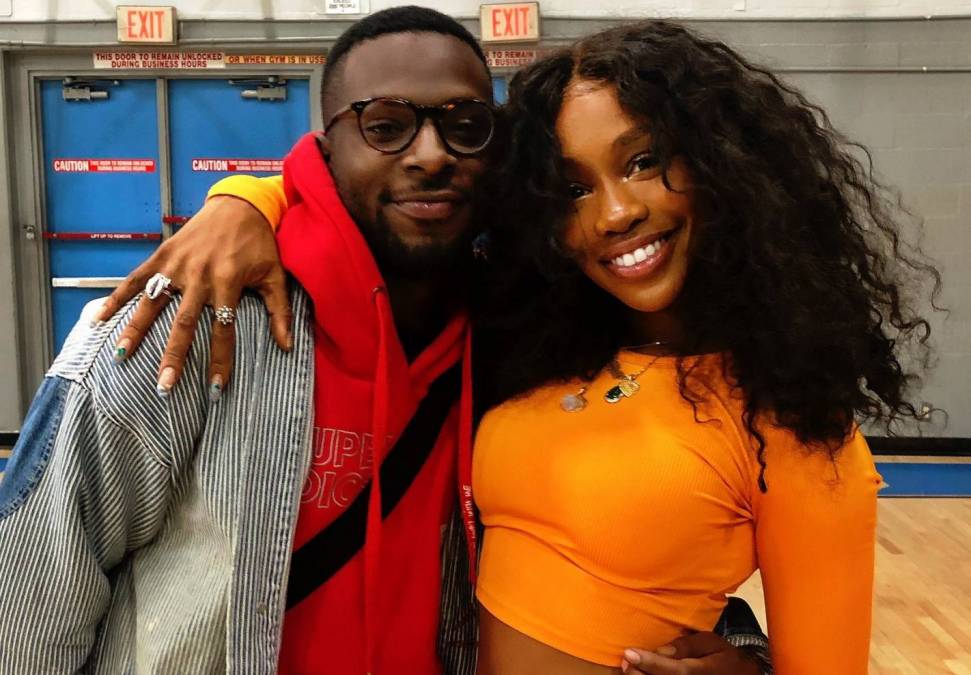 Top Dawg Entertainment comeback kid Isaiah Rashad is riding high this week off of the release of his first album in five years, The House Is Burning.

The 16-track LP finds the Tennessee rapper shaking things up with his newfound sobriety and tinkering with new collaborations such as Lil Uzi Vert, Duke Deuce and bubbling singer DOECHII.

However, that’s not to say The House Is Burning doesn’t have room for familiarity. The Kenny Beats-produced “Score” utilizes a male-female harmony blend with 6LACK holding it down for the fellas and Isaiah Rashad’s surrogate relative SZA.

During an interview with Apple Music 1’s Nadeska, Zay spoke on how vital her contributions were to the album — and his soul.

“We respect each other so much, like artistically and then like personally knowing like we have other things going on,” Isaiah Rashad admitted. “So when we hang, we try not to make music. So this one kind of took us like, just being okay with just doing it. Like we’re going to, because we know we’re going to do it. And knowing the song, knowing them what song it was, we both procrastinate. Sometimes she’ll make some of our best at the last minute.”

Although SZA is treading the timeline to match Isaiah Rashad’s five-year album delay, seeing her now-classic CTRL album was released in 2017, Zay acknowledges the success of her singles “Hit Different” and “Good Days” while thanking her for giving some of that gift to his own music.

“I guess maybe the on top of like the fear of failing, not being willing to fail can push out something like that,” Isaiah Rashad continued. “And it was just cool, just linking with her on that. But I’m surprised that I’m putting my actually, especially with her having like two of the biggest songs of the year.

“And then she been in her zone so much, like being a perfectionist. I’m just happy that she wanted to do this. Cause she really took some time apart. She was in a studio for like a week trying to make it exactly as she wants to make it. It’s always beautiful.”

The future appears to be bright for Isaiah Rashad’s The House Is Burning past the first-week flame embers. Earlier this week, TDE announced the album would be highlighted through a livestream performance collaboration with interactive digital platform Momenthouse.

Tickets are available now. Check out the teaser trailer for the action below.