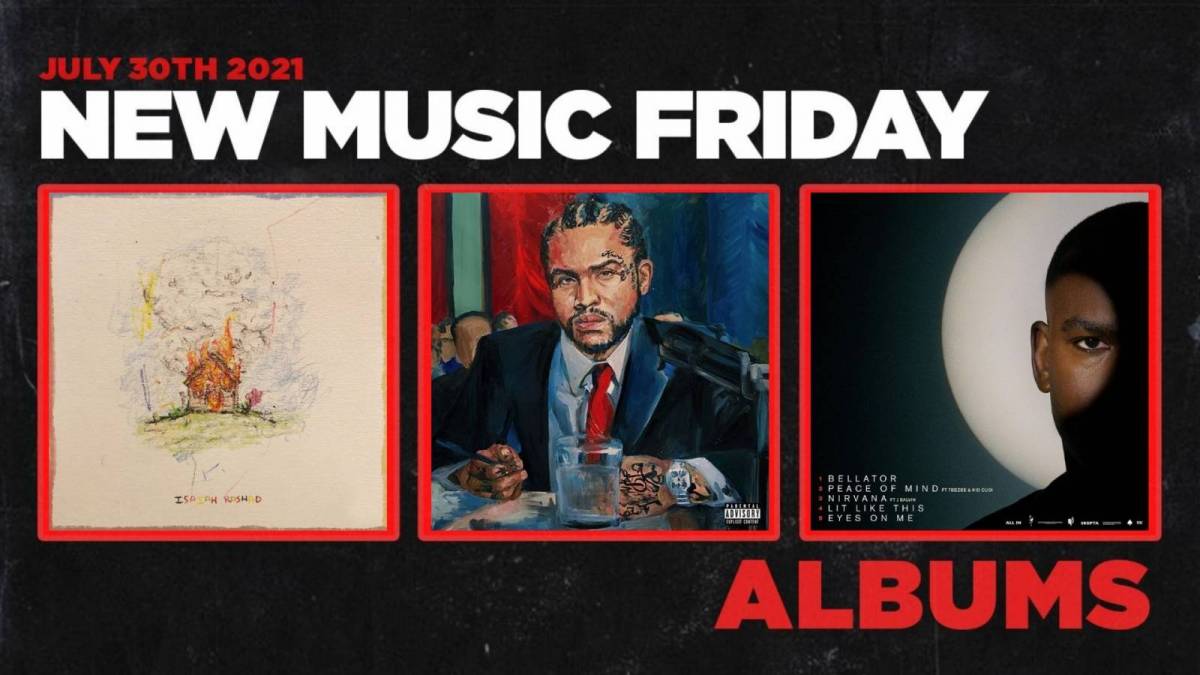 There’s no excuses for ignoring this week’s edition of New Music Friday. The albums which dropped during the week ending on Friday (July 30) are diverse both regionally and sonically, giving fans more than enough music to explore this weekend and beyond.

To start, Isaiah Rashad released his long-awaited The House Is Burning, which holds features from the likes of Lil Uzi Vert, SZA and more. Young Dolph and his Paper Route Empire team held down Memphis with PAPER ROUTE iLLUMINATi.

After a brief hiatus, Logic came through this week with Bobby Tarantino III, while U.K. icon Skepta came through with the All In EP.

With brand new albums from Dave East, HipHopDX Rising Star Toosii and more, this New Music Friday is not to be missed.

Isaiah Rashad – The House Is Burning

Isaiah Rashad’s journey through in rap has been one of the most fascinating tales in all of Hip Hop. Since he signed to Top Dawg Entertainment in 2013, the Chattanooga, Tennessee has experienced some glorious highs and devastating lows. The House Is Burning, Rashad’s latest offering, arrives five years after his 2016 album The Sun’s Tirade.

Filled with familiar faces (SZA, YGTUT) and new collaborators (Lil Uzi Vert, Smino), The House Is Burning picks up where his previous projects have left off, tackling themes of addiction and mental health, while giving listeners a look into what his life over the past half decade.

After a massive album from Dave in We’re All Alone In This Together, and now Skepta’s latest EP All In, U.K. rap is entering a new era defined by piercing bars and chilling production. Arriving with only five tracks, Skepta’s newest EP is short in length, but massive in stature.

Dark and dripping with sounds of Grime and Drill rap, All In marks the Tottenham rapper’s first solo release since his critically acclaimed Ignorance Is Bliss. From the Kid Cudi and Teezee-assisted “Peace Of Mind” to J Balvin’s feature on “Nirvana,” the rapper/fashion icon sent a strong statement of the power of his pen and voice with All In.

Logic, the Brett Favre of rap (at least in terms of his relationship to retirement), has just released Bobby Tarantino III, the third installment of his mixtape series which began in 2016. Despite staying out of most controversy, Logic consistently finds himself to be the punching bag in the Hip Hop. He’s handled the flak well, keeping quiet and steadily dropping new music (minus his ‘retirement’ which lasted for less than a year).

Bobby Tarantino III is a needed reminder of the “Everyday” rapper’s talent which is often drowned out by endless memes and teasing.

Toosii – Thank You For Believing (The Manifestation)

HipHopDX Rising Star Toosii is picking up right where he left off in May, dropping Thank You For Beliving (The Manifestation), a deluxe edition of his fifth studio album. Adding ten brand-new songs to the tracklist, Toosii’s latest also includes features from Fivio Foreign and Florida MC Hotboii. With production from the likes of Ronnie Lucciano, D.A. Got That Dope and Buddah Bless, the deluxe edition of Thank You For Believing further explores the dark and melodic trap music which garnered the “heart cold” rapper attention in the first place.

A leader in the newest generation of artists fusing Hip Hop and R&B, Toosii continues to solidify his burgeoning potential.

Alongside his cousin Key Glock, Young Dolph is one of the most influential artists to break from Memphis in the past decade. The founder of record label imprint Paper Route Empire, Dolph has pushed his craft to new heights through projects such as Dum And Dummer, Rich Slave and now PAPER ROUTE iLLUMINATi, a compilation of the PRE artists.

Although Glock and Dolph are the preeminent acts on the PRE roster, PAPER ROUTE iLLUMINATi brings needed attention to lesser-known rappers including Big Moochie Grape, Kenny Muney and Snupe Bandz.

Hoffa, the joint project between Harlem MC Dave East and producer Harry Fraud, arrived this week with an All Star cast of features from Curren$y and G Herbo to Benny The Butcher and Jim Jones. Dave East, along with playing Method Man in Hulu’s Wu-Tang Clan: An American Saga TV series, has been a fixture of New York rap for over ten years, beginning with his debut in 2010, Change Of Plans.

The Def Jam artist sounds perfectly at home amongst production from Harry Fraud, highlighted by his smooth flow over the flute-laden “Uncle Ric” and the guitar-backed “Diamonds.”

Heat Of The Moment by Tink and Seven from hard-spitting NY rapper Gabe ‘Nandez earn this week’s Honorable Mentions.