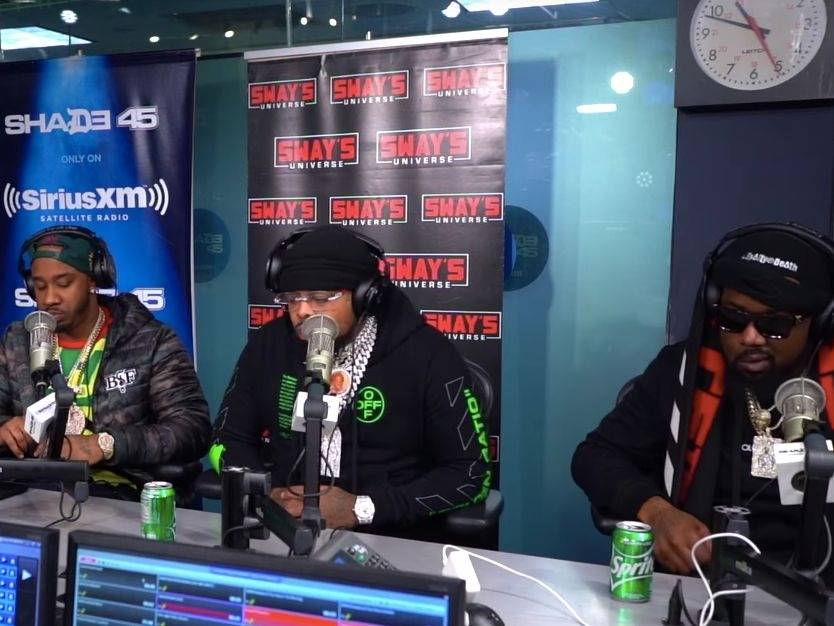 New York, NY – Following Eminem’s Nick Cannon diss on Fat Joe’s single “Lord Above,” the Wild ‘N Out host returned fire with not one but two diss tracks aimed at Slim Shady earlier this week — “The Invitation” featuring Suge Knight and “Pray For Him” with The Black Squad.

During an appearance on Sway In The Morning, Griselda brethren Conway The Machine, Westside Gunn and Benny The Butcher were asked to weigh in on the beef. While they seemed to agree that no one should cross Griselda, they had opposing views on participating in the e-battle.

Then Westside jumped in with, “I don’t battle rap. I got two Billboards in Time’s Square though. I got half a million in jewelry, I don’t have to battle rap” before Conway added, “Where I’m from, niggas call me when it’s time for other shit to do. I ain’t with all that rap shit and all that.”

Westside then elaborated on his stance, explaining it’s “clout shit” to hop on a diss track in defense of the person directly involved in the beef.

“These are grown men, 40 years old trying to rap against each other right now,” he said. “It’s deeper than that. In the culture it’s respect, because that goes back to the beginning of time. I respect it, but for what I do personally, I haven’t even heard it – I don’t want to hear it. For what? We got other things we want to do, Chinegun [WWCD] out right now.”

But Benny didn’t necessarily see a problem with it.

“I doubt Em would ask niggas, cause he got that,” Benny says. “But if he asks me, would I do it? I’m not gon’ lie, I probably would if he asked me. If Em walked in this room right now like what you doing after this?”

Westside concluded, “That’s the difference between Westside Gunn and Benny. But one thing’s for sure, don’t nobody want no problems with us. I’m putting that on the record. That’s anybody.”

Finally, Conway wrapped up the discussion by dismissing Cannon altogether.

“We loved when Jay and Nas were going at each other cause they were both ill,” he said. “When Beans and Kiss was going at it, you knew you had to watch that. That’s why I don’t think Eminem’s going to respond. It’s Nick Cannon.”

Griselda dropped the WWCD album last month. The project featured Shady, 50 Cent and Raekwon, among others.