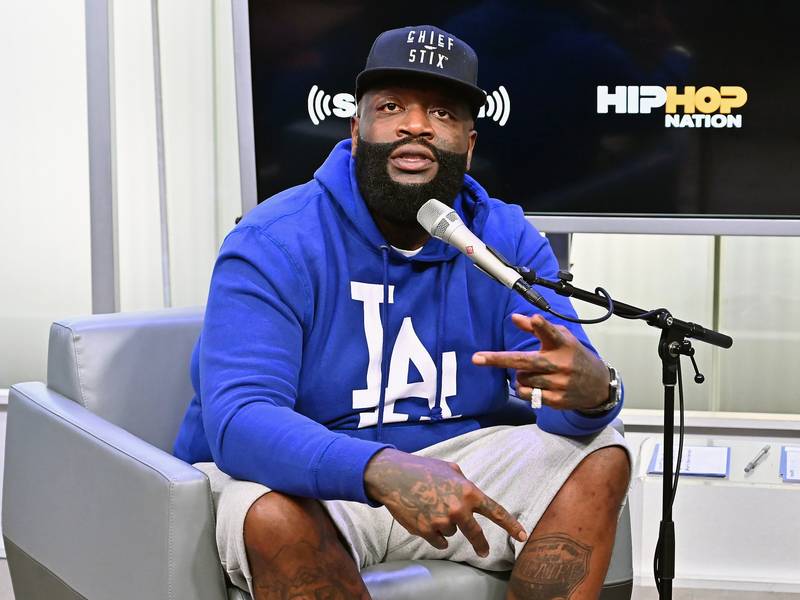 HipHopDX – This week in Hip Hop, Rick Ross released his highly anticipated album Port of Miami 2. Also, Blueface claimed he slept with at least 1000 women, and Dilated Peoples member Evidence recalled his past beef with Eminem.

Port of Miami 2 didn’t come without a little controversy though. On the track “Rich Nigga Lifestyle” featuring the late Nipsey Hussle, the late artist dedicated some lines to the dismissal of Tekashi 6ix9ine.

“I can’t name a fake nigga that was not exposed/How y’all niggas so surprised that Tekashi told?” Nip raps on the song. “Ain’t a real street nigga ‘less you got a code.”

On the joint “Vegas Residency,” many believe Rozay dissed Kanye West because of the references to Yeezy’s affinity for Donald Trump. The Maybach Music Group boss clarified his verse in an interview with Genius, saying he was just speaking the truth and it wasn’t a diss.

Ross is scheduled to kick off his Port of Miami 2 Tour on September 23.

Blueface had the internet shook when he claimed he’s had sex with over 1000 women in six months on Real 92.3’s Big Boy’s Neighborhood.

On the latest episode UPROXX’s People’s Party With Talib Kweli, Evidence explained how Everlast ignited his beef with Eminem.

“That whole thing was a big mistake,” Evidence said. “That was the funniest part about my ‘beef’ with Eminem. It was a big mistake. Ah, fuck. It’s so bad. When he said, ‘I buck a .380 on ones that act shady.’ Planet Asia was there, Defari, Phil Da Agony was there … everybody was in the room.”

“I never wanted to stop rapping, but I blew up as a producer,” he told DX. “All my childhood friends were confused because they know like, in my heart, I love to rap.”

DX spoke with Rich The Kid and 83 Babies about their new record deal and what makes the group special.

DX also explored the legendary Hieroglyphics crew’s work ethic and longevity ahead of the 2019 Hiero Day in Oakland.

“We grew up together, so we’re friends first,” Souls Of Mischief’s Tajai said. “It’s not like we’re a supergroup. You think of all these other groups, they were put together either by a label or by their mutual interest in rap. We were friends who had a mutual interest in rap, so as long as we keep the friendship as our priority it works out.”