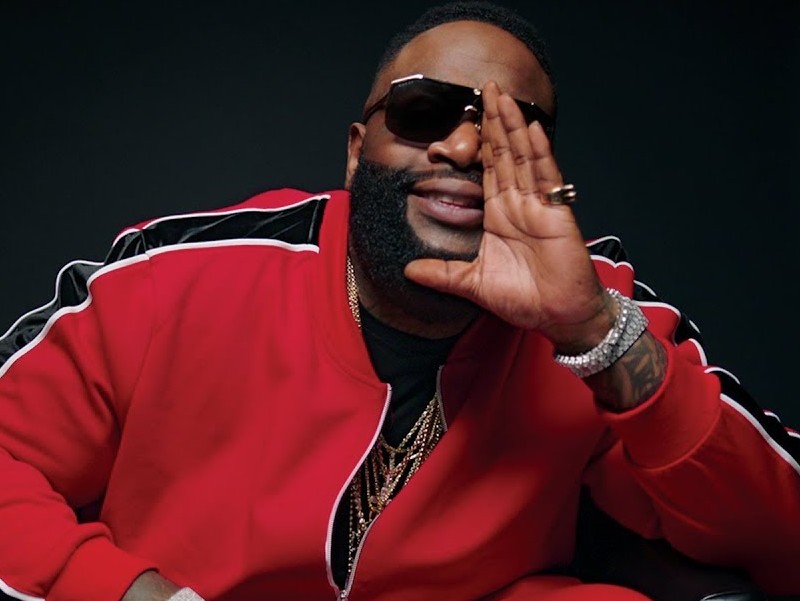 Rick Ross dropped the long awaited Port Of Miami 2 on Friday (August 9) and it wasn’t without a little controversy. The late Nipsey Hussle disses Tekashi 6ix9ine on “Rich Nigga Lifestyle” and now, Rozay is defending a lyric about Kanye West on “Vegas Residency.”

Ross mentions ‘Ye in the first verse of the Noc & J.U.S.T.I.C.E. League-produced track, touching on his alignment with Donald Trump.

“Yo, watchin’ Kanye interview, feel like I wanna cry,” he raps. “For every innocent brother charged with a homicide/Went from battle raps to now we wearin’ M.A.G.A. hats/Dade County, nigga, mansions up in Tamarac/Never golfin’ with the Trumps and I give you my word.”

But according to a new interview with Genius, it wasn’t meant to be offensive to the GOOD Music mastermind — it was something Ross simply had to do.

“It was nothing personal,” he said at the 33:30 mark. “It wasn’t in a disrespectful way. It wasn’t a diss. It wasn’t none of that. It was just facts, me sitting up and I’m seeing, ‘Okay, I see what’s going on, I see the temperature. I see Kanye standing next to Donald Trump, okay. It’s just something I got to address.”

Ross added “Vegas Residency” is the oldest track on the album.