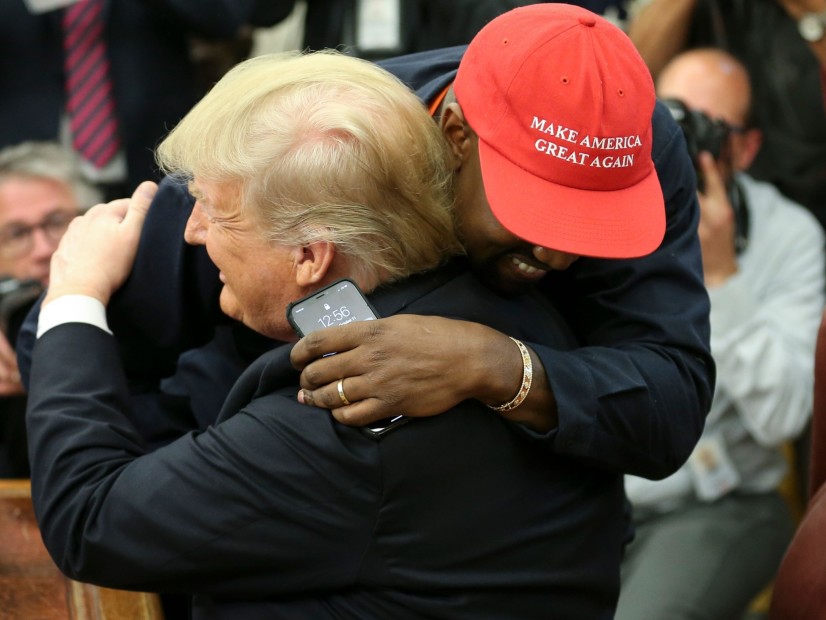 A seemingly unamused Donald Trump sat down with Kanye West at the White House on Thursday (October 11). During their lunch meeting — which included dozens of reporters — Kanye doubled down on his suggestion to “abolish” the 13th Amendment while spewing his wild ideals.

“It’s more important than any specific deal that we bring jobs into America and that we provide a transition with mental health and the Amer-I-Can education curriculum … There’s a lot of things affecting our mental health that make us do crazy things that puts us back into that trap door called the 13th Amendment.

“I did say say abolish with the hat on because why would you build something with trap door?”

As ‘Ye continues to ramble, he explains why the MAGA hat is like a “Superman cape” to him, what made him back Trump rather than Hillary Clinton and why Saturday Night Live and liberals need to make Trump “look good.”

“This is our president,” he says. “He has to be the freshest. The flyest.”

Although Trump didn’t really contribute much to the conversation — Kanye truly owned the floor for most of their meeting — once their conversation came to a close, Kanye ran up to Trump to give him a hug.

Check out the full rant above.

Kanye runs up to President Trump to give him a hug. pic.twitter.com/2HF8R1qlmc