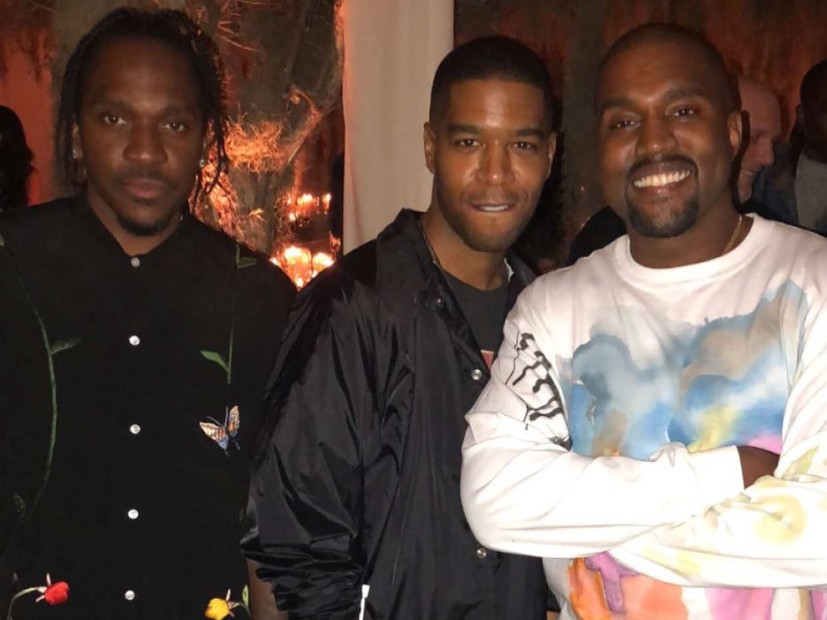 HipHopDX – This week in Hip Hop, Kanye West and Kid Cudi rolled out their collaborative effort Kids See Ghosts. Also, Lil Wayne was finally able to secure a release from his Cash Money Records contract, and the rap beef between Drake and Pusha T came to an end.

Kanye West brought out media members to a literal ghost town for the listening party of his joint album with Kid Cudi, Kids See Ghosts. The seven-track album was released haphazardly with a delayed appearance on streaming services and a jumbled tracklist. Despite the mishaps, Kids See Ghosts was met with warm reception from music listeners.

Lil Wayne had a lot to celebrate this week after being released from his Cash Money Records contract. Weezy F. Baby reportedly received a huge payout in excess of $10 million along with his release, according to The Blast.

“Per our settlement agreement, the matter has been amicably resolved to the satisfaction of all parties,” Wayne’s lawyer said in a statement to Billboard. “In terms of the particulars, we’re prohibited legally from saying anything further. I can say that my client is happy. He is his own man, a man that owns his assets, his music and himself. At some point, Wayne will let his fans know what’s going to happen next.”

Drake and Pusha T Rap Beef Is Over

J. Prince has spoken and it’s a wrap for the beef between Drake and Pusha T. The Rap-A-Lot CEO declared Drizzy wouldn’t respond to “The Story Of Adidon” in a variety of interviews, and apparently all the talking resulted in him receiving a threatening text message.

“These are real-life situations we have to deal with,” Prince said. “I understand where it can go, and I’m trying to circumvent it. But by the same token, I’m really the wrong person to be trying to go there with. I understand it, and I’m in a position to try to put an end to it. But the devil don’t even like peace. Believe it or not, he sees you going through peace, and he don’t want it. That means nothing. But this decision, we’re standing by it, and we’re going to move along to do good business.”

Pusha reiterated the beef’s conclusion during an interview with Vanity Fair. “These conversations have been had and, to my knowledge, it’s all over. It’s all over with,” he confirmed.

As far as who won the rap battle, Diddy thinks the crown belongs to King Push.

Read more about the ending of Drake and Pusha’s beef here.

Awkwafina — In Fina We Trust

In an interview with HipHopDX’s Kyle Eustice, Mally Mall gave Justin Bieber all the credit for helping him leave his fast life behind in Las Vegas and move to Los Angeles to work on music full time.

“I went from making a half a million dollars every couple of months to now struggling in the music industry and living off of my savings,” he told DX. “It was probably the best thing to happen to me because I feel better as a person. I barely go to Vegas now. If I go, its for like music or to check out my animals. Thanks to Bieber. He really had me change my life.”

Low End Theory’s 12-year run of shows at Los Angeles’ The Airliner is coming to a close. The event series will host 10 more shows with the final one taking place on August 8.

“We all knew it had to come to an end one day, and we wanted to control how and when we ended the weekly club,” D-Styles told HipHopDX. “I feel sad that it’s gonna end and I’ll truly miss playing music for a crowd that was so open-minded and hungry to hear new stuff.”

The reason for Drake’s “Duppy Freestyle” and Pusha T’s “The Story of Adidon” comes attached with numbers. From how long this beef has been raging to the number of SoundCloud plays each song has accumulated, everything has been calculated in this helpful breakdown for inquiring minds.