Review: Fetty Wap’s “Bruce Wayne” Is The Outro To The Fall Off 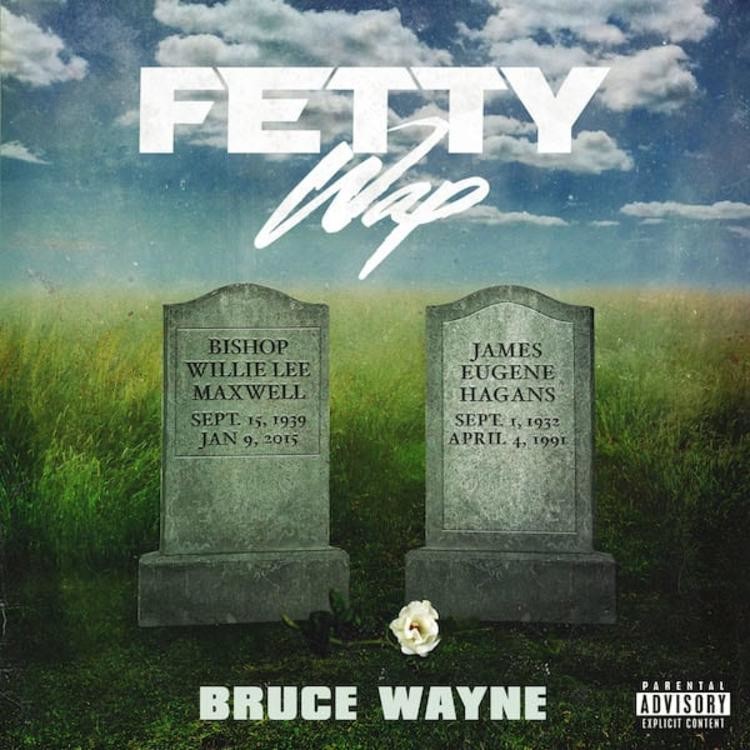 On paper, Fetty Wap had the fast start to become a prominent artist in the modern-day rap game. He had a strong breakout hit in “Trap Queen” that did just as much creatively (he perfected the millennial gangster love ballad) and commercially (the record went seven times platinum). This rapid-fire success earned him a double-platinum debut album filled with a handful of other smash singles. But not even a mighty Drake-featured fist bump (“My Way”) can sustain an entire career. Since those brighter days, the notoriously proud father has been on a steady decline to the unwelcomed “where are they now” category.

The cover art and title to Bruce Wayne, his latest digital frisbee, allude to a focused concept revolving around the trials and triumph caused by the death of his parents — similar to the Batman lore. But only the project’s opener comes close to referencing anything related to The Caped Crusader narrative. (“Bitch I’m Bruce Wayne, I keep money on mind,” he plainly raps.)

What made Fetty such a refreshing artist was his woven melodies through heavy Auto-Tune filters, which, at the time, was in its pleasurable infancy stages. Now that the honeymoon is over, his songwriting talents for said digital voice modifications can be perceived as a crutch. “Look At Me” is quite literally audio scrambled eggs with screechy pitched vocals and sitar strings shooting every which way to the point where it’s impossible to know where the verses start and choruses end. Songs like “All for You” and “So Different” are elevated from a production standpoint but just as vocally off-putting.

There are a small minority of tolerable cuts on the 11-song project that have potential to return the Remy Boy back to his Billboard Chart heyday – although the SoundCloud streaming numbers would say otherwise. “Hit Some Corners” has a tremendously catchy bounce beat and Fetty catches a smooth groove while “Strawberry Kush” beckons repeat listens, thanks to a concise chorus and decipherable verses. While the project’s highs may be scarce, hearing Fetty radiate his signature “yeeeeahs” and “baaaaabys” makes for easy listening.

Anyone who’s flabbergasted Bruce Wayne isn’t Dark Knight tough clearly hasn’t been following Mr. 1738’s recent trajectory. This just happens to be another uneventful mixtape from Fetty that puts him further away from the top of the charts – a place he seemed immovable from just three years ago.