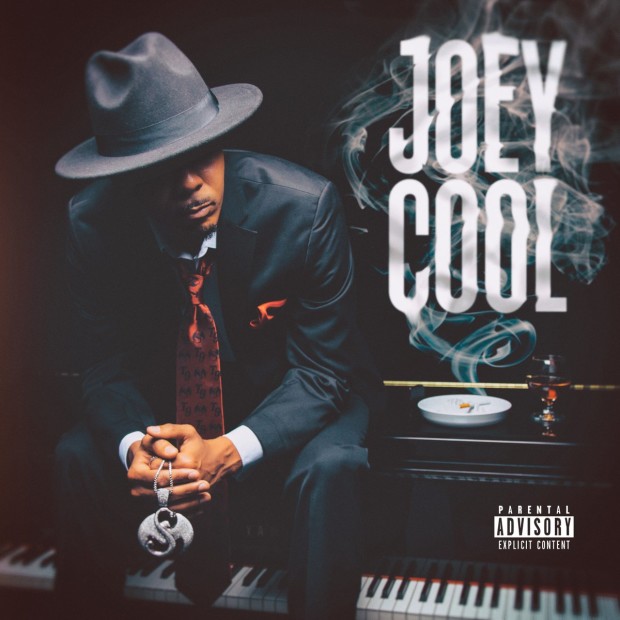 Rapper Joey Cool is far from a new jack; after a string of dope releases — including last year’s Swank Sauce —he finally drops off his first official project with the Strange Music imprint, with which he’s been connected to for years. Joey has amazing energy across the 14-song-effort with few audible missteps, little compromise, and a whole bunch of bars.

The LP kicks off with an atmospheric jazz lounge vibe, hosted by Kansas radio personality (Magic 107.3) Sean Tyler, under the alias Mr. Bitches. Amid chunky bass — reminiscent of Rakim’s “Don’t Sweat The Technic” — Joey sets off dense rhyme schemes that he doesn’t let up.

The LP traverses many vibes without breaking the overall tone and focus. “Change Your Life” sees him reflecting on his come up from unknown wordsmith to artist on a label he’s aspired towards for so long while striking down naysayers. “Boy don’t ask what I contribute, I showed up and brought the table … I’m gon’ keep proving these doubters wrong as long as I am able,” he raps.

This consistent sense of perseverance rears its head multiple times — on the Suli4q featured “Under Pressure” for example — as do reflective looks at life, loyalty, and the many jewels he’s collected along the way. In fact, the aptly titled “Life Lessons” lays out a number of the jewels, playing out like a mash-up of DJ Khaled’s keys and Biggie’s “10 Crack Commandments.”

Even on songs that seemingly have less noble purposes, like the Tech N9ne, JL, and Styles features posse cut “Hard,” and the money-hungry “Secure Bag,” he refuses to dumb down his detailed delivered. These two records, in particular, do come across as the obvious marketing meeting singles, however.

“Stranger Things” is one of the album’s most real moments, as Joey references everything from school shootings, police shootings, and America’s response to Puerto Rico’s disastrous 2017. “Donald Trump’s our president, I ain’t even got a line for that … Puerto Rico power down and out, ain’t nobody got no time for that,” he spits.

From top to bottom, Joey Cool’s self-titled opus mature, well-balanced, and lacks any overt attempt to ride discernible waves. While all the above sounds like positive feedback, its lack of any gimmicks will likely be the reason that many people will sleep on this project, for still feels like a hidden gem — even underneath the Strange Music umbrella.

Which is a damn shame; Joey Cool lives up to his last name.