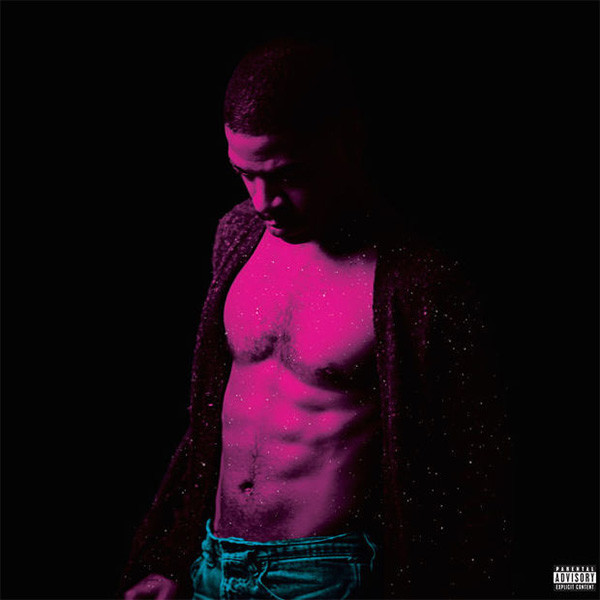 Before the social media firestorm threw meme production into hyperdrive, “KiD CuDi” was dropping Internet hilarity into the Hip Hop stratosphere simply by giving interviews. Approximately six years ago, Cudi told Complex’s Joe La Puma that he and his boys over at G.O.O.D. Music didn’t mesh too well with the sonics and styles of his once good friend, Wale. But to describe Cudder’s comments that way would be to put it politely. The Moon Man’s exact words were “We don’t fuck with you musically.”

Considering the close bond the two artist’s shared during their respective come ups, the 50th shade of Scott Mescudi came as a shock. But of course, the World Wide Web gave zero fucks, spreading the Clevelander’s out of pocket insult to anyone with a pulse and a Twitter account, or anyone that’d buy a t-shirt with the barb in bright red G.O.O.D. Friday font across the chest. For Hip Hop’s sake, both buried the metaphorical hatchet some time later via an underwhelming collab on Wale’s Ambition album, but little did we know that CuDi’s clash with the DMV rap stalwart would be one of the first of many outbursts at peers.

That’s why when mount Cudder erupted on a 140-character capped, not-so-subliminal shit talking sesh last September, no one in the game was surprised in the least, even when the jabs were sent in the direction of big brother and mentor Kanye West, and former champagne popping partner Drizzy Drake. After petty acknowledgement of setting the game’s tight pants precedent, and claiming to have “birthed” the 808s & Heartbreak pioneer, Ye backtracked to title Cudi “the most influential artist of the past ten years,” eventually inviting his former pupil, post-rehab, onto the floating Pablo Tour stage in Sacramento before storming off on a mental breakdown of his own.

Scott’s manic mentality and disregard towards the bridges he’s built in the game is one that has shaped him for better and for worse during his reign as the game’s lonely stoner. At what most perceive to be his pinnacle on MOTM2, the rapper detached from Plain Pat and Emile Haynie’s Dream On label, citing creative differences. From there, his musical trajectory resembled the ^DJI, as he dropped the experimental rock record WZRD (with Brooklyn-based producer Dot Da Genius), was mostly absent on the G.O.O.D. Cruel Summer album and even lost at Russian Roulette with his last project, 2015’s Speedin’ Bullet 2 Heaven (highlighting abandonment from some of his cult following). But with the drop of his sixth solo album, Passion, Pain, and Demon Slayin’, Cudi’s in good company with some familiar faces, proving that even through his sonic wandering, Ye and his family tree of collaborators do indeed still fuck with Cudi on the music tip.

Actually, it’s that sonic wandering that may be PP&DS’ strongest asset. Production on the album comes from a team led by one of the producers of the year in Mike Dean, along with Pat, Pharrell Williams, a trusted confidant in Dot, and Anthony Kilhoffer amongst others. Because of Cudi’s continued experimentation in various realms of music, no genre seems off limits to him on this project. On the Idle Kid and Kilhoffer-scored “Does It,” the Cud harkens back to his days as a mach-speed rhymer, but then four minutes later he’s back to trippy shades of 2013’s Indicud’s “Afterwards” on the Pat-produced “Dance 4 Eternity.” While CuDi took it upon himself to produce the majority of his post-G.O.O.D. projects, and though he does have credit for three tracks on his latest effort (including the woeful “Swim in the Light”), he benefits from handing the majority of instrumentation over to his rekindled counterparts.

Both halves of Skateboard’s “Flight At First Sight/Advanced” are tailor-made for the Moon Man, placing the rapper lovestruck beside a shorty before P throws the bells and bass into overdrive and Cudi ad-libs his way through a verse reminiscent of the hot 16 he spit for Tim Westwood circa 2009. And with Dot at the boards on “The Guide” and Andre 3000 lending his tightest feature of the year, the Rager gasps and slurs of sex and sin across a brooding synth and the constant clicking of red bottoms.“I heard she got these niggas fallin’ at her feet/she kneels to no one with her golden crown” he gossips to the listener, easily falling for the broad and begging her to show pity through their raunchy escapade. Much of the passion Cudi cites in the project’s title stems from this pursuit of intimacy with the opposite sex, something the rapper hasn’t found aside from his mother and daughter Vada.

But even the qualm felt through Cudi’s quest is put to ease on tracks marred in despair. We’re given another volume of big brother Cudder on “Wounds,” a song that sounds shot through a psychedelic wormhole with some Phil Collins drums and Matt McConaughey at the controls. It’s this role of lyrical martyrdom that the rapper came to embrace on “Revofev,” and one he’s continued to endorse with each release. And if Cudi’s sonic sacrifice for the culture isn’t obvious enough, little bro La Flame climbs onto “Baptized in Fire” to beg his idol’s return through nightmare and suffering.

These transient concessions to pain remain a hallmark of the Moon Man catalog, but not until PP&DS’ have we seen Cudi face his demons with such redeemed composure. Certain of seeing “the light” on “Cosmic Warrior,” he fights through spatters of 808s and a beautiful string arrangement, while his vocals soar across “The Commander,” preaching tales of destiny from his existential soapbox. Tracks like these offer a welcomed development from the dreadful Speedin’ Bullet….

Weighing in at 19 tracks and 86 minutes, PP&DS sprawls to a fault, but it sticks true to its branding. Cudi contorts through his emotions, at times too weak to fight, and at others rejuvenated and ready for battle, but the album comes as a requisite combatant to his demons, and a cinematic illustration of the war he’s continuing to fight. There’s perhaps no greater example than his Willow Smith duet, “Rose Golden,” the album’s self-affirming chant of confidence. Through fits of doubt, addiction, and isolation, Cudi continues to rise, each time brandishing another weapon in his arsenal, and a renewed outlook towards existence.