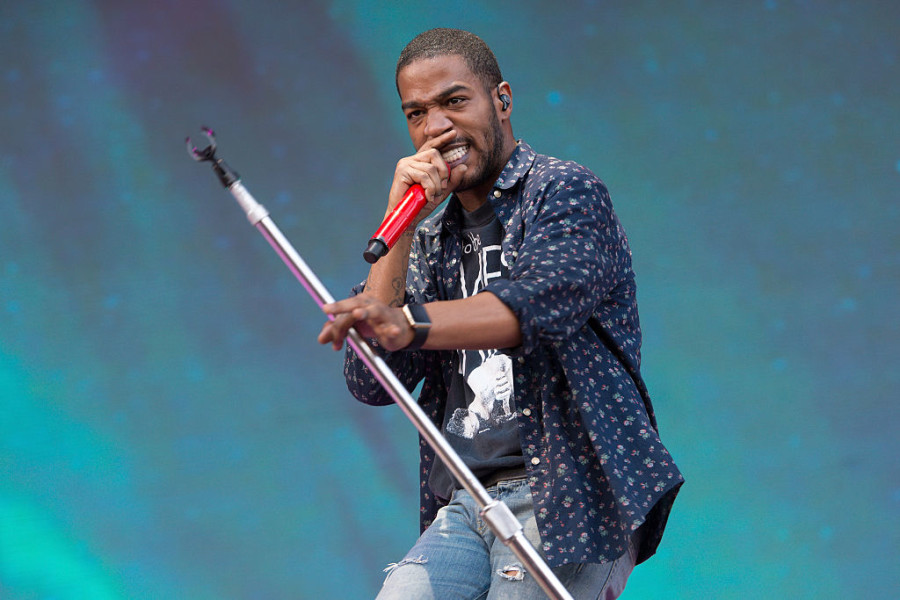 From Drake To Kendrick Lamar, Kid Cudi Has Never Held Back His Feelings

Here he goes again. Kid Cudi’s stomach is growling for beef, this time with former friends Kanye West and Drake. Cudder unleashed 15 tweets of fury in which he called out rappers for “talkin top 5 and be having 30 people write their songs for them.” He went on to say, “My tweets apply to who they apply. Ye, Drake, whoever. These niggas don’t give a fuck about me. And they ain’t fuckin with me.”

Kanye has already responded during his show in Tampa, Florida, stating that he feels “disrespected” by his former protege and G.O.O.D. Music signee.

“I birthed you,” Yeezy raged.

Drake also fired back at a show in Oakland, interpolating O.T. Genasis’ record to say, “Boy you getting way to high, you need to Cud-it.”

Maybe Cudi is feeling some type of way about his G.O.O.D. departure. Maybe he’s feeling confident because LeBron James just brought the NBA title back to his native Cleveland. Whatever the reason, this isn’t the first time Mr. Rager has let his short fuse blow. HipHopDX breaks down the past conflicts of Scott Mescudi.

Cudi’s first manager, Sydney MacDonald, took issue with claims made by the Man on the Moon on his first album. According to MacDonald, he managed Cudi for two years, got him his first production deal and even gave Cudi thousands of dollars from his company. MacDonald said this was all kept hush-hush when Cudi signed with G.O.O.D. Music, ditched him for Plain Pat and proceeded to record his first album under the tutelage of West.

“He actually reneged on our management agreement,” MacDonald told HipHopWired in 2009.

MacDonald kept quiet until he heard Cudi’s debut album, Man on the Moon: The End of the Day, which featured themes of coming up as a struggling artist with no one in his corner. MacDonald called this a “slap in the face” and said he was in talks with Cudi over getting his due credit and also management fees.

In an April 2009 interview, Cudi referred to MacDonald as an “agent” who got him an audition with producers looking for artists to work with. Cudi said through that audition, he was chosen out of about 370 artists, and worked with those producers for about a year before label meetings led to an encounter with Plain Pat.

In 2012, MacDonald did an interview with Comatose Rose Studios and was much calmer when speaking on Cudi. He said he talked with his former artist, but was still waiting for a return on the “efforts” he put into Cudder.

This started out vying for the gold in the Petty Olympics. After MGK used the word “rager” to describe his style, Cudi, who released an album titled Man on the Moon II: The Legend of Mr. Rager in 2010, took serious offense. Here’s what the Rager, Sr. said in August 2011:

“There’s only one original Rager, and that’s me. I started this ‘rage’ shit. The lifestyle, the term, the whole new meaning and definition of the word. Understand and be clear, I AM THE RAGER, IAM FOREVER. When you hear ANYONE talking bout ‘rage’ or ‘raging,’ know where that originated!! Guess ima have to do some trademarkin’. EXCEPT NO SUBSTITUTES. WE LIVE THIS SHIT!”

MGK tweeted a response calling Cudi a “jealous mufucka” and proceeded to to use the term “powerRAGERS” in his next tweet.

A few months later during the lead up to the release of his debut, Lace Up, MGK took a calmer approach when asked about Cudi in an MTV interview.

“In my honest opinion, I believe, as an O.G. like Cudi, who has been in the game two albums now, as an older guy, I’ll be looking at a young cat coming out of Cleveland and put my arm around him. Because that’s definitely what I’m doing,” MGK said. “I guess I’m just a little bitter on that, but all respect to everybody. I’m not gonna lie and say I’m not a fan of his music.”

It took some time, but eventually the tension quelled. In 2013, a fan tweeted to Cudi asking him why he hated MGK. Cudi responded that he didn’t hate MGK and that they had in fact met and everything was “all good.” He punctuated the tweet with the word, “CLEVELAND.”

That was it until January 2015, when Kendrick Lamar spoke on the killing of Michael Brown by a police officer in Ferguson, Missouri.

Dot told Billboard, “I wish somebody would look in our neighborhood knowing that it’s already a situation, mentally, where it’s fucked up. What happened to (Michael Brown) should’ve never happened. Never. But when we don’t have respect for ourselves, how do we expect them to respect us? It starts from within. Don’t start with just a rally, don’t start from looting—it starts from within.”

After Fiasco and Banks sparred for a few characters, Cudi chimed in with, “Dear black artists, don’t talk down on the black community like you are God’s gift to niggaz everywhere.” This seemed like he was calling out both Lamar and Fiasco. Lupe told Cudi to shut up, and Cudi responded by calling him “Poope Fiasco” and saying “fuck that niggaz feelings haha dweeb.”

Lupe told MTV that he’d been trying to talk to Cudi since their exchange over his personalized verses. “Cudi, let’s settle this,” he said. “Talk to me, before I fuck you up.” Things once again burned up in November of last year. Lupe made another threat against Cudi, rapping at a show in Milwaukee that if he saw him in the streets it would get “ugly.” However, he confused fans when at another point he spit “I’ma let that shit with fuckin’ Cudi go.”

Fiasco clarified on Twitter the next day that Cudi is “still a bitch in (his) book” but that the beef is over. In an uncharacteristic move, Cudi never directly responded to Fiasco. Instead, a month later, he took aim at nameless foes on Twitter.

“Gotta watch these lil rappin ass niggas,” he tweeted. “Thats why i dont fuck with nobody. Niggas wanna wear your skin.”

The two appeared together on XXL’s 2009 Freshman list but soon were at odds. After Cudi struck a fan at a show in ‘09, Wale rapped the line “Throwin’ round wallets like the dude that Cudi hit” on “Thank You.” In a September 2010 interview with Complex, Cudi called it “a simple-ass rhyme by a simple-ass rapper” and went on to say he and, ironically, Kanye West, “don’t fuck with (Wale) musically.” Wale responded on Twitter by saying, “Niggas lettin that liquid cocaine get to them,” referencing Cudi’s admitted drug use.

The war of words didn’t heat up on wax, though. The beef was squashed five months later. Wale told Complex that Cudi reached out and the two talked out their differences. They then made peace on Twitter.

Look at these two fucks tryna play me back in the day. This was 2009. Angie Martinez and DJ Enuff. Fuckin clueless. http://t.co/mpezrIgkmT

Martinez, who was enjoying a few drinks at the Miguel Cotto fight, responded in kind: “Soooo, u got an entourage cameo and u feelin yourself??! lol u were in my house… and i was tryna show u love. clown. smh @KidCudi.”

He responded by saying she was trying to “play” him, and that he didn’t “give a fuck” what she thought. While Martinez concluded with “never argue with crazy people,” Cudi told younger artists to “always stay true to you” and “let these other fucks catch up later.”

Martinez said a few days after that she regretted the way she handled the situation and was open to talking to Cudi.

Cudi rides for his fam. Back in 2014, Cudi tweeted to Jhene Aiko, then-wife of his producer and friend Dot Da Genius, “If you hurt him I’ll kill you.” Following their divorce and Aiko subsequently cozying up with Twenty88 collaborator Big Sean, Cudi was asked on Twitter by a fan about his tweet. He responded, “The funny thing is, we aint sweatin these bum bitches and these cornball ass niggas. We too busy makin better music.”

@JheneAiko if u hurt him ill kill u

“Better” music sounded like a swipe at GOOD Music, as Cudi had recently departed from the label, while he seemed to be dissing both Aiko and Sean.

He added, “I will ether anyone for my family.”

Soon after, Sean Don released “Switch Up,” in which he raps on the hook “This is for the ones thats always riding with ya ain’t switched.” However, he told MTV News that the song’s release was a coincidence and that he Cudi is his “brother for life.”

For Aiko’s part, she defended herself on Twitter for leaving Dot with tweets that said “he jumped ship a long time ago,” and “so glad to be free of all the drugs, depression and confrontation.”

In the words of the king of beef, Curtis Jackson, the drama never ends.