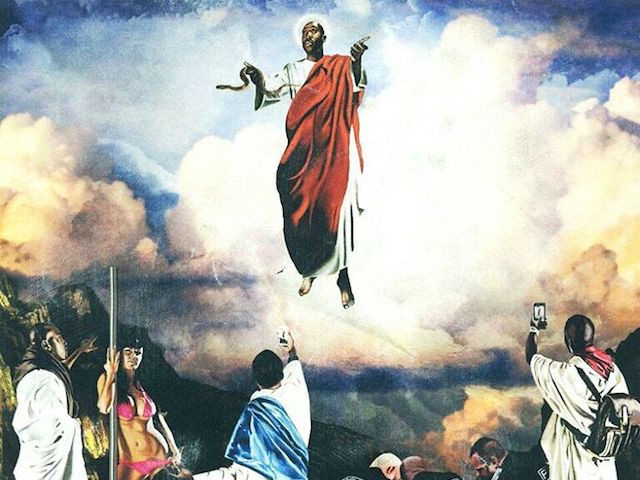 Freddie Gibbs is celebrating a new sense of freedom on his You Only Live 2wice album. The project comes months after he was cleared of rape allegations in Austria.

You Only Live 2wice is made up of eight tracks and has no features.

This is the follow-up to Gibbs’ last effort, 2015’s Shadow of a Doubt.

Stream Freddie Gibbs’ You Only Live 2wice album above and keep scrolling for the cover art and tracklist.

Freddie Gibbs is ready for a new chapter and will kick it off with an album called You Only Live 2wice.

The rapper made the announcement for the LP on Twitter today (March 8) after posting about “The Return” earlier this week. He shared that the LP is due out March 31.

The cover art shows Gibbs floating above a crowd, reminiscent of Renaissance art depicting the resurrection of Jesus.

You Only Live 2wice is made up of eight tracks with no listed features.

The project comes months after Gibbs was acquitted of rape charges. He was stuck overseas when a woman in Austria claimed that he raped her. The rapper was arrested in France last summer and was extradited to the country where he was being accused of the crime before finally being freed in September.

This is Gibbs first LP since 2015’s Shadow of a Doubt, which received a 4.0 rating from HipHopDX.

Pre-order Freddie Gibbs’ You Only Live 2wice on iTunes and see the cover art and tracklist below.