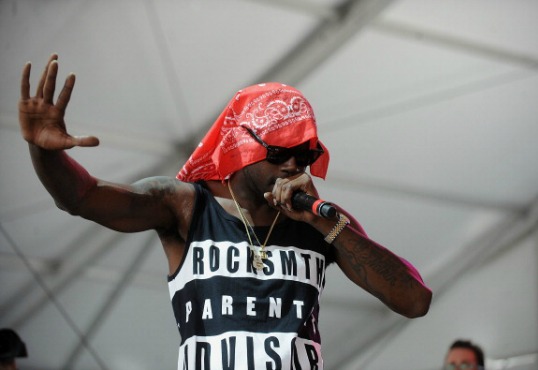 Toulouse, France – Freddie Gibbs was arrested on Thursday, June 2, in Toulouse, the capital of France’s southern Midi-Pyrénées region on suspicion of an alleged rape, HipHopDX has confirmed.

The arrest occurred moments before he was set to take the stage at the Rex, a venue in Toulouse in conjunction with his Shadow of a Doubt European Tour.

Authorities in Austria had issued a warrant for Gibbs, 33, claiming there was an alleged rape all the way back in 2015 and the French police acted on their behalf.

French publication La Depeche published a slanted report writing “[Gibbs] probably away and forgotten investigators” but HipHopDX spoke with the independent rap vet’s management and they say he has been “calm and cooperating with investigators, despite the language barriers.”

As for the length of time it took to even hear about the alleged rape, the Law Offices Of Scott E. Leemon, P.C. issued a statement obtained by HipHopDX to slam the arrest.

“SCOTT E. LEEMON, ESQ., United States based attorney for FREDDIE GIBBS states: FREDDIE GIBBS adamantly denies the allegations that have been levied against by Austrian authorities. It makes you wonder why it took almost a year for Austrian officials to bring these charges.
FREDDIE will be fighting the extradition request as these are nothing more than trumped up charges.”

Reports of Gibbs undergoing a hearing yesterday afternoon are also fairly inaccurate. He spoke with the prosecutor general on June 3 but his official hearing that will determine whether or not he will be extradited for more questioning in Austria will take place on Tuesday, June 7.

HipHopDX will keep you up to date on this developing ordeal.

Apologies to my fans in Vienna, Austria. Had some transportation issues. Will be back soon.