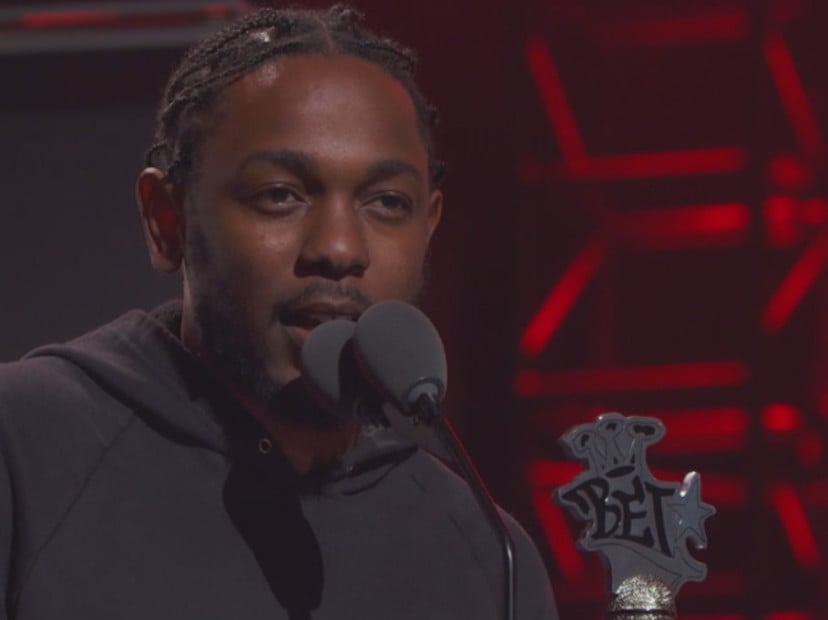 Atlanta, GA – This week, the 2016 BET Hip Hop Awards aired on Tuesday (October 4) hosted by DJ Khaled and included performances from Gucci Mane, Isaiah Rashad, T.I., Desiigner and 21 Savage, among others. Elsewhere, everything HipHopDX knows and understands about Meek Mill’s  Dreamchasers 4 is laid out in true investigative fashion. Lastly, Shawty Lo’s daughter publicly scolds fans for taking pictures of her late father’s open casket and posting them to social media.

The BET Hip Hop Awards, pre-taped in Atlanta, saw Kendrick Lamar take home an accolade for Lyricist of the Year who promised to “always be kickin’ that real muthafuckin’ shit” as long as he’s alive during his acceptance speech.

Drake, who was nominated in 14 categories, took home the award for Video of the Year for the Director X-created visual “Hotline Bling” and was also awarded Album of the Year for his multi-Platinum selling work VIEWS.

Snoop Dogg was also honored with the “I Am Hip Hop Award,”which was presented by fellow West Coast native K. Dot.

“He mastered the game through tests and challenges that earned him the respect of a college professor, except his game came from the streets,” Dot said before his presentation to Snoop. “He put (me) on game, so I would avoid the same pitfalls…Snoop Dogg was the god, and continues to be so.”

.@kendricklamar presents @SnoopDogg with "I Am Hip Hop" Award at the 2016 BET #HipHopAwards pic.twitter.com/ZMl5M5Mhez

Other winners of the evening include Chance the Rapper, Fat Joe, Remy Ma, DJ Khaled and Metro Boomin.

After missing his September release date, will Meek Mill drop Dreamchasers 4 this month? Between beefing with The Game, Beanie Sigel and Safaree blasting him over breaking him and Nicki Minaj up, Meek has been sharing sounds from the future project with his fans on social media. But an official drop date hasn’t been announced yet.

It was rumored he’d drop the same day as Drake unleashed VIEWS back in April. Then it was supposed to be this summer and then last month.

There’s also been a few mock cover art images that have been posted over the past year associated with the project.

Although Shawty Lo’s wake was open to the public, the family asked for there to be no pictures taken but over-zealous fans decided to take some anyway much to his daughter’s dismay

“Imma need for everyone to delete my fucking daddy picture of him in his casket off they page!” she posted on her Instagram page with a caption blasting the disrespectful fans who took pictures of the late Bankhead rapper while he was lying his coffin.

Shawty Lo (born Carlos Walker) was killed in a car accident after leaving the strip club Blue Flame Lounge in Atlanta on September 21. His memory was commemorated with a wake open to the public and a funeral procession that rightfully ended at the shake club.

In an exclusive interview with HipHopDX, frequent Big K.R.I.T. collaborator Big Sant shared with Features Editor Ural Garrett the moment he met K.R.I.T. when he was 13-years-old.

“I believed in him then,” said Sant. “At first, my guy was just writing. He was raw talent. Then, we got together and I helped him with song format at first and taught him how to count bars. After that, he blew up and took off running. I had to play catch-up.”

After losing his mother, Sant dropped his 3-song project, sleEP, a day after his birthday. The work racked up some serious SoundCloud numbers over a week.

“For me to drop music and my supporters show back up lets me know I’m in the right direction because I want,” he said.

Joe Budden also spoke with Ural exclusively for DX and discussed continuing his working relationship with araabMUZIK for his upcoming Rage & The Machine project, his first 100 percent independent release.

Although this project will not be EDM-focused, Joey feels like that’s the direction Hip Hop is going in sonically anyway.

“Hip Hop songs are sounding more like other genres and less like Hip Hop,” he says. “So, either a new genre will be birthed soon or we’ll morph into something else. A lot of the rappers now are doing something other than what I would classify as Hip Hop. The goal should be to broaden the genre as much as we can. I think we’ll hear more electronic and up-tempo sounds developing. We’re hearing a lot of it anyway. We’ll get to that eventually. I want to take advantage of all of Araab’s talents and EDM is one of them. I don’t think EDM is a far cry from New Jersey club music”

He also discusses treading the fine line between rap artist and being part of the media since the success of his I’ll Name This Podcast Later podcast.

Ruslan spoke with DX’s Senior News Editor Victoria Hernandez who described what life was like growing up as a white kid in a predominately black community in San Diego. On his new album, Americana, which dropped Friday (September 30), he’s lyrically telling his experiences about his journey from humble beginnings to owning his own record label.

“Americana is my contribution to American culture from the perspective of someone who doesn’t belong in American culture necessarily,” he says in an exclusive interview with HipHopDX. “So I’m an immigrant. I’m from another country. I wasn’t born here. When I came here, I didn’t fit in ‘cause I didn’t speak the language. Then on top of that, I’m a white guy who makes Hip Hop music, who’s married to a black woman, has a mixed kid. So I have a very unique vantage point. All my closest friends are black. And I think in the context of everything that’s going on nationally, it’s just me adding my perspective as someone that loves America and is as American as apple pie, but at the same time I feel very disconnected and not, I don’t fit in a box.”