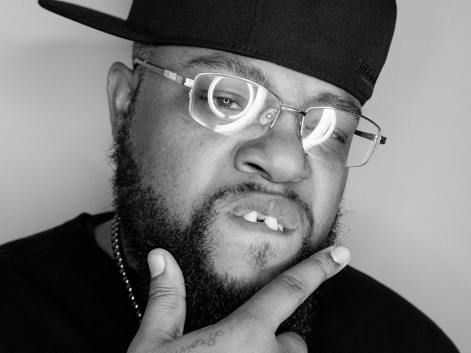 Since dropping his breakout 2010 K.R.I.T. Wuz Here mixtape, Big K.R.I.T. has always kept a Big Sant feature on various projects. Fan favorites from “Return of 4eva” to “Mo Better Cool” show the two have maintained a close professional and family-like relationship for years.

“My earliest memories is being at the club,” said Sant (real name Santiaugo Gathright) in an exclusive interview with HipHopDX. “I would watch while she was on stage eating french fries or some shit and some waitress watching me. Just seeing how happy she was on stage really did a lot to influence me to be on stage myself.”

As he partook in a journey to following his mother’s musical footsteps, Sant found himself running into a then 13-year-old K.R.I.T. who he viewed as a someone with huge potential.

“I believed in him then,” said Sant. “At first, my guy was just writing. He was raw talent. Then, we got together and I helped him with song format at first and taught him how to count bars. After that, he blew up and took off running. I had to play catch-up.”

Sant’s profile grew as K.R.I.T. became a rap sensation and entered the major label big leagues. This eventually led to him dropping his own set of dope projects including MFxOG and The Great American Mattress Sale, among others. He even collaborated with Smoke DZA and Scotty ATL. After finishing his MFxOG Mondays campaign and dropping Strictly 4 My SLEEPERZ last year, tragedy struck when his mother died months later in July.

“I didn’t write a verse from the time my mother went to the hospital to the earliest in September outside of three verses in total,” explained Sant of his grieving process. “I recorded three verses in total which is a remix track with Freddie Gibbs before he got caught up in his situation, the ‘Got Me Through’ joint with K.R.I.T. and one for somebody else.”

Getting his creative juices back after losing his main inspiration, he’s back with the three-song sleEP project. If track number two has anything to say, he’s feeling “Better Than Eva.”

The project features 3 of 10 tracks recorded since his short hiatus and is already racking up some serious SoundCloud numbers over a week. “For me to drop music and my supporters show back up lets me know I’m in the right direction because I want,” said Sant who released the project a day after his birthday. As a member of production company Multi, he’s currently working on his album as K.R.I.T. wraps up his first post-Def Jam project.

As Sant spits on sleEP opening track “all a playa do is stay fresh, not to impress, fuck the rest, do it for yo muthafuckin self,” this is all about having good ol’ Southern fun.

“Being around Big Sant is like being at a house party,” he explained. “You can bring anyone through as long as they’re good people. All is fun.”

Listen to the sleEP below.