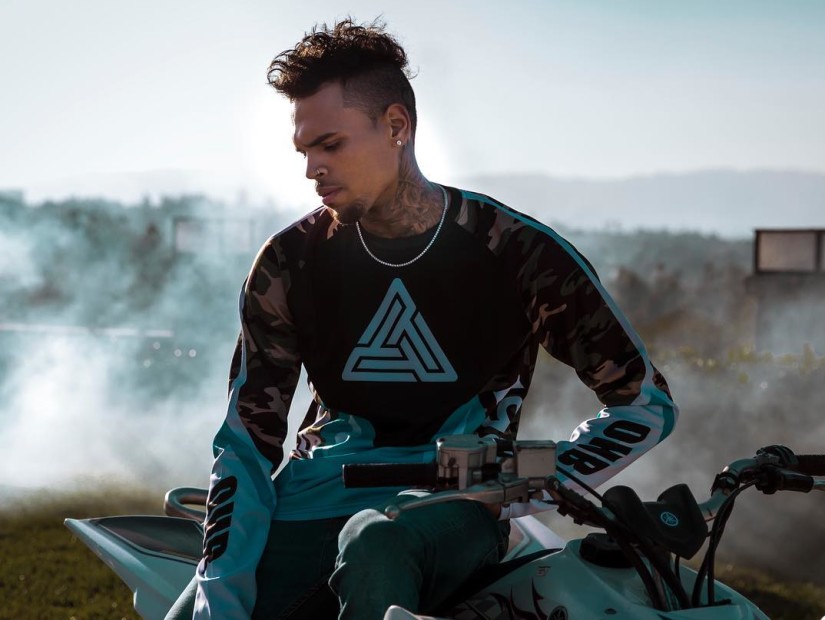 This week in Hip Hop, Chris Brown dominated the news with the drama surrounding dethroned beauty queen Baylee Curran accusing him of pulling a gun out on her resulting in a standoff with LAPD. Elsewhere, 50 Cent shows his support for Chris Brown in light of the accusations and lastly, the MTV Video Music Awards had many memorable moments including Drake professing his love for Rihanna.

On Tuesday (August 30) police arrived at Chris Brown’s Tarzana home at about 3 a.m. PST when a woman, later identified as Baylee Curran, called 911 claiming that he threatened her with a gun. Brown said he was asleep at the time of the alleged incident but that didn’t stop the LAPD and SWAT team from surrounding his home for hours until they got a warrant to search his home for the alleged gun and as usual, the internet went crazy.

Turned out there was no gun and Breezy’s accuser has a history of falsely accusing people of assault and stealing.

Although the “Grass Ain’t Greener” singer was taken in under suspicions of assault with a deadly weapon he was later released on a $250k bond.

While 50 Cent made headlines for hilariously making a parody of a recording of Future allegedly calling Puff Daddy an “old ass bitch,” he took a step down from his comedic throne to express his disdain for the way the LAPD handled things with the Chris Brown drama.

“That’s my boy.I watched him come up, a lot of the shit he go threw is crazy to me,” 50 said on Instagram . “If your not safe at home when do you get a break? If someone calls 911 and says you pulled a gun on them in your house, are the police coming to creat a bunker at the end of your drive way for 11 hours to wait for a search warrant? Then live stream it, This must be VIP Treatment.”

Hip Hop’s top couples were really a thing during the MTV VMAs this year. From Kanye West and Kim Kardashian opting to walk down the red carpet with a more tone-down-than-usual-for-the-Wests-look together to Nicki Minaj and Meek Mill embracing each other, there was plenty to see.

The night really took off when Drake told the world he was in love with Rihanna since he was 22, while presenting her with the prestigious Video Vanguard Award.

Kanye West gave an inspiring VMA speech, as expected, but not without Ray J speaking out just to remind him of the obvious and calling him a hypocrite.

Features Editor Ural Garrett might’ve given Larry June his best interview ever and it happened exclusively with DX. The two talked about him possibly having his own brand of his favorite fruit, oranges.

“I’m coming out with my own orange,” he revealed “I’m going to grow my own oranges and get my license together. I’ve been working on my stickers to put on it. I’m staying ahead of the game. I’ma do the weed too. It’s all good. I got a couple orange plugs.”

Also, Bishop Nehru says he wants to be great like Kanye West in an exclusive interview with DX.