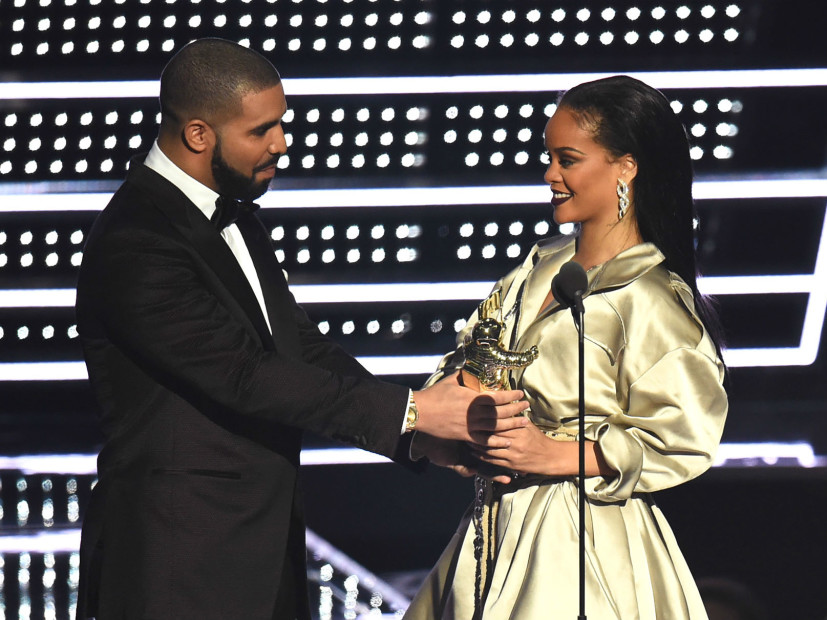 It’s getting harder and harder to believe Drake and Rihanna aren’t a couple. Last night, Drake presented RiRi with MTV’s Video Vanguard Award at the VMAs and gushed about her in his introductory speech.

“She’s someone I’ve been in love with since I was 22 years old,” Drizzy says to the crowd while looking dapper in a suit. The two embraced and shared a kiss after he ended his speech.

Drake set the tone for the presentation early, purchasing a billboard for Rihanna before the ceremony to congratulate her on the award. The two have worked together multiple times, including on each other’s albums this year with the Toronto rapper sharing some bars for “Work” and the singer lending vocals to “Too Good.”

Rihanna performed multiple times throughout the evening, including a compilation of her dancehall-inspired songs (“Work,” “Rude Boy” and “What’s My Name”), a high-energy showcase of “Needed Me,” “Pour It Up” and “Bitch Better Have My Money” and a sequence of her ballads including “Stay” and “Diamonds.”

Watch Drake’s presentation for Rihanna’s Video Vanguard Award below along with a complete transcription via Genius.

Come thru with the curve Rih Rih…after that man just said he been lovin you since Ye dropped 808 & Heartbreaks pic.twitter.com/GCKnKP1VSO