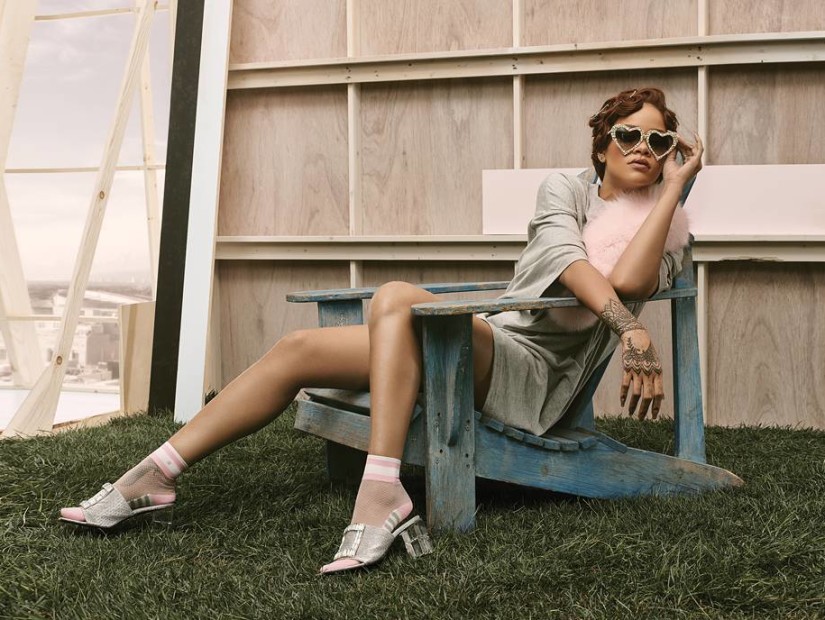 The Michael Jackson Video Vanguard Award honors the body of works of influential artists who have made an enormous effect on pop culture.

The 28-year-old Bajan songstress, born Robyn Fenty, has crushed the Billboard charts since her break-out single “Pon De Replay” dropped in 2005. She has released a total of eight albums with more than 61 million units sold, including her multi-platinum selling project Anti, which was released in January.

Rihanna won the coveted Video of the Year Award at the MTV ceremony twice, for 2007’s “Umbrella” and 2012’s “We Found Love” featuring Calvin Harris.

Riri is slated to perform at the ceremony and has also received four VMA nominations including a nod for Best Female Video for “Work” featuring Drake and Best Male Video for her contributions to Calvin Harris’ “This Is What You Came For.”

The pop icon will be joining the ranks of Beyonce, Janet Jackson, Britney Spears and Kanye West, who was crowned with the accolade by Taylor Swift at last year’s award show.

Rihanna’s influence has gone beyond music, trickling into the fashion realm too as the singer became the first Black woman to become the face of Christian Dior in 2015, which saw the release of her line of futuristic “Rihanna” sunglasses. Her Puma Fenty sneakers and furry slides have also become a true commodity, selling out within seconds of their release and selling for more than 50% of retail price on re-seller sites such as eBay.

The “Needed Me” singer was recently cast to play Marion Crane in the fifth and final season of A&E’s “Bates Motel.” She is also slated to join Cate Blanchett, Anne Hathaway and Sandra Bullocks among others, in “Oceans 11” spinoff, “Oceans 8.”